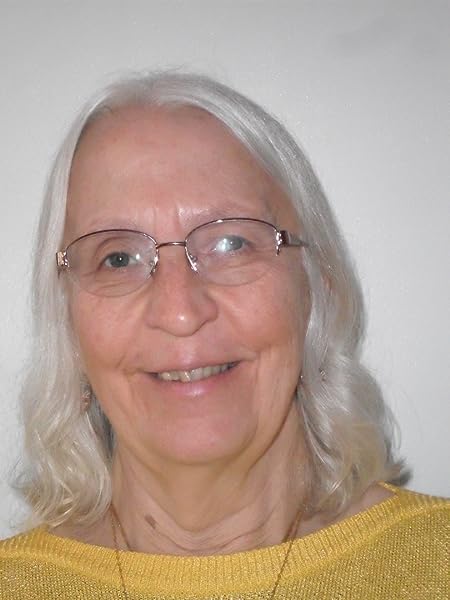 I am a retired Investment Banker who worked in The City of London for 28 years. I live in North Yorkshire with my husband Steve.

I have been creating alternative reality fiction for many years but due to pressure of work was unable to put pen to paper until being forced to take ill health retirement in 2004.

My latest work “Uncoupled” is my fifth published novel. Previously I have written extensively for the stage and have had two short plays staged at the Stephen Joseph Theatre where I studied stage writing. Prior to that, I studied “Screenwriting for Film & TV” at Hull University, Scarborough Campus which sadly, is now closed.

I am proud that due to my attention to detail and research my novels are educational as well as; I hope so anyway; fun. All legal & political facts in my works are 100% accurate and the “situations” though of course fictionalised have a hint of truth.

For instance, in my first book “TPYM” the cover is an actual photo of 11 Downing Street. The second book “Family Ties” bears a photo of the plaque at “Northstead Manor” the politically famous one of course! “According to Laura” has a photo of the London Eye, just down the Thames from Parliament. As you read the novel, you’ll see it’s symbolic as nothing in the story ‘ever quite makes it’.

The cover of my latest book was inspired by representations of atoms that appear on our TV news so regularly. The names are ‘coupled’ or not as you will discover… Rachel being the nucleus. 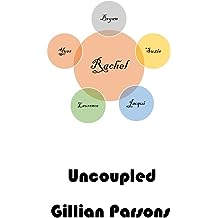 Uncoupled 26-Apr-2021
by Gillian Parsons, Stephen Parsons
£2.49 £7.99
The legal world is a minefield of business deals, professional and of course, romantic relationships. Star crossed lovers, separated in their youth; Bryan and Rachel are finally reunited. After being divorced by the girl he never wanted, Bryan puts his career in jeopardy by asking for a transfer to London where he hopes to find the love of his life, Rachel Robinson. Lady luck places them on opposite sides of The Bar where they incur the wrath of the presiding judge. Their on-off relationship has a labyrinth effect on their friends and families and their own relationships as they vie for recognition in their chosen profession. Set in The City of London, Scarborough and East Sussex. The saga tracks their lives from lovestruck teenagers to needy adults.
Read more
Other Formats: Paperback 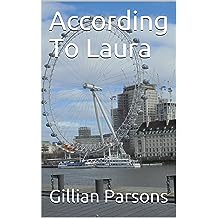 According To Laura (The Luscombe Chronicles Book 3) 08-Jan-2019
by Gillian Parsons, Steve Parsons
£1.99 £4.50
This is the final book in the saga: The Luscombe Chronicles and should be read after the first two books and backstory novella ‘Anthology’.
Prime Minister Giles has cancelled Brexit and the Country teeters on the edge of unrest as the Government struggles on. Giles himself is in hospital because he maintains that he has no memory of the last two years of his life including the momentous decision he took.
The title ‘According To Laura’ comes from Laura Duck, one of the principal characters who, as the title suggests is our ally and ‘the voice of reason’.
The main players, one by one encounter forces greater than Brexit.
Read more
Other Formats: Paperback 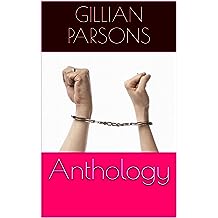 Anthology 25-Aug-2018
by Gillian Parsons
£0.99 £3.99
I am Polly Luscombe, wife of Prime Minister Giles Luscombe. I have begged, pleaded and cajoled a selection of characters from ‘The Luscombe Chronicles’ to introduce themselves informally, to you, their Reader. ‘The Chronicles’ are an ongoing saga of my husband’s family and his premiership during probably the most difficult time for the United Kingdom since WWII.
Read more
Other Formats: Paperback 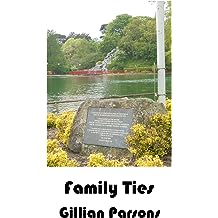 Family Ties: The Luscombe Chronicles Book 2 27-May-2018
by Gillian Parsons, Steve Parsons
( 1 )
£1.99 £6.00
Claire Campbell lies in a hospital bed in Scarborough while James has to deal with another personal tragedy. He is already navigating through his professional nightmare as he battles to revive the floundering economy. The electorate don’t appreciate his motives that are intended for the long term good of everyone.
We await the birth of Giles and Polly’s baby, the son and heir that Giles longs for… or perhaps he isn’t?
Graham Merritt, Giles’ Home Secretary and his family have two ‘causes for celebration’ and one immense sorrow as he is forced to resign from his senior Cabinet Post. Will he survive?
We meet Laura, the Secretary of State for the Environment and Climate Change. She is loyal and conscientious and together with her friend Kathryn Mitchell, the Health Secretary helps to maintain a calming influence as the rocky Luscombe government stumbles on, each day nearer to the cliff edge that is Brexit.
‘The Day’ arrives and Giles has to make a momentous decision.
Read more
Other Formats: Paperback 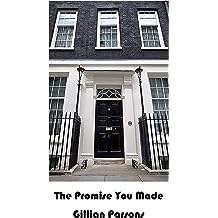 The Promise You Made: The Luscombe Chronicles Book 1 06-Mar-2017
by Gillian Parsons
( 4 )
£1.99 £7.99
12 year old Giles Luscombe had a dream. When he was ‘really old’ probably about 30, he was going to be Prime Minister of the UK. With his golden blond hair and angelic face, most people adored him.
That is, except three older boys at his prep school who terrorised younger pupils. Especially anyone they considered ‘different’. Blond, handsome Giles was a prime target. On his first day, Giles was being beaten by the chief bully; when a bespectacled nervous looking dark haired boy that he had never seen before, joined in the fray. Between them, they sent the bully to hospital. This day changed the boys’ lives for ever.
Giles and his ‘saviour’ were sent to the Headmaster and consequently were introduced. Giles told James (who has Asperger’s Syndrome) about his dream. The Headmaster said that James was top of the class in Economics, which was not a subject that Giles liked, so Giles promised him that one day, when the dream came true, he would make his new friend, Chancellor of the Exchequer.
Reviews:
I enjoyed reading the novel. It was fun and intriguing with an interesting twist to the story. A light hearted read, with a different view on politics.
Mrs Maureen Goodwill
(Wife of Robert Goodwill MP)
Reading Gillian’s first novel it shows that she has a passion for politics, tales with a twist and clearly has done research of all the elements of her story.
The fact that the author has Asperger’s Syndrome along with her main character James, she gives emotional understanding to the person that she created.
Jonathan C Simmons
Constituency Organiser, Scarborough & Whitby Conservative Association
Read more
Other Formats: Paperback