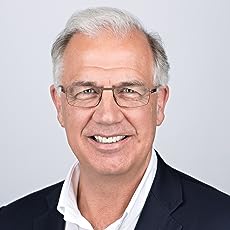 Follow to get new release updates, special offers (including promotional offers), and improved recommendations.
Long before Paul became sought after as an expert in the area of informal learning and workplace performance support, he grew up on a farm in New Zealand. His practical approach typifies the well-known Kiwi can-do attitude and focus on solutions that actually work. Leaving the farm behind, he travelled the world and gained valuable experience working in many industries and in many countries.

His last big corporate role was Director for a NASDAQ-quoted global IT company. He set up People Alchemy Ltd in 1999 and ran leadership and management development programmes for many blue chip clients in the UK. His company now focuses on providing online tools for learning, especially experiential and informal learning.

Paul's life and work history can only be described as a little unusual.

He grew up on a hill country farm in New Zealand and went on to study both Agriculture and Engineering at University. He graduated with first class honours and a couple of years later won a national farm machinery award for the design of a seed drill. The drills were exported by his employer to over 20 countries around the world. Years later, when he was travelling in Ecuador, he was amazed to see one of his seed drills up for sale in a second-hand farm machinery yard by the side of the road.

As many Kiwis do, he set off to see the world and travelled extensively, stopping along the way to earn money for the next adventure. He then landed what was to him a dream job, working for an adventure travel company leading overland expeditions into many remote areas of the world. All this experience, which lasted over four years, has given him some great stories to tell of far-flung places, from the Congo jungle to the Chinese Taklamakan desert. By the way, locals say the name means 'go in and you will never come out'.

Paul then 'got a real job' as an engineer in the UK. It proved quite a challenge to make the transition from travelling the wild places on the planet and needing to build a campfire each night, to working regular hours and commuting.

After some success, he was headhunted into a NASDAQ-quoted multi-national technology company, where he eventually held the role of Customer Services Director. It was during this time that he really started to appreciate the importance of learning, and was surprised that his adventures and the experience of observing people learn to cope with unfamiliar situations were so valuable in understanding learning. His curiosity led him into studying psychology, NLP and many other areas relating to how the mind works - knowledge which he could then translate back into the workplace.

The constraints of corporate life lost their appeal and Paul started his own company, People Alchemy Ltd, in 1999, working as a consultant, trainer and coach in the areas of management and leadership. Most of his clients were blue chip organizations and one client programme had over 1,200 delegates.

He soon recognized the need for more direct performance support and the importance of informal learning in all its guises, rather than the common L&D reliance on classroom training. Paul has a way of engaging people with this changing paradigm so they can grasp it, incorporating it into their own organizational learning and capability strategies. His approach helps people to fully cater to the learning needs of their staff so they can get the job done.
Read more 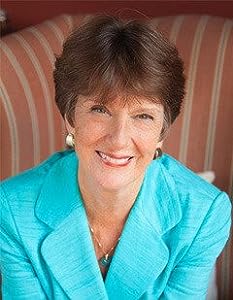 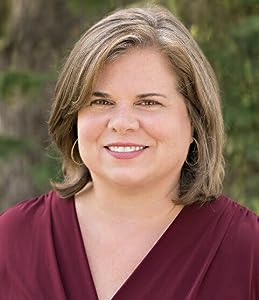 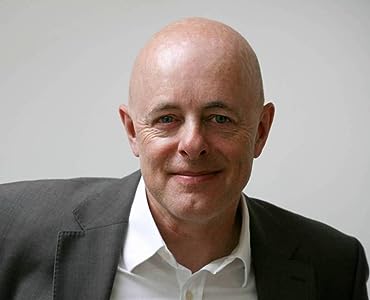 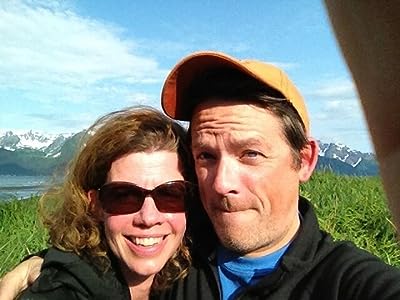 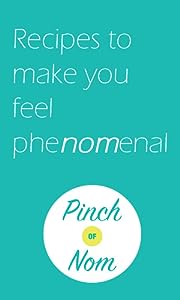 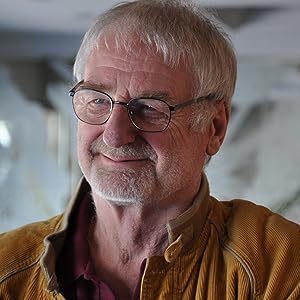 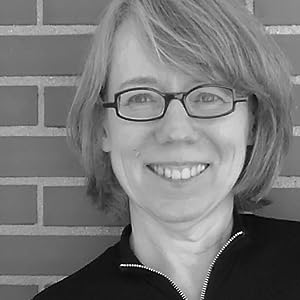 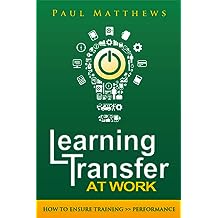 How to make sure your training gets results

Learning, and the hoped-for subsequent behaviour change is a process, and yet we focus on the training event thinking that if we can only get that right, everything else will be wonderful. This is no more true for training than it is for a wedding. The quality of the wedding ceremony does not predict the quality of the subsequent marriage. There is a lot more to do after the ceremony, and there is also a lot more to do after the training event to get to 'happily ever after'.

Sadly, very few people do what it takes to get even reasonable results from their training events. As Robin Hoyle puts it, "Learning transfer has been L&D's dirty little secret for too long. Too much of what learning teams do is well-intentioned but ultimately underwhelming."

Sustainable, competitive advantage is not so much based on what an organisation and its people know, but what they do with what they know. The global training market is worth well over $200 billion, but how much of that 'lands' and makes a difference? If you are reading this page, you already know the answer: 'Not nearly enough'.

This book is full of practical ideas you can use to do two things:
1. Convince those around you that the learning transfer elephant is real
2. Introduce processes and activities that deal with this elephant
Doing this will get you better returns on your L&D budget, so seize the opportunity!

- Foreword by Andy Lancaster
- What is learning transfer?
- Why do we avoid it?
- Where does it start?
- Informal learning
- The Learning Stack
- Triggers that work
- Mindset
- Near and far transfer
- Creating new habits
- Support
- Measurement
- The brand of L&D
- The practical stuff
- 168 tips, ideas and tools
- Companion reading
- Index 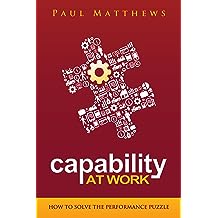 How to tackle poor performance and build capability

Many organisations struggle with poor performance. Despite investing in various learning and development initiatives they seem unable to solve the performance puzzle. They cannot get to the real underlying cause of the lack of performance, and so it continues.

Think about it this way - wherever there is poor performance, it is because someone is not capable of doing what needs to be done. Something is stopping them from doing the job in front of them.

This book is like a 'Field Guide' that shows you how to operate as a performance consultant, how to identify the root causes of poor performance, and how to collaborate with the operations managers to deal with those root causes.

It is clear that the role of Learning and Development is changing. This is both a challenge and an opportunity for L&D practitioners. The opportunity is yours for the taking! 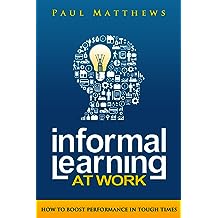 How to build Informal Learning into your learning strategy

Discover how the role of anybody involved with workplace learning, enhancing capability and improving performance MUST change to successfully manage the critical shift in the way organizations need to cater to the learning needs of their employees.

Despite millions spent on training, surveys show that the majority of workers are disengaged and delivering far less than they are capable of. Deliberately harnessing the power of informal learning is the new way to tangibly improve worker capability and performance, right at the point of work.

This book shows you how, using practical advice from workplace learning experts, and examples and case studies from around the world. It establishes the relationship between informal learning and employee engagement, knowledge management, organisational development, performance support and competence.

It is clear that the role of Learning and Development is changing. This is both a challenge and an opportunity for L&D practitioners. The opportunity is yours for the taking!