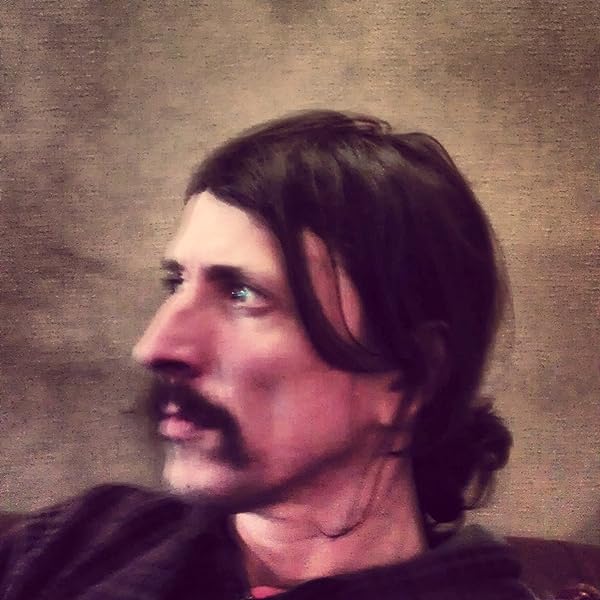 Fastest delivery: Monday, Aug 17 Details
FREE shipping to Pick-up Points. Details
Pick up your parcel at a time and place that suits you. How to order to an Amazon Pickup Location? Learn more
Read more Read less

4.3 out of 5 stars
4.3 out of 5
18 customer ratings
How does Amazon calculate star ratings?
Amazon calculates a product’s star ratings based on a machine learned model instead of a raw data average. The model takes into account factors including the age of a rating, whether the ratings are from verified purchasers, and factors that establish reviewer trustworthiness.

David Heath
5.0 out of 5 stars Not just a book. A Bible.
Reviewed in the United Kingdom on 5 January 2015
Verified Purchase
This book achieved a five star rating in all judgeable aspects of my profoundly exhaustive judging criteria. From the way it landed on my doormat as it was posted (such aplomb) to the way I held it in my hands when I opened the parcel (shivering) to the way the pages smelt and tasted when I observed its tactile feature set (delicious and fragrant) through to how I laughed like a virgin flushed toilet as I devoured every syllable and layered allegorical metaphor from those glistening, sleek pages.
Read more
Helpful
Comment Report abuse

Mike
5.0 out of 5 stars Straining for the next book
Reviewed in the United Kingdom on 18 January 2016
Verified Purchase
I read a chapter every time I poo.
A year later, I still haven't finished it.

Amazon Customer
5.0 out of 5 stars Undiluted Genius!
Reviewed in the United Kingdom on 10 October 2014
Verified Purchase
Stunning documentary of life on a small island. I'm sure this will be made into an epic film, with Brad Pitt starring as JPB, and Javier Bardem as Enrique...
Read more
One person found this helpful
Helpful
Comment Report abuse

Mike
5.0 out of 5 stars Really good
Reviewed in the United Kingdom on 6 June 2014
Verified Purchase
It's really good. I enjoyed all the stories about the things he wrote in this book, which I read and enjoyed.
Read more
Helpful
Comment Report abuse

sir
5.0 out of 5 stars The very essence of humour
Reviewed in the United Kingdom on 28 November 2014
Verified Purchase
Some of the reviews of this book are obviously fake, and it really cannot be possible that Barker got 5 stars from everybody. I mean COME ON !!!!! At least - that’s what I thought before I read it.

Now I can see that not only are those reviews completely justified, in some notable cases they don’t go far enough.

Not only does this paperback edition occupy three dimensions of physical space, it occupies a little bit more of the Y axis than your other paperbacks do, because it is in TRADE PAPERBACK format which, according to the New York Times, was Simone de Beauvoir’s favourite paperback format. So that’s “one-nil” to the book designer.

'A Year and a Day - Book One : Winter' is a series of vignettes depicting convenience retail life on a small island completely surrounded by the sea. Recounted from the perspective of the author, who occupies the commanding ‘counter’ position of a local SPAR shop - but is nonetheless still subordinate to the Colombian store manager - each episode spews literature words and readable paragraphs to create a hole which is way, way bigger than the sum of its parts.

Spanning two countries (including one island) and mentioning at least three retail chains by name, this slice of parochial life is more than just amusing : it is the essence of the very densest isotope of humour, fractioned, distilled, put in a centrifuge and enriched, packed in a bomb casing, surrounded by complicated explosives and fusing mechanisms, and then imploded - right at the centre of your brain.

Jamie P. Barker has crafted a truly remarkable work. His stream of consciousness narrative refines and perfects what James Joyce tried but ultimately failed to achieve in his entire body of work. The incisive characterisation, the documentary dialogue, the juxtaposition of the mundane, the disgusting and the surreal brings to mind a more scarred and depraved Will Self at his most disturbed very worst.

J. W. Hamblin
5.0 out of 5 stars The Voice of a Generation
Reviewed in the United Kingdom on 5 February 2014
Verified Purchase
Once, every hundred years or so, the stars align and a figure appears through the smoke to take us by the hand. We call them seers, prophets - even messiahs. They seem to have divine knowledge of the future, and an almost omnipotent knowledge of the past.

If we only ever saw these figures for what they were, humanity would be in a very different place - a place of love and harmony and peace. Instead, we throw rocks at these people, call them names, even execute them.

Jamie P Barker is not one of these figures - he's just a guy who's written a pretty amusing book about life on a provincial island that no-one gives a toss about. So feel free to throw as many rocks at him as you like. But at least buy the book first, yeah? It's the least you could do.
Read more
6 people found this helpful
Helpful
Comment Report abuse

WelshRidesBison
5.0 out of 5 stars Jersey's most important person
Reviewed in the United Kingdom on 16 April 2014
Verified Purchase
I like this book better than Firefly, The Wire and Breaking Bad! And that's despite it being written by an idiot. Thing is, this guy is an *actual* idiot, that rarity of a voice who's neither clown nor troll, but has this seemingly endless capacity for loitering somewhere in between, never standing still.

Jamie Barker's rambling, self-occupied stories are kinda brilliant, overwrought yet flowing, and you can never quite tell whether they're true or not, so you're basically getting two books for the price of one. In this year-long chapter of Jamie's life, there's never an exciting moment, just well-trodden turns of phrase written in slightly crooked order, plus pit stops of casual narcissism and human awkwardness muttered in such perceptively plain terms that I don't know where to look. So I just laugh out loud instead and give it five stars, hoping no-one notices that I've no clue what's going on.

You should definitely give it a whirl, even if you end up hating it. You'd never say that about Firefly, The Wire or Breaking Bad now, would you? Well exactly.
Read more
3 people found this helpful
Helpful
Comment Report abuse
See all reviews from the United Kingdom
Unlimited One-Day Delivery and more
Prime members enjoy fast & free shipping, unlimited streaming of movies and TV shows with Prime Video and many more exclusive benefits.
> Get Started