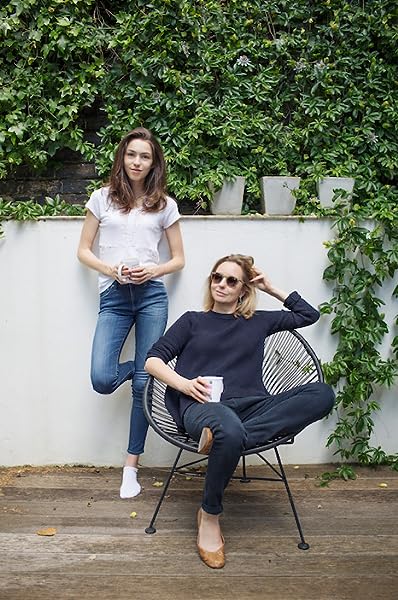 Fastest delivery: Monday, Aug 10
Order within 20 hrs 28 mins Details
Note: This item is eligible for click and collect. Details
Pick up your parcel at a time and place that suits you. How to order to an Amazon Pickup Location? Learn more
Read more Read less

Perdita Cargill is a former barrister and her sixteen-year-old daughter Honor is currently studying for her A-levels. Honor herself has dipped her toe into the world of acting, giving them some unforgettable experiences to draw on for their debut novel together. They live in North London.

Perdita Cargill is a former barrister and her eighteen-year-old daughter Honor is currentlystudying at Oxford. Honor herself has dipped her toe into the world of acting, giving them some unforgettable experiences to draw on for the WAITING FOR CALLBACK series.

5.0 out of 5 stars
5 out of 5
17 customer ratings
How does Amazon calculate star ratings?
Amazon calculates a product’s star ratings based on a machine learned model instead of a raw data average. The model takes into account factors including the age of a rating, whether the ratings are from verified purchasers, and factors that establish reviewer trustworthiness.
Top Reviews

elwix
5.0 out of 5 stars Warm and VERY funny - It's A Treat!
Reviewed in the United Kingdom on 4 June 2018
Verified Purchase
It’s A Wrap is the last book in the Waiting for Callback trilogy (sniff…) and such a fitting finale to Elektra’s story.

Although I didn’t want it to end, I couldn’t help but read this in one go because Elektra’s world is such fun to be in. The ups and downs of her life, the emails, the texts, the snippets of celeb gossip, the on-set shenanigans, genius one-liners, and spot-on skewering of Twitter branding – all add to the joy of the book. Plus there’s a fantastic cast of characters to care about (special mention for fabulous step-grandmother Eulalie who deserves her own spin-off).

Vanessa Harbour
5.0 out of 5 stars Perfect ending
Reviewed in the United Kingdom on 23 August 2018
Verified Purchase
Loved following Elektra and the characters through all the books. The writing continues to be tight and funny taking you on an emotional roller coaster. This is a brilliant trilogy that is well worth reading.
Read more
Helpful
Comment Report abuse

Sveta Douglas
5.0 out of 5 stars Terrific. Tremendous fun with Elektra and Moss
Reviewed in the United Kingdom on 5 June 2018
Verified Purchase
Terrific.
Tremendous fun with Elektra and Moss, Archie and Carlo and the magic new puppy - although Digby is never to be forgotten.
Elektra's career staggers/bounds on with the assistance or otherwise of doubtful parents, exotic grandmother, concerned school and even more concerned agents and PRs.
Long Live Electra and this series. Hollywood coming.
Read more
Helpful
Comment Report abuse

Freya Allison
5.0 out of 5 stars Love it
Reviewed in the United Kingdom on 26 July 2018
Verified Purchase
Can’t put this book down perfect for budding actors . I think it’s the best book I have ever read.
Read more
Helpful
Comment Report abuse

Book Lover Jo
5.0 out of 5 stars Smart, clever and oh so funny, a joy from start to finish
Reviewed in the United Kingdom on 3 June 2018
Elektra seems to be finally gaining some control of her slightly chaotic life and with her role in the massive blockbuster film Raw, surely her dreams of becoming a successful actress are bound to come true. But we know life is never that easy for our hapless heroine Elektra.  When the promotion for Raw begins to build it becomes glaringly obvious that Elektra’s real life and personality isn’t quite what her PR team are looking for. Whilst they want her to post glamorous selfies the best she can muster is picture of badly carved pumpkin and her measly handful of followers is declared a total disaster. How is Elektra ever going to juggle studying for her GCSEs, maintaining a long distance relationship with the delectable Archie and having a glamorous social life when in fact she has no life at all outside of school. As the days countdown to the release of Raw her control on her life and chances of fame and Hollywood success seem to be slipping out of her grasp.

‘It’s A Wrap’ takes Elektra to a whole new brutal level of cringe worthy action, capturing superbly the pressure on teens growing up in a social media dominated world. Although Elektra is very much in the spotlight with the up and coming media release this story cleverly highlights once again the struggle of any awkward teen who doesn’t quite fit in with the shiny, glossy and ultimately fake world presented in social media. The #ElektraWozHere moment will literally make you want to hide behind the sofa or lock yourself away in your room as you feel her humiliation shine out of the pages. There are so many moments of pure comedy genius that will have you crying with laughter.  Perdita and Honor’s strength is that they are genuinely funny writers who provide a witty social commentary that is brilliantly entertaining and leaves you desperate for more. I’m so sad to see this series come to an end but they have ended it in a very fitting and honest way that feels just right for Elektra and I just adored it. So with tears in my eyes and a smile on my face, all that’s left for me to say is, It’s A Wrap!
Read more
2 people found this helpful
Helpful
Comment Report abuse

Madge Eekal Reviews
5.0 out of 5 stars Packed with the cringe-worthy and laugh out loud moments, this is a perfect read for teen girls.
Reviewed in the United Kingdom on 7 December 2018
Elecktra James is finally back and life hasn’t got any easier. She’s still not sure where she stands with the boy of her dreams. She’s wrapped her first feature film but the industry gossip is almost all negative and she’s terrified as the days to the film’s release count down. Her co-star has developed an obsession with her best friend and her GCSEs are looming. And, if that wasn’t enough, she’s expected to create a perfect social media persona to promote the forthcoming film. It’s hardly surprising she doesn’t know where to start.

A huge fan of the Waiting for Callback series, I was delighted to settle down to read the final instalment. It’s been over a year since the second book, Take Two, was released and I was keen to again spend time with Elektra James and her family. As with the previous books, Elektra’s authentic teen voice is instantly appealing although I did miss my favourite character – Elektra’s long-suffering, slightly neurotic, mum – who has a much smaller role in this book. Fortunately, this gap is more than made up by an entertaining sub-plot with Elektra’s arrogant co-star, Carlo.

It’s a Wrap is packed with the cringe-worthy and laugh out loud moments that we’ve come to expect from this fabulous teen series. Indeed, this book exceeded my expectations on this front: it has one of the funniest scenes I have perhaps ever read in a book. Elektra is filming a banquet scene in a costume drama and things go slightly and unexpectedly wrong when part of her ‘costume’ escapes, splattering gravy then cranberry sauce in every direction. I had tears streaming down my face and my shoulders were shaking uncontrollably as I read the scene. (Which is really not ideal when you’re travelling on packed public transport. I will leave you to imagine the strange looks from those around me. However, it did give me the opportunity to hold up the cover to show what I was reading so, hopefully, a few might be inspired to find out for themselves what was quite so funny.)

While the story remains essentially a light-hearted holiday read for teen girls, this third and final book in the series also has a hidden message about the potentially damaging impact of social media on modern life. Elektra’s attempts to live up to her publicist’s expectations clearly highlights the divorce between reality and a social media image. (Although, in keeping with the uplifting tone, Elektra does ultimately take back control and I just loved her response when social media turns nasty, creating her own hashtag #ElektraWosActuallyHere).
Read more
Helpful
Comment Report abuse
See all reviews from the United Kingdom
Unlimited One-Day Delivery and more
Prime members enjoy fast & free shipping, unlimited streaming of movies and TV shows with Prime Video and many more exclusive benefits.
> Get Started