World Cities and Nation States and over 8 million other books are available for Amazon Kindle . Learn more
Share <Embed>
Have one to sell?
Sell on Amazon 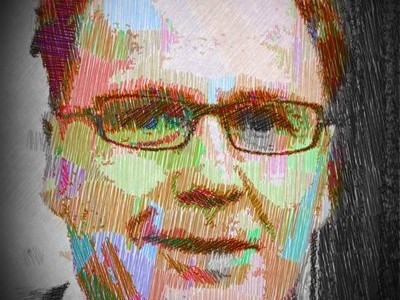 Start reading World Cities and Nation States on your Kindle in under a minute.

Although the century of the nation state is over, it casts a long shadow on this century of cities. The extent to which the long wave of global urbanisation will in hindsight come to be viewed as a success for human development, will in no small part be down to how well nation states and their world cities team up and work together.


The age of cities, and in particular world cities, is upon us. The phenomenon of globally trading and connected cities follows directly from a 20th century that was in many ways the century of the nation state. One of the paradoxes of this new century of cities is that it inherits nearly all the political structures, identities and organising principles of the nation state system.
This poses a big question: how are world cities and their national governments reorganising and updating their relationship for the urban age? World Cities and Nation States observes these new relationships in 12 leading world cities as the basis for starting a global discussion about the ways that nation states are adjusting to the globalisation of major cities. Through in-depth case studies and interviews with numerous national ministers, city government officials, institutional leaders and academic experts, the authors reveal how cities and nations are adjusting differently to ensure not only progress in the world city, but also the development of their national systems of cities. Despite predictions of the rise of city-states, the book argues that a spirit of partnership will be essential to the sustainability and success of world cities and nation states alike.
The book is an invaluable read for policy professionals at the city, regional and national levels as well as business representatives entering new urban markets. By focusing on the legal, political, economic and spatial framework in each city, it also provides a useful source for students and academics in urban studies and related fields.

Greg Clark is an advisor and mentor for cities, business, and investment. He works with leadership in global cities, global firms, global institutions, and at global gatherings.Greg trained as an Economist, Social and Political Scientist, City & Regional Planner at Cambridge University, UK, Columbia University, NYC, and London School of Economics. Harkness Fellow and author of ten books and numerous reports and papers on cities and business development issues. He has just been awarded the CBE. Tim Moonen is a researcher on the future of cities and globalisation, and currently the Director of Research at The Business of Cities. He has written extensively about global urban financing, long-term strategic planning, and comparative city competitiveness. He has recently authored and co-authored original work on international development bank investment for cities, the future of European cities, and the concept of global fluency as a tool for city and metropolitan leaders.

5.0 out of 5 stars
5 out of 5
2 customer ratings
How does Amazon calculate star ratings?
Amazon calculates a product’s star ratings based on a machine learned model instead of a raw data average. The model takes into account factors including the age of a rating, whether the ratings are from verified purchasers, and factors that establish reviewer trustworthiness.
Top Reviews

P. Johnson
5.0 out of 5 stars A Must Read for politicians and business leaders involved in Policy Formulation and Administration of the World's Leading Cities
Reviewed in the United Kingdom on 18 April 2017
Verified Purchase
In this compact volume the authors provide an incisive summary of the seminal issues affecting the relationship between cities of global stature and their host nations. Strategic snapshots of a dozen of the world's preeminent cities sharply illuminate the tensions, tactics and theories governing the complex, and individually distinct, evolution of the city- state axis. A number of pertinent statistics, graphics and frameworks help to elucidate the narrative. The volume concludes with some thoughtful, overarching perspectives that help to unlock the perplexing narrative of challenges, priorities and externalities. While identifying trends, and providing a supportive agenda for future intervention, the tone is neither normative nor dogmatic. The book is underpinned scrupulously by extensive references to relevant academic research and the findings of recognised international institutions. This volume provides a powerful international lens to help focus politicians, civil servants and business leaders involved in policy formulation and urban administration. I recommend it most highly.

Mateu H.
5.0 out of 5 stars A must when talking about the cities phenomena. Deep analysis, great examples, and good pedagogy.
Reviewed in Spain on 25 January 2017
Verified Purchase
It is one of the most complete global contemporary analysis of the role of cities in todays global world. Provides a theoretical frame and a great range of examples.
Great for academics, for practicioners, and general media.
Read more
Helpful
Sending feedback...
Thank you for your feedback.
Sorry, we failed to record your vote. Please try again
Report abuse