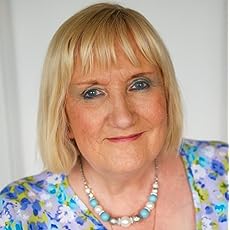 Wendy is a life and career coach, as well being a writer and poet. She grew up in Walsall in the West Midlands in the UK.
Wendy trained as a nurse at the Royal Free Hospital, London. Before working as a writer and coach, she had a management career in the UK Civil Service and worked as an independent consultant with organizations like the BBC.

Readers in other countries will find her books available on their local Amazon site.
Read more 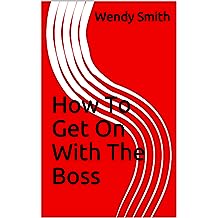 How To Get On With The Boss 14-Jun-2015
by Wendy Mason
£0.99
Learn how to make a great first and lasting impression at work. Help your boss help you. Don't be made unhappy, suffer stress and lose confidence because you cannot get on with the person in charge. Poor relationships at work can damage life at home as well as your career. There may be long-term effects on health and on your motivation. This little eBook by an experienced manager and coach can really help.
It covers;
• What it means to get on with the boss
• Why it matters
• How to know whether you get on with your boss
• Getting it right
• What your boss really wants
• How requirements can change over time
• Making a good first impression
• Keeping respect once you are established in the role
• What to do when things go wrong
• Bosses with problems
• Demon bosses
• Putting things right
• Moving on when it is time to go
• Bullying 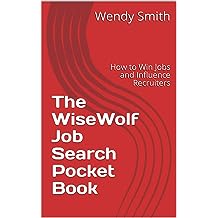 The WiseWolf Job Search Pocket Book: How to Win Jobs and Influence Recruiters 19-Sep-2014
by Wendy Mason
£0.99 £5.00
This is a concise and practical little workbook. It is for all who have the courage to go out and learn the new skills necessary to find a job now. When you buy this book you are investing in yourself and your future success. It is written by Wendy Smith (Wendy Mason before her recent marriage) who is a qualified and vastly experienced career coach. In her coaching she incorporates life coaching skills to develop her client's confidence. She has helped lots of people get the job they want! This book distills her knowledge and experience of job seeking into simple and practical guidance.

With this book you will learn how to:
1. Find the right opportunities
2. Become the best candidate
3. Navigate the recruitment process
4. Make a great start in your new job

INCLUDES A SPECIAL OFFER FOR READERS 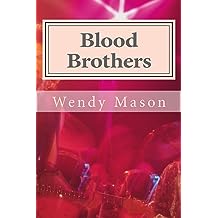 Blood Brothers 28-Sep-2013
by Wendy Mason
( 1 )
£1.99 £6.99
Blood Brothers is the new novel from Wendy Mason, author of The Wolf Project.
It is a modern adventure story with adult romance, a little tragedy and just a tiny sprinkling of horror and suspense.

The story mixes the world of a troubled eighties' rock god with that of an international celebrity wrestling star and his sinister twin brother.

And then of course there is the lovely Jenny!

Jenny goes to school with the twins, Terry, and the shadowy and distinctly odd, Georgy. She doesn't have much to do with them when they are kids. And she has no idea how their lives will intertwine with hers later, nor the tragic and frightening consequences.

Young Jenny is determined to go on her own journey. She gets the chance when she meets the glamorous, Julian; a man desperately in need of a wife!

Terry goes on to become the tough and edgy, Steve Chance, celebrity wrestler; whilst Georgy has his own private interests.

The plot moves between quite different worlds. We travel from a quiet suburban house in the English Midlands to taste life in five star hotels in London and Paris. Then we move on to play in the casinos of Las Vegas; returning to visit a rather unusual clinic somewhere in the English countryside and even to sample life in prison.

There is a love story, of course. But it is a complicated, quirky and distinctly adult one! Jenny doesn't meet her prince, marry and then live happily ever after; at least. not for a while!

Blood Brothers mixes the world of rock and the excitement of international celebrity wrestling with a touch of the criminal underworld.
Read more
Other Formats: Paperback 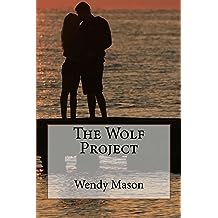 The Wolf Project 08-Feb-2013
by Wendy Mason
( 5 )
£1.99 £5.50
For Liz Morris, the last few years have been hard. She had been a successful TV writer. Then her marriage broke up and she lost both her money and her confidence.

Now, she has been asked by the formidable Annabel Meadows to help her husband, retiring American General, George “Jet” Meadows, write his autobiography.

But Liz doesn't want the work. Why would she want to swap the simple life in her little cottage in Wales for such a large, complicated project and a life among strangers? Plus she suspects the General’s wife fancies being the romantic lead. And Liz believes there will be very little real romance around a working 21st century general.

Then the roof falls in – literally - and Liz needs money to repair it.

The Wolf Project shows age is no barrier to falling in love but its complications will pull at your heart strings. See how just one decision can change your life forever. For Liz, the journey leads her to London, Washington and Paris but what is it taking her towards?
Read more
Other Formats: Paperback