Welcome Back Jack: Volume Four and over 8 million other books are available for Amazon Kindle . Learn more
Share
Have one to sell?
Sell on Amazon 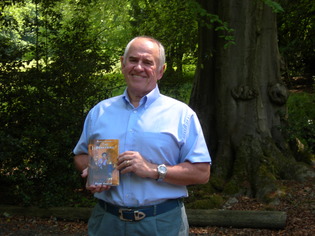 Customers who bought this item also bought these digital items

Start reading Welcome Back Jack: Volume Four on your Kindle in under a minute.

Born in 1946 in the West Riding of Yorkshire's coal fields around Wakefield, he attended grammar school, where he enjoyed sport rather more than academic work. After three years at teacher training college in Leeds, he became a teacher in 1967. He spent a lot of time during his teaching career entertaining children of all ages, a large part of which was through telling stories, and encouraging them to escape into a world of imagination and wonder. Some of his most disturbed youngsters he found to be very talented poets, for example. He has always had a wicked sense of humour, which has blossomed only during the time he has spent with his wife, Denise. This sense of humour also allowed many youngsters to survive often difficult and brutalising home environments. Eleven years ago, he retired after forty years working in schools with young people who had significantly disrupted lives because of behaviour disorders and poor social adjustment, generally brought about through circumstances beyond their control. At the same time as moving from leafy lane suburban middle-class school teaching in Leeds to residential schooling for emotional and behavioural disturbance in the early 1990s, changed family circumstance provided the spur to achieve ambitions. Supported by his wife, Denise, he achieved a Master's degree in his mid-forties and a PhD at the age of fifty-six, because he had always wanted to do so. Now enjoying glorious retirement, he spends as much time as life will allow writing, reading, and working with children in primary schools.

5.0 out of 5 stars
5 out of 5
1 customer rating
How does Amazon calculate star ratings?
Amazon calculates a product’s star ratings based on a machine learned model instead of a raw data average. The model takes into account factors including the age of a rating, whether the ratings are from verified purchasers, and factors that establish reviewer trustworthiness.
Top Reviews