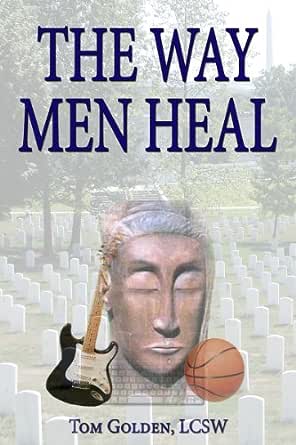 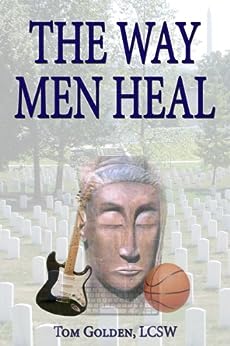 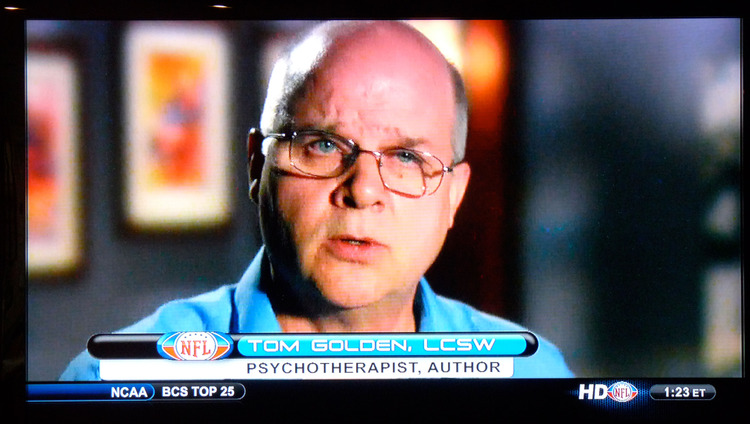 Tom Golden, LCSW is well known in the field of healing from loss. Swallowed by a Snake: The Gift of the Masculine Side of Healing has been acclaimed by Elisabeth Kubler-Ross and others. His latest book The Way Men Heal is a quick summary of the contents of the Snake book and an update on the latest developments. Tom enjoys giving workshops in the United States, Canada, Europe and Australia, having been named the "1999 International Grief Educator" by the Australian Centre for Grief Education. Drawing on thirty years of practical, hands-on clinical experience, Tom brings a gentle sense of humor and a gift for storytelling to both his workshops and his writing. His work and his web site webhealing.com have been featured in the New York Times, the Washington Post, and U.S. News and World Report, as well as on CNN, CBS Evening News, ESPN and the NFL Channel. Tom built the first interactive web site for bereaved people in 1995. webhealing.com. The page houses the internet's first memorial site A Place to Honor Grief. Both continue to function today. Tom has also built a membership video site that offers hours of videos on the topic of healing from loss and our many diferences. thewaymenheal.com An outgrowth of Tom's work with men was his realization of the misandry that our culture produces. He built a web site titled menaregood.com to house his writings on this serious problem. Tom maintains a private practice in Gaithersburg , MD and also enjoys doing online consultations --This text refers to the paperback edition.

4.6 out of 5 stars
4.6 out of 5
43 global ratings
How are ratings calculated?
To calculate the overall star rating and percentage breakdown by star, we don’t use a simple average. Instead, our system considers things like how recent a review is and if the reviewer bought the item on Amazon. It also analyses reviews to verify trustworthiness.
Top reviews

Angry Dog
5.0 out of 5 stars A succinct book providing an alternative perspective on grief
Reviewed in the United Kingdom on 4 January 2014
Verified Purchase
If you're looking for a weighty tome, The Way Men Heal isn't it. At 54 pages, it's a quick read as books go. However, this does not mean that Golden doesn't have a lot to say -- far from it. He has, in fact, done a superb job at distilling down his ideas and communicates them succinctly without the need to repeat himself. It's quite an elegant work really, and a delight to read.

Golden begins by introducing the masculine side of healing which involves "action", and describes how this differs from the feminine mode which involves "talking" or openly expressing grief. While men generally tend to use the masculine mode when dealing with pain, Golden is keen to stress that people cannot simply be pigeon-holed according to their sex -- both men and women can use both modes. However, as Golden explains, much of psychiatry is based around "talking about emotions" and, in effect, focuses solely on the feminine mode of healing while ignoring the masculine mode.

Golden goes on to discuss the reasons behind this difference, including how men's suffering is invisible and taboo in our culture, and how they can often face prejudice in their grief. If you can't picture how this can be so, he gives the following example:

"Imagine you are being seated in your favourite restaurant. As you are walking toward your table you see a woman at a corner table crying with her head in her hands. What is your first reaction? I have asked this question to thousands of people in the workshops I give. The most frequent response is "She's upset," "Poor dear," "She needs support." Think of what your own response was. Think too of your raw gut reaction to seeing this woman crying. Now erase that image start a new image. You are walking in the same restaurant and as you are seated you see a man at the same corner table who is crying. What is your first reaction? Most people respond that they are very leery of him: "There's something wrong with that man," "He must be drunk" or other phrases conveying the sense that this man needs to be avoided."

Golden describes how, instead, men deal with their pain privately -- usually by doing something rather than by open expression. Typically, this will take the form of practical or creative action, such making a pilgrimage of some kind, dedicating a memorial or a piece of work, or simply listening to music which holds some special meaning. In the final chapters, he discusses how best to help men deal with their pain and provides suggestions for therapists.

In my view, The Way Men Heal is an important work because it is one of the very few texts which discusses how the male half of the human race typically handle their emotions. It underscores the fact that men are human beings with human emotions, and simply because society not allow men to display their emotions in the same way as women, it cannot be assumed that men don't feel pain or are in anyway less human. If nothing else, it provides practical guidance on how to help a male friend deal with his emotional pain and an insight to what he is feeling.

Arianne Steele
5.0 out of 5 stars A very much needed book. Short, concise, ...
Reviewed in the United Kingdom on 7 March 2015
Verified Purchase
A very much needed book. Short, concise, says what it has to say - and something that needs to be heard more.
It illuminates the understanding the men have other ways of healing that talking about their problems, which is typically expected of them now that society has become more open about feelings. People need to create a space where men feel safe to talk about their feelings when they need to, but also respects and facilitate that they may want to heal in other ways that are more solitary or ritualistic: whether it's playing music, writing a book, visiting somewhere as a pilgrimage, playing ball in their honour.

Since this book can be read in an hour or so everyone can afford to read it and gain insight.
Read more
Helpful
Comment Report abuse

Chris
4.0 out of 5 stars Concise and important in equal measure!
Reviewed in the United Kingdom on 30 December 2019
Verified Purchase
Well worth a look! All the advice can be transferred to personal and familiar circumstances easily. Found this through the author's YouTube videos, which are excellent.
Read more
Helpful
Comment Report abuse

mimicogirl
4.0 out of 5 stars Insightful
Reviewed in the United Kingdom on 16 December 2014
Verified Purchase
A quick read yet full of practical examples!
Read more
One person found this helpful
Helpful
Comment Report abuse

Sandra M Wilson
5.0 out of 5 stars A Must Read for both Men and Women
Reviewed in the United Kingdom on 3 August 2014
This is a fantastic eBook. It deals mainly with how men heal from the grief which follows death.
As I was reading it I realised that there are many types of grief we experience in life, not just the
grief of death. There may be a grief of a marriage break-up, the grief a child being bullied - all
sorts of griefs. Indirectly this book addresses any sort of grief. In the book Mr Golden also has
a link to an article he wrote about the differences between the way boys and girls deal with
emotions, so we have a wonderful synopsis of how men heal, how women heal, how boys (men)
deal with emotions and how girls (women) deal with emotions. Personally I think it is valuable
at ten times the price.
Read more
One person found this helpful
Helpful
Comment Report abuse
See all reviews
click to open popover
Unlimited One-Day Delivery and more
Prime members enjoy fast & free shipping, unlimited streaming of movies and TV shows with Prime Video and many more exclusive benefits.
> Get Started