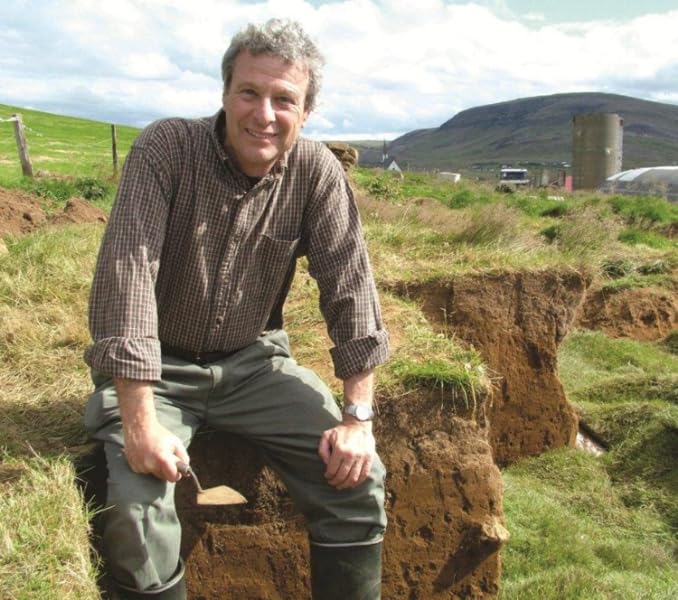 Due to the innovative and very effective methodological approach ... both volumes are especially recommended for first year students. Source: Germanistik 12/12/2017

Jesse Byock teaches Viking history and archaeology, early Icelandic society, medieval feuds, and Old Norse saga literature. An archaeologist, Professor Byock directs the Mosfell Archaeological Project and is a Professor at the Cotsen Institute of Archaeology focusing on Viking Archaeology. He has published widely on the society, archaeology, literature, and history of medieval Scandinavia with writings translated into numerous languages.

Jesse Byock is Distinguished Professor of Old Norse Studies in the UCLA Scandinavian Section and at UCLA’s Cotsen Institute of Archaeology. He received his Ph.D. from Harvard University and teaches Old Norse, Icelandic sagas, and Viking Archaeology. Prof. Byock directs the Mosfell Archaeological Project (MAP) in Iceland, excavating a Viking Age longhouse, harbor, and valley. He is professor at the University of Iceland (Háskóli Íslands) affiliated with the Department of History and the Program in Viking and Medieval Norse Studies. He is the author of Viking Age Iceland (Penguin Books), Feud in the Icelandic Saga (University of California Press), The Prose Edda: Norse Mythology (Penguin Books), Grettir's Saga (Oxford University Press), The Saga of the Volsungs: The Norse Epic of Sigurd the Dragon Slayer (Penguin Books), and The Saga of King Hrolf Kraki (Penguin Books).
Read more

4.8 out of 5 stars
4.8 out of 5
37 customer ratings
How does Amazon calculate star ratings?
Amazon calculates a product’s star ratings based on a machine learned model instead of a raw data average. The model takes into account factors including the age of a rating, whether the ratings are from verified purchasers, and factors that establish reviewer trustworthiness.
Top reviews

Mr. Louis Des Preaux
5.0 out of 5 stars An excellent continuation of Book 1
Reviewed in the United Kingdom on 14 May 2019
Verified Purchase
If you have the first excellent book, then buy this too.
Read more
Helpful
Comment Report abuse

Mr. G. H. Farrell
4.0 out of 5 stars A good sequel to VL1
Reviewed in the United Kingdom on 3 October 2015
Verified Purchase
A good sequel to VL1. It has a link that enables the learner to check their answers to exercises in Book 1 online. It takes the reader beyond the language BUT using the medium of Old Norse to put the language and literature into its context.
A "must have" if you have VL1.

JC Penrith
5.0 out of 5 stars VIKING LANGUAGE 2' IS VIKING HEAVEN! WOW! I CAN TRANSLATE 'NJAL'S SAGA'!
Reviewed in the United Kingdom on 28 January 2015
The Dragon has landed! The long-awaited 'Viking Language 2 - The Old Norse Reader,' companion volume to 'Viking Language 1 - Learn Old Norse, Runes, and Icelandic Sagas,' has, at last, arrived, and I'm in Viking Heaven! '

Viking Language 2' is a literary Viking hoard of Old Norse Sagas, eddas, skaldic poetry and runic inscriptions. It can be used alongside 'Viking Language 1,' or as a stand-alone, if you already know Norse, but want some guidance on Old Norse Literature, instead of chancing a" lucky dip". The book features/includes such sagas/tales as: 'Njal's Saga,' 'The Tale Of Audun Of The West Fjords,' ('Audun And The Bear,') The Doom Of The Gods,' 'Hfrankel's Saga,' 'The Book Of The Icelanders,' 'The Saga Of Erik The Red' and 'Egil's Saga,' which also has site plans of excavations relating to Egil Skallagrimsson of 'Egil's Saga'. - Author, Professor Byock, is the Director of the Mosfell Archaeological Project in Iceland, as well as teaching at UCLA! It's exciting to be able to study the text of 'Egil's Saga' and read about the excavations. It really brings it home to you, that these were real people, not made up, and that there is archaeological evidence to back up the textual.

There are introductions to the texts, giving you an overview and background information, and short sections of texts to translate, along with helpful notes, where needed. In the first chapter, as well as getting the opportunity to have a go at translating 'Njal's Saga,' you can also see how the experts go about it, as there are four different published translations provided. Brilliant! Maybe your translation is an improvement!

Like 'Viking Language 1,' 'Viking Language 2' emphasizes the most frequent words found in the sagas, giving the learner a solid base from which to take an independent foray into Old Norse texts. And like 'VL1' it has a quick reference grammar. So handy! The book is strewn with fantastic illustrations of scenes from the sagas, artefacts, runic inscriptions, and of course, tons of maps. The whole 'Viking Language' project is very thoughtful and considered. Professor Byock is committed to giving the student of Old Norse the most enriching and intense experience, by bringing the Viking World to life. I was especially happy that he concentrates on the Viking 'Empire,' and not just Iceland, where, because of isolation, the language did not change so dramatically.

I so wish that these books had existed 30 years ago, when I was at university, where I struggled with the grammar and "dry" text-books. And if you don't know any Old Norse, or Scandinavian Languages, and would really like to learn to read the sagas and poems in the original, don't have any doubts, as having English, a related Germanic language is a big help, and using 'Viking Language 1 and 2' will set you on the right path of a fabulous journey into Viking Language, Literature, Runes, History and Mythology. And with the help of Professor Byock, you won't look back!

I really hope that this book wins some kind of award! It's ground-breaking, awesome and I'm thankful for it. I expect that there will be a great demand for it from Old Norse students , so I'd get your copy sooner, rather than later.

By the way, there are lots of goodies on the Publisher's website, including videos and reports on the Mosfell Project, so you can keep up to date with the latest Viking archaeological developments.

Good luck with your Old Norse studies! Lycka till! As they say in Sweden.

P. Ian McLeod
5.0 out of 5 stars Finally!
Reviewed in the United States on 11 July 2015
Verified Purchase
The long-awaited companion of Viking Language 1 is truly worth the wait, to my knowledge there has never been a serviceable Old Norse reader, and just as I compared Viking Language 1 favorably to the 6th edition of the Wheelock's Latin textbook in my previous review, so too will I compare this book favorably with the Wheelock's Latin reader. So rare is language instruction that is both systematic and effective, as well as challenging and exciting, that I cannot praise Byock's work enough. I can only hope that, not unlike the continuing Wheelock's Latin analogy, there might be a Viking Language 3: Compendium of Runic Inscriptions someday, or at least something to that effect.
Read more
11 people found this helpful
Helpful
Sending feedback...
Thank you for your feedback.
Sorry, we failed to record your vote. Please try again
Report abuse
Load more international reviews

E M Johnson
3.0 out of 5 stars Could be a better in many ways
Reviewed in the United States on 30 September 2019
Verified Purchase
I am half way through the first book. I have learned a lot of about Old Norse Vikings and their travels from Norway and Denmark to the west. Sweden and Finland sailing east.

Now on to learning the Old Norse Language. It is very confusing and with the audio track bought through iTunes the speaker doesn’t help. The speaker speaks very faster and it’s hard to understand. I gave it 3 stars because of the history of the Old Norse Language and how the Vikings traveled from homelands to Iceland, Greenland and Vinland
Read more
Helpful
Sending feedback...
Thank you for your feedback.
Sorry, we failed to record your vote. Please try again
Report abuse

Charles
5.0 out of 5 stars Thanks
Reviewed in the United States on 2 December 2018
Verified Purchase
Finally dive into this!
Read more
Helpful
Sending feedback...
Thank you for your feedback.
Sorry, we failed to record your vote. Please try again
Report abuse

Pattie
5.0 out of 5 stars Five Stars
Reviewed in the United States on 11 April 2018
Verified Purchase
Gift to a family member, out of state, met expectations.
Read more
Helpful
Sending feedback...
Thank you for your feedback.
Sorry, we failed to record your vote. Please try again
Report abuse