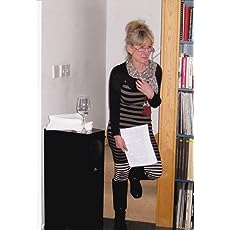 Follow to get new release updates and improved recommendations
Vicki Clifford was born in Edinburgh. She has an unusual background as a freelance hairdresser with a Ph.D on psychoanalysis from the University of Edinburgh. She had her first book, Freud's Converts, published in 2007. She lives in Perthshire, Scotland. When she isn't writing she's cutting hair, metal detecting or volunteering in local archaeology digs. She is also a fan of unorthodox tray bakes. She released Becoming Lizzie Potts, her first stand-alone, earlier in 2019. Book 6 of the Viv Fraser Mysteries was released in December 2019. 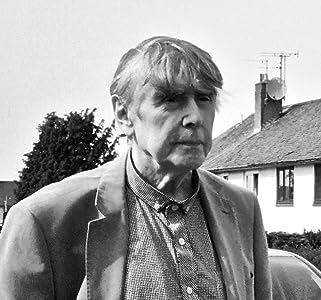 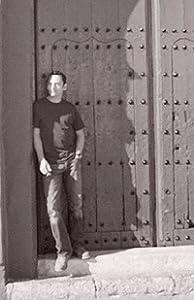 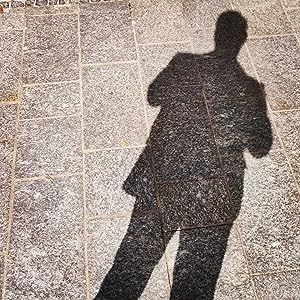 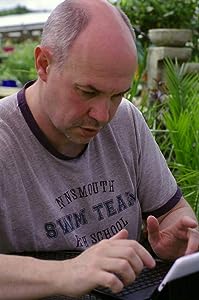 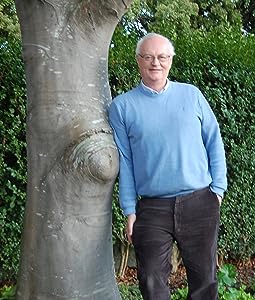 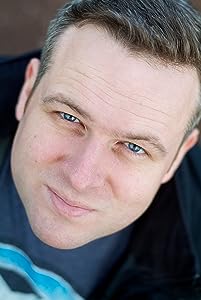 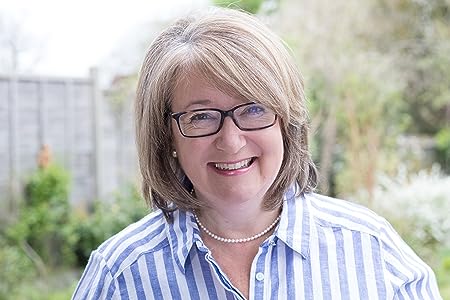 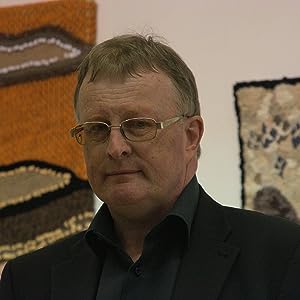 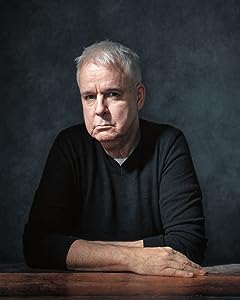 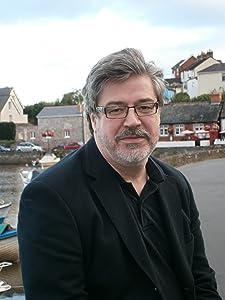 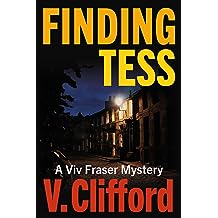 Finding Tess: A Viv Fraser Mystery (Scottish Mystery Book 2) 15-Dec-2014
by V. Clifford
( 18 )
£3.49 £6.99
"Eat your heart out Rankin."
Viv Fraser the intelligent, sassy, sleuth.
In this, the second of the Viv Fraser Mysteries, catch up with fast-moving hair-cutting sleuth Viv Fraser as she wrestles with the deceits of people she thought she knew. She goes in search of a missing girl while tackling the consequences of a case of missing jewellery. An old friend finds himself professionally compromised and seeks Viv's help. And how is she getting on with Sal and Mac? Or is there somebody else on the scene?
Read more
Other Formats: Paperback 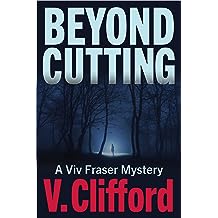 Edinburgh, Scotland. Viv Fraser spends her days trimming split ends and her nights catching devious criminals. But after her girlfriend suddenly passes, she vows to be done with the dark world of solving crime. Yet when she learns a local high-school student has disappeared, she refuses to sit back and let disaster unfold.

As she combs through the clues to the vanished boy’s whereabouts, the plucky sleuth is positive she’s on the right trail when her car is torched. But after teaming up with a begrudging detective, she finds herself up against powerful figures ready to cut her life short.

Will Viv avoid certain death to bring a student back home?

Buy Beyond Cutting: A Viv Fraser Mystery for a hair-raising adventure today! 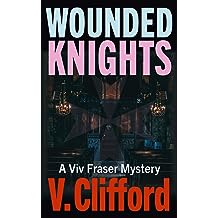 Scottish security hacker Viv Fraser’s personal life has been pushed to the limit. Devastated by the loss of her recent lover, she takes a simple missing person’s case to distract from the pain and guilt. But when her mark turns up dead, she finds herself ensnared in a web of secrets powerful people will kill to protect…

As the body count rises, Viv discovers an ancient symbol linking them all together. With one victim inside a cathedral, her black-hat hacking skills lead her directly into the Vatican Library. And someone wants her to join her ex in the morgue.

Can Viv decode a deadly trail to the killer before she’s shut down permanently? 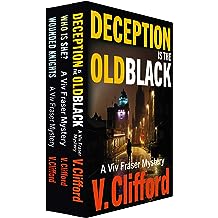 Box Set: The Viv Fraser Mysteries - (Books 4-6) : Scottish Mysteries (The Viv Fraser Mysteries books 4-6) 22-Dec-2019
by V Clifford
£6.99
An intelligent, sassy sleuth - "Eat your heart out Rankin."
Start the second box set with Deception is the Old Black. Scottish super sleuth Viv Fraser is faced with a new investigation. When top brass of the National Task Force, summon her to root out a mole within their ranks, she realises she’ll be pushed to her limits. Never one to shirk a challenge, this time she’s forced to raise her game to dizzying heights.
Viv’s knowledge of the dark web and an uncanny nose for deceit lead her to uncover an international trafficking ring. It’s risky, but she’s tenacious. The more she digs the higher the stakes. Would she rather die than disappoint the boss? Has she bitten off more than she can chew? Will she survive?
Find out in Deception is the Old Black the fourth Viv Fraser Mystery.
Read more 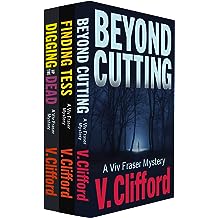 Box Set: The Viv Fraser Mysteries - (Books 1-3) (Scottish Mysteries) 10-Apr-2017
by V. Clifford
( 9 )
£6.99
Scottish Crime -"Eat your heart out Rankin."
Intelligent, sassy crime.
If you ever thought the life of a hairdresser was tranquil, then think again. Viv Fraser Ph.D is stylist to Edinburgh's establishment, with a double life as an investigative journalist and hacker. She's smart, spirited and drawn to some hair-raisingly, explosive cases, as she trawls the seamier side of her city and beyond.
In these fast-paced mysteries, Viv's investigations are hampered by people trying to save their own skin. As she picks away at the veneer of her Capital city Viv discovers unsavoury lies, jealousy and sexual deceit. She's tenacious, ignoring threats on her life, determined to dig for the truth in places that even Detective Marconi is reluctant to explore. 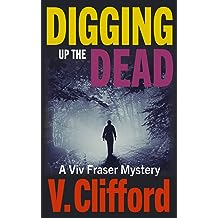 Digging Up The Dead: A Viv Fraser Mystery (Scottish Mystery Book 3) 09-Dec-2015
by V. Clifford
( 16 )
£3.49 £6.99
An intelligent, sassy PI - "Eat your heart out Rankin."
Viv Fraser, hairdresser, super-sleuth and resident of Scotland’s capital city retreats to a cottage in the country for some well earned R&R. She quickly discovers that walking the dog and staring at rolling pasture makes her tetchy. Enter DI Marcus Marconi (Mac) to tempt her with a case of unexpected bones on an archaeological site.
Whilst on the case strange incidents occur; a stone tumbles from the chancel of Inchmaholm priory, their hotel room window is smashed, tyres are slashed and Viv is attacked. Were all of these events linked? And who was the intended victim? One case leads to another and Viv discovers that an unlikely link to her past has reared its menacing head.
Back home Viv has become an Auntie. Her glamorous sister Amanda’s life has flipped upside down, and she turns to Viv for help.
Read more
Other Formats: Paperback 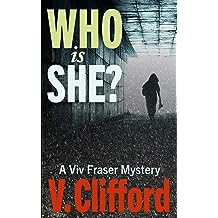 Who is She?: A Viv Fraser Mystery (Scottish Mystery Book 5) 15-Dec-2018
by V Clifford
( 9 )
£3.49 £6.99
An intelligent, sassy PI. Special Services can't live with her but can they live without her?
Who is She? No one knows that the past is a strange country more than Scottish sleuth Viv Fraser. In this, the fifth Mystery, Viv is compelled to investigate a series of misadventures that are too close to home. Unravelling a veil of deception she discovers just how much of her past is in the present. No stranger to a challenge, she risks more than her pride hunting down the people who have threatened her family. Mac is on hand to help but will she let him?
Read more
Other Formats: Paperback 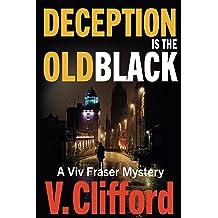 Deception is the Old Black: A Viv Fraser Mystery (Scottish Mystery Book 4) 19-Nov-2017
by V Clifford
( 6 )
£3.49 £6.99
An intelligent, sassy sleuth - "Eat your heart out Rankin."
In Deception is the Old Black, Scottish super sleuth Viv Fraser is faced with a new investigation. When top brass of the National Task Force, summon her to root out a mole within their ranks, she realises she’ll be pushed to her limits. Never one to shirk a challenge, this time she’s forced to raise her game to dizzying heights.
Viv’s knowledge of the dark web and an uncanny nose for deceit lead her to uncover an international trafficking ring. It’s risky, but she’s tenacious. The more she digs the higher the stakes. Would she rather die than disappoint the boss? Has she bitten off more than she can chew? Will she survive?
Find out in Deception is the Old Black the fourth Viv Fraser Mystery. 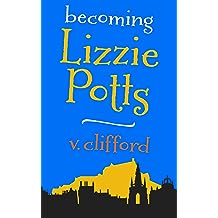 Becoming Lizzie Potts 06-Jul-2019
by V Clifford
( 6 )
£2.99 £6.99
Lizzie Potts is a smart sassy woman who’s led a charmed life . . . up until now! Cracks are appearing in her love life. Her steady job and her family relations are not what they seemed. A long-buried secret comes to light. Can she let go of her old life? Can she embrace the future? If you’re a fan of coming of age stories with more than a dash of romance, join Lizzie on this journey of transformation.
Read more
Other Formats: Paperback 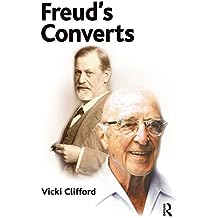 Freud's Converts 16-Jun-2020
by Vicki Clifford
£26.09 £115.00
This work is an exploration of the relationship which psychotherapy has with religion. Sigmund Freud and Carl Rogers were chosen for this exposition because they were each seduced by the high status given to science. Freud and Rogers, both founders of psychotherapies, left a legacy which is not that of scientists whom they claimed they were. Freud and Rogers each had a problematic relationship with religion. This has had a lasting effect on the work and attitudes of their respective followers. In order to explore effectively this relationship, the work begins with a critical examination of the historical context in which both Freud and Rogers worked, and how in their determination to be scientists both missed the importance of the religious. The work continues with an exploration of the effects of this legacy on the work of contemporary psychotherapists. The context in which their followers work relies on a relationship with the founder, which goes beyond that of science, and in addition, each practitioner is influenced by socio-economic circumstances which are peculiar to them. The resistance from psychotherapists to embrace religion has been complex, although, as it will be illustrated, today there are some who are acknowledging the importance of the spiritual. That psychotherapy functions as a religious movement has been excluded by practitioners in their determination to reflect the wishes of their founder, which was that their work should be regarded as science. Psychotherapists have traditionally been considered the custodians of the real and that their clients are the ones suffering from delusions. With respect to their attitudes to religion–not least the spiritual–the positions seem to be reversed.
Read more
Other Formats: Hardcover , Paperback