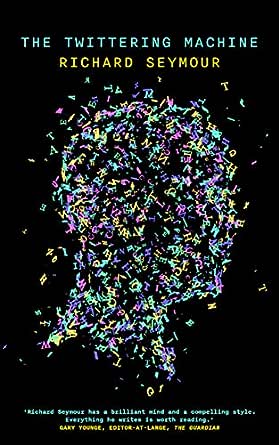 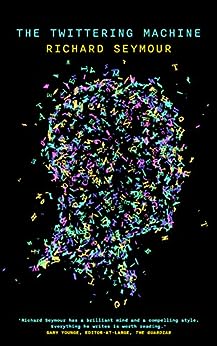 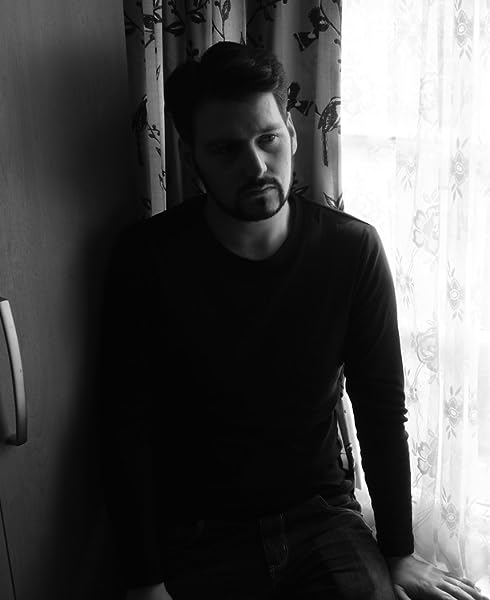 "What Susan Sontag did for photography, what Christopher Lasch did for the culture of narcissism, Richard Seymour has done for social media. I read it with a sense of recognition, and alarm."
--Adam Shatz, contributing editor at the London Review of Books "One of our most astute political analysts."
--China Miéville, author of October "A bracing tour through the social and political context and impact of Twitter and Facebook, exploring Gamergate to Isis to Trump's Twitter presidency. He recounts horrifying miseries--suicides on YouTube, rapes on Periscope, streamed shootings on Facebook--created by people radicalised, or tormented by online peers, craving celebrity--all pushed to extremes by algorithms and monetised by tech companies."
--Emma Jacobs, Financial Times "The book is a thrilling demonstration of what such resistance can look like, by one of the most clear-sighted and unyielding critics writing today. We should all read it."
--William Davies, Guardian "Richard Seymour has a brilliant mind and a compelling style. Everything he writes is worth reading."
--Gary Younge, author of Another Day in the Death of America "A sophisticated critique of the age of social media."
--Kirkus Reviews "Rather than wondering ponderously if this is 'cancel culture' or whatever, we might ask ourselves: Why were all these people tweeting? ... This is not a book with an accompanying TED Talk, a ten-step program, or One Weird Trick to Fix Everything. Seymour's pose here is that of a working analyst, not a confident diagnostician. He draws connections, he sketches notes toward a further diagnosis."
--Max Read, Bookforum --This text refers to the paperback edition.

Richard Seymour is a writer, broadcaster and socialist, currently based in London. He writes regularly for the Guardian, the London Review of Books, Jacobin and many other publications. --This text refers to the paperback edition.

4.5 out of 5 stars
4.5 out of 5
75 global ratings
How are ratings calculated?
To calculate the overall star rating and percentage breakdown by star, we don’t use a simple average. Instead, our system considers things like how recent a review is and if the reviewer bought the item on Amazon. It also analyses reviews to verify trustworthiness.
Top reviews

John Drumm Jr
5.0 out of 5 stars Simply a must read. A damning analysis of our morbid acquiescence to the Pink Jesus of social media.
Reviewed in the United Kingdom on 27 February 2020
Verified Purchase
I have *never* written an Amazon review before.

Yet here I sit, writing away, horribly aware of the irony this exhibits when considering the content of Seymour's fine book! His prose is easily read, yet offers a depth of communication that few non-fiction writers ever achieve; there is a flow to the subject matter that creates almost a "page turner" effect; the pathology that he illustrates is so relatable and familiar that one finds themselves rhythmically nodding away, pausing only to underline and asterix.

The highest praise I can give this book is to say that it stands alongside Mark Fisher's masterpiece, Capitalist Realism, in its ability to help explain to a confused mind (my own) how today's world is both screwing with us and screwing us up. (Fisher's perspective more from the socio-political and cultural; Seymour's from the socio-technological; they are fine companions.)

Mr. Ronald G. Brown
3.0 out of 5 stars Nothing new to see here.
Reviewed in the United Kingdom on 27 January 2021
Verified Purchase
I am going to copy a review from below and put it here because it summarises excellently how I felt about this book:

"Seymour strings together a series of observations about our digital anxiety and addiction. He waxes poetic and invokes the spectre of stochastic terror and narcissistic death to illustrate how well-read he is more than to advance a coherent argument. Entrancing prose that devolves into an exercise in scripturient excess" - Amazon Reviewer.

The only addition I would add is that by chapter 3 I thought "this feels like it was written by a Guardian author". Then I looked him up and to very little surprise I was right.

Peter Hughes
5.0 out of 5 stars A Tale of Modern Slavery
Reviewed in the United Kingdom on 8 September 2019
Verified Purchase
If you can tear yourself away from a digital screen for a few minutes, buy and read this. It might just save your life.
Read more
8 people found this helpful
Helpful
Report abuse

Ipsissimus
5.0 out of 5 stars An incisive critical analysis of contemporary digital culture and its affects and effects,
Reviewed in the United Kingdom on 17 September 2019
Verified Purchase
Liked it all.
Read more
3 people found this helpful
Helpful
Report abuse

Len Bappin
5.0 out of 5 stars Fascinating, and brilliantly written
Reviewed in the United Kingdom on 19 August 2020
This is a million miles from the "10 reasons you should delete your social media accounts" click bait nonsense you see on, well, social media. This is an incredibly well researched book that draws on so many sources and although alarming is very even handed - doesn't accept the easy answers.

Richard Seymour's style is compelling and entertaining to read. There are many short chapters (or sub chapters) a bit like Sapiens, which really helps you pause and reflect too.

It's a must read. Every year I give the best book I've read that year to about a dozen friends and family - we're up to August and this is definitely the front runner and will take some beating.
Read more
One person found this helpful
Helpful
Report abuse
See all reviews
click to open popover
Unlimited One-Day Delivery and more
Prime members enjoy fast & free shipping, unlimited streaming of movies and TV shows with Prime Video and many more exclusive benefits.
> Get Started