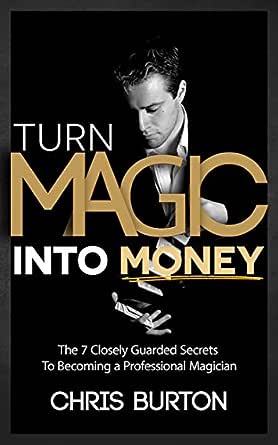 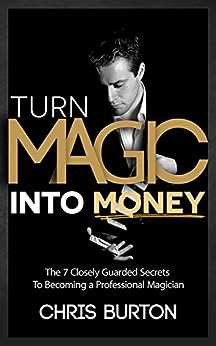 Born in Barnet, North London, Chris's own particular brand of magic which he developed in his late teens is fast, fluid, and constantly changing. Specializing in the most incredible card tricks with a normal pack of cards, he uses flourishes, fans and fancy cuts in routines that give the word dexterity a new meaning. From the age of sixteen, Chris used to practice six hours a day to perfect the art form known as sleight of hand magic. Chris leaves audiences completely amazed while thinking what they have just seen is impossible. They will question their eyesight! Working as a professional magician since the age of eighteen, Chris's own classy act has been seen at venues across the country including the Landmark, The Savoy, Brocket Hall, The Grove, The Hilton, Harrods and Hamleys while also performing abroad in countries such as Portugal, France, Ghana, Italy, and America. Chris has also been hired to use his card handling skills for the TV adverts by Mac Donald, O2, and Sky Bets, just to name a few. While doing his style of magic, Chris has also performed to celebrities such as Status Quo, Uri Geller, Ron Dennis, Jonathan Ross, Justin Lee Collin, James Corden, Paul Young, and the list goes on. Chris has also created high-level online training courses called Secrets of Card Magic which teaches you how to perform amazing card tricks, sleight of hand, and fancy flourishes to amaze your friends and family. Chris Burton has to be seen to be believed. His magic is fast, straight to the point and visually defying. What he does with cards is nobody's business. He is quite literally AMAZING! - --This text refers to the paperback edition.

4.2 out of 5 stars
4.2 out of 5
7 customer ratings
How does Amazon calculate star ratings?
Amazon calculates a product’s star ratings based on a machine learned model instead of a raw data average. The model takes into account factors including the age of a rating, whether the ratings are from verified purchasers, and factors that establish reviewer trustworthiness.
Top Reviews

Dieter Staudinger
5.0 out of 5 stars This book convinced me that our 8 year actually can become a highly sought after and well paid magician if he wants to.
Reviewed in the United States on 6 February 2015
Verified Purchase
I have an 8 year old who is set on becoming a magician. Instead of the old "study hard, get a real job like me and forget about your dream" I was curious to see what books are out there about turning someone's passion into a successful business. Chris Burton's book was the perfect fit. The author speaks openly about his humble beginnings and we have already implemented one of his suggestions and have created business cards for our son to hand out when he is doing magic tricks somewhere. I also liked learning how understanding what kind of audience one wants to perform for is a critical understanding to have in terms in how and where to promote. Through this book I have come to appreciate that one has to be an entrepreneur as well as a magician. Mr. Burton also gives detailed information on how to find the market one wants to perform in and how to go about building one's brand successfully. I also enjoyed learning how the process of coming to understand what to charge for events and shows. After reading this book I am confident that if our 8 year old continues to be passionate about becoming a magician, he can also become a well paid magician. If you happen to love magic and are thinking of going pro, this book will be an invaluable resource for you and I highly recommend it.
Read more
One person found this helpful
Helpful
Sending feedback...
Thank you for your feedback.
Sorry, we failed to record your vote. Please try again
Report abuse

Amazon Customer
1.0 out of 5 stars Too basic to simple
Reviewed in the United States on 16 September 2015
Verified Purchase
This book is insulting. It is so basic that s little common sense would give you more info then this book. If your a teenager and know zero about business then buy otherwise leave it alone.
Read more
2 people found this helpful
Helpful
Sending feedback...
Thank you for your feedback.
Sorry, we failed to record your vote. Please try again
Report abuse

Carrie -
5.0 out of 5 stars Five Stars
Reviewed in the United States on 29 December 2014
Verified Purchase
Amazing book!! My son can't put it down!
Read more
Helpful
Sending feedback...
Thank you for your feedback.
Sorry, we failed to record your vote. Please try again
Report abuse