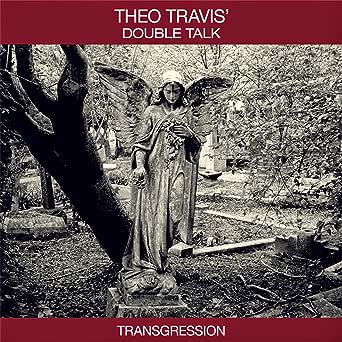 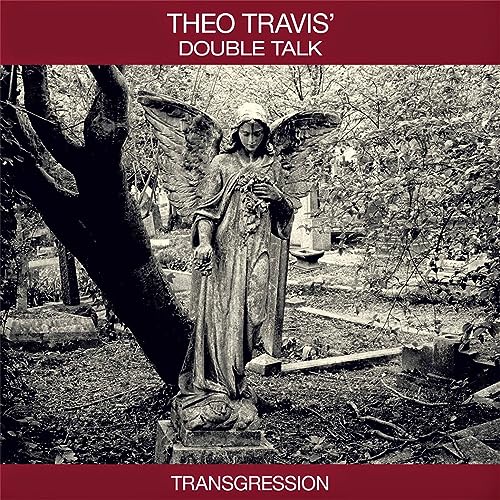 4.5 out of 5 stars
4.5 out of 5
5 customer ratings
How does Amazon calculate star ratings?
Amazon calculates a product’s star ratings based on a machine learned model instead of a raw data average. The model takes into account factors including the age of a rating, whether the ratings are from verified purchasers, and factors that establish reviewer trustworthiness.
Top Reviews

Gus - Portsmouth
5.0 out of 5 stars Five Stars
Reviewed in the United Kingdom on 5 November 2015
Verified Purchase
If you love PROG and jazz/funk, then you'll love this!!! Thanks Theo!
Read more
Helpful
Comment Report abuse

Andy Garibaldi
5.0 out of 5 stars Progression as Transgression
Reviewed in the United Kingdom on 25 August 2015
A bass-free instrumental quartet playing jazz-rock/fusion. Apart from the main man on sax, flutes and Fender Rhodes, there's also electric guitar, organ and drums. Tracks range from just under three to just over 12 minutes long. Now let's suppose this was an album from a guy whose name you'd never heard – the reason for this is mainly coz this guy has worked with a lot of famous bands and a lot of people will buy it first and foremost, on this basis – so the burning question is that if this guy was a complete unknown, would this album stand up head and shoulders above its partners in musical crime?
The answer is, oddly enough, a resounding “yes”.
The reason primarily being because he's got the balance between jazz and fusion just spot on. The opening track “Fire Mountain” manages to mix complexity and simplicity in equal measures – the rhythms twist and turn all over the place, but then Travis comes along with the sublime sax break that hearkens back to the days of Soft Machine, while guitarist Mike Outram weighs in with a fiery break as the band hint at Mahavishnu Orchestra at a electrified deceleration before the main theme of the track is continued to a cruising finale. At 12 minutes plus, “Transgression” is the longest track on the album, starts off with flute and, via an organ plink that sounds like it's the start of Pink Floyd's “Echoes”, drifts into sultry sax and the whole thing would have made a great alternate universe intro to said Floyd song, it's that atmospheric yet still manages to be jazz at the same time. However, it picks up speed and decides to go down a more fusion-based track, as the churning electric guitar takes over and this rock solid section surges into life with more McLaughlin-esque guitar leads over stumbling rhythms and the effect is adrenaline-rousing to say the least, as Travis comes back on sax and the whole thing ignites to provide this wall of fusion that continues to a point where the band drop back, the sax breaks loose above organ backdrop only then for the drums to pick up an altogether faster pace as the sax and organ swirl and swoop high above. Both powerful and majestic, this is emotional fusion at its finest. “Smokin At Klooks” is altogether more sedate, in an almost waltz time, but with high register guitar and piano, the guitar lightly echoed and sounding uncannily like a stripped down answer to Santana's “Black Magic Woman” introduction, which has to be said, is no bad thing at all, as the flute adds to the effect and fits like a glove to the flowing rhythmic river before the guitar returns in ethereal manner as before, this time accompanied by the flute line. “Song For Samuel” is a late night jazz cafe job – smooth sax, rolling rhythms, and a melodic flow that keeps you hooked, as keyboard adds extra texture, the drumming is seriously good and a bit more upfront courtesy of Nic France, while the sax strides out with a beautifully soaring break and a clean guitar break enters towards the end, the stuff of smoky jazz dreams. “Everything I Feared” is slower but arguably more powerful as the electric guitar work cruises into action over the organ backdrop, slowly flowing rhythm section and then the spell is not so much broken as enhanced with a delightfully airy flute lead over the Floyd-like rhythm section's pace. Then the guitar hits a more full sounding, sharper style as the organ builds and then it all drops down, the whole thing very much a jazzy answer to seventies Pink Floyd mid-song instrumental sections, with a dash of Gilgamesh thrown in for good measure. “Maryan” is a more relaxed track as the band go all dreamy on us while the 10 minute “A Place In The Queue” is almost anthemic in the way it builds, drops and builds once more, the sax at the tension end, the guitar at the sleepy end, only for both to ascend to ever greater heights above the solid flow of the bass and drums as the organ provides the necessary undercurrents that give it an even fuller sound. The album ends with just under three minutes of “The Call” on a slow paced setting of smoky, sultry sax and distant keyboard undercurrent, simplicity itself, but what a solo from Travis, letting you know firmly and surely, just to whom this wonderful album belongs.

shadowmaster
5.0 out of 5 stars School of Progressive Jazz
Reviewed in the United States on 29 March 2016
Verified Purchase
Theo Travis from the school of Soft Machine and Gong. Offers you a delicacy of British Progressive Jazz rock fusion. Sax, organ, flute and electric guitar except bass. Typical progressive jazz rock that needs to be played with attentive listening and a new discovery of sounds and instrumental musicainship virtuosity at every spin. Get it before it gets overpriced.
Read more
Helpful
Sending feedback...
Thank you for your feedback.
Sorry, we failed to record your vote. Please try again
Report abuse