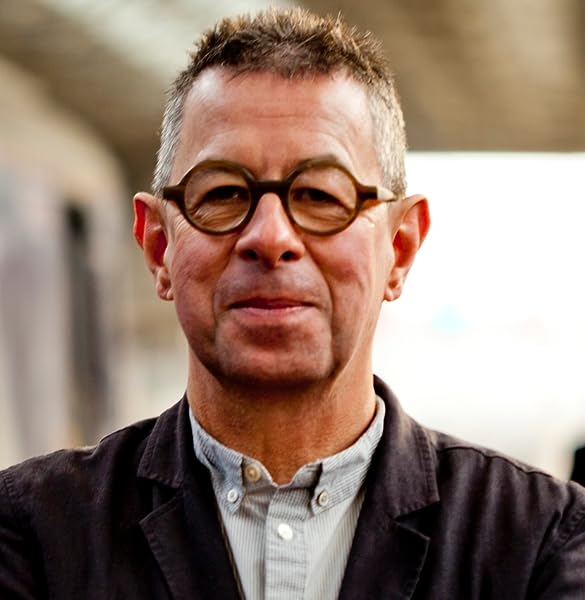 Fastest delivery: Tomorrow
Order within 9 hrs 32 mins Details
Note: This item is eligible for click and collect. Details
Pick up your parcel at a time and place that suits you. How to order to an Amazon Pickup Location? Learn more
Read more Read less

This is a wistful and sepulchral affair yet … The Trains Now Departed is more than just a lamentation for the days of steam and soot., Times Literary Supplement

In elegant prose Michael Williams takes us on nostalgic journeys, reminding us - with smuts and smells - of what we have lost. -- Michael Portillo

Revel in what we've lost and wonder how on earth we ever had it. It's a perfect book for a leisurely, long rail journey. If the scenery leaves you uninspired, then read a chapter, refresh your mind, and gaze once more from your window. -- Philip Haigh, Rail Magazine

A nostalgic thrill for anyone with the least longing for the lost age of steam., Press Association

MICHAEL WILLIAMS is the best-selling author of On the Slow Train, On the Slow Train Again, Steaming to Victory and The Trains Now Departed. Michael is a journalist and academic – writing, broadcasting and blogging on transport, society, the media and other issues of the day for the national media and many other outlets, including the Independent, the Independent on Sunday, the BBC, the Daily Mail, the Daily Telegraph, the Guardian the New Statesman, the Tablet, the History Channel, as well as the specialist and business press. Michael is also a leading travel writer, reporting on journeys around the world for a variety of publications. In his academic role, he is co-editor and author of the book The Future of Quality News Journalism. Formerly, he was deputy editor of the Independent on Sunday, executive editor of The Independent and head of news and features at the Sunday Times. Previously he was a member of the home news staff of The Times in London. In addition, Michael Williams is chairman of the Springdene Care Homes group in London and external examiner in the School of Media and Communication at Goldsmiths University, London. He lives with his family in Camden Town, London..

4.5 out of 5 stars
4.5 out of 5
86 customer ratings
How does Amazon calculate star ratings?
Amazon calculates a product’s star ratings based on a machine learned model instead of a raw data average. The model takes into account factors including the age of a rating, whether the ratings are from verified purchasers, and factors that establish reviewer trustworthiness.
Top reviews

Patrick Skinner
4.0 out of 5 stars MISSING THE LAST CALL FOR BREAKFAST
Reviewed in the United Kingdom on 8 July 2018
Verified Purchase
Never a train spotter, nonetheless I knew all the "locos" that powered the trains I watched as a kid and later took, all over Britain, in the course of my work. Whilst thoroughly enjoying many of the gadgets, gizmos and trappings of 21st century life, I remember fondly the hiss of the steam engines, the clackety-clack of the carriages and, quite often, relishing the uniformed restaurant attendant sliding open the compartment door and announcing "First call for lunch". Of the 23 British Pullman trains, I sampled all but one as well as most of the "ordinary" restaurant cars and I have many memories - mostly happy (only very occasionally spilled soup) Substantial parts of the meal, especially breakfast, were cooked in a tiny, hot-as-Hades, kitchens and the food was always palatable and frequently very good. Of countless memories, one is very clear. Breakfast on a Kings Cross to Tyneside train, with a Japanese man for table companionship. It was his second day in Britain, and I had not only the duty of telling him what an English cooked breakfast was, but how to eat it. With about 50 words of English he was embarking on a twelve-city sales trip. Michael Williams revives for me a plethora of times, events and people.
Read more
4 people found this helpful
Helpful
Comment Report abuse

Trackman
5.0 out of 5 stars The Train Now Departed
Reviewed in the United Kingdom on 22 February 2018
Verified Purchase
An excellently written book comprising different stories, each with very pictorial style. I own many railway books, and regard this as one of the best. Thoroughly recommended.
Read more
4 people found this helpful
Helpful
Comment Report abuse

richbriggs28
5.0 out of 5 stars Superb
Reviewed in the United Kingdom on 12 March 2018
Verified Purchase
An excellent read even if, like me, your not a railway buff but have an interest in history generally. Some excellent sorties.
Read more
4 people found this helpful
Helpful
Comment Report abuse

PostiePete
4.0 out of 5 stars No maps
Reviewed in the United Kingdom on 18 December 2015
Verified Purchase
Just a shame that we have no route maps in this lovely book. Maps drawn in the same style as the wonderful sketches would have added so much. Pity.
Read more
8 people found this helpful
Helpful
Comment Report abuse

Michael Markson
5.0 out of 5 stars A marvellous read...
Reviewed in the United Kingdom on 3 October 2017
Verified Purchase
A fantastic book bringing alive the Great railway journeys of yore...well written with many amusing anecdotes and historical facts...alas, the trains and engines have gone ...but the Author brings our attention to the wonderful preserved railways today.
Read more
2 people found this helpful
Helpful
Comment Report abuse

Redlandram
4.0 out of 5 stars Evocatve, nostalgic yet optimistic
Reviewed in the United Kingdom on 16 June 2018
Verified Purchase
A great review of what we have lost yet offering hope of what might yet be rescued. This book is balanced, objective and yet passionate about lost treasures and hopes for the future of Britain's railways.
Read more
One person found this helpful
Helpful
Comment Report abuse
See all reviews from the United Kingdom

Roy M Clark
5.0 out of 5 stars The train now standing...
Reviewed in the United States on 10 September 2015
Verified Purchase
So well written, and it's about a subject I grew up with - railways in Britain. I was one of those "trainspotters" who inhabited the end of station platforms, never mind the weather! We were writing down (steam) engine numbers (we all had Ian Allen's books that listed all engines of the various classes). Whenever we saw one not spotted before, then that was a "cop". Innocent days, mostly in wartime. It's heartwarming in this hi tech age to find there's a resurgence in railway interest; Michael Williams nicely makes that clear!
.
Read more
One person found this helpful
Helpful
Sending feedback...
Thank you for your feedback.
Sorry, we failed to record your vote. Please try again
Report abuse