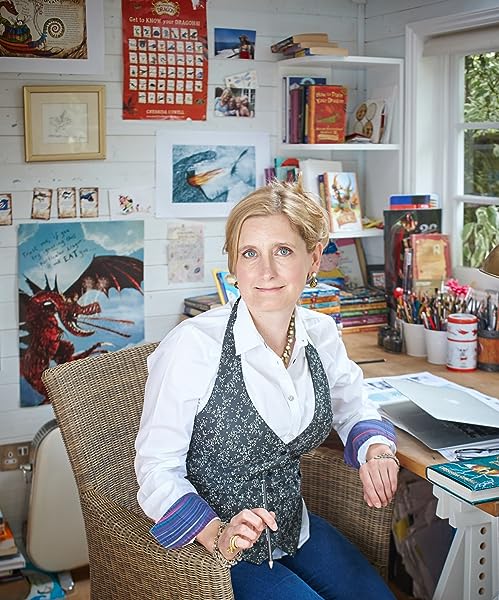 Fastest delivery: Wednesday, Aug 19 Details
Note: This item is eligible for click and collect. Details
Pick up your parcel at a time and place that suits you. How to order to an Amazon Pickup Location? Learn more
Read more Read less

The first in the successful series... perfect for tricky boy readers, as the action scenes are first-class., The Sunday Telegraph

Mentioned in the 100 Best Children's Books Ever (Novels), The Daily Telegraph

If you haven't discovered Hiccup yet, you're missing out on one of the greatest inventions of modern children's literature -- Julia Eccleshare, Guardian’s Children’s Books Editor

By turns hilarious and wise, it's never predictable, brilliantly illustrated and always delightful, The Times

A laugh out loud romp of a Viking adventure, Observer

The start of the most original series for kids in ages. Funny, clever and great for the whole family to share, Dundee Courier

Her genuinely fierce, intelligent and scary dragons nearly steal the show, but Hiccup and his diminutive sidekick ultimately come out on top, both displaying a proper hero's mix of quick wit, courage and loyalty, Kirkus

The hilarious exploits of Hiccup Horrendous Haddock the Third - the smallish Viking with a longish name. Can he become the Hero everyone expects him to be? Read the bestselling series that inspired the hit DreamWorks film How to Train Your Dragon.

Cressida Cowell is currently the Waterstones Children's Laureate (2019 - 2021). She is the author and illustrator of the bestselling The Wizards of Once and How to Train Your Dragon books series, and the author of the Emily Brown picture books, illustrated by Neal Layton.

Cressida is an ambassador for the National Literacy Trust and the Reading Agency, a Trustee of World Book Day and a founder patron of the Children's Media Foundation. She has won numerous prizes, including the Gold Award in the Nestle Children's Book Prize.

How To Train Your Dragon

Readers will find delight, magic and adventure in this EPIC world of dragons and vikings. This original series that inspired the hit DreamWorks Animation films is made up of twelve hilarious adventures, featuring accidentally-heroic Hiccup and his tiny dragon Toothless. These books are fantastic for readers of all ability and interest range.

Discover the magic of Cressida Cowell... 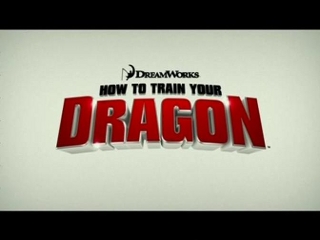 4.6 out of 5 stars
4.6 out of 5
1,101 customer ratings
How does Amazon calculate star ratings?
Amazon calculates a product’s star ratings based on a machine learned model instead of a raw data average. The model takes into account factors including the age of a rating, whether the ratings are from verified purchasers, and factors that establish reviewer trustworthiness.
Top reviews

Jackie Walker
5.0 out of 5 stars Gripping family time ahead!
Reviewed in the United Kingdom on 14 February 2019
Verified Purchase
I bought these books for my son who is 7 and a very reluctant reader. Right from the very first chapter all of us were hooked. These books are different from the films and series but are fabulously engrossing! I have found my son on many a morning lying in bed reading them. Thank you Cressida you have helped my son discover a love of reading and sparked his imagination as well.
Read more
10 people found this helpful
Helpful
Comment Report abuse

Atlas
5.0 out of 5 stars Childhood favourite
Reviewed in the United Kingdom on 17 September 2018
Verified Purchase
I loved this as a child, as a teenager, and once again as a fully fledged adult. I bought this as a gift for my adult boyfriend who had only every seen the films (they are great films, but the only thing they took from the books was Hiccup, Vikings, and dragons. None of the interesting nuances of the books. Or even, y'know, the actual plot) and he laughed. I think that meant he was pleased.

Either way, How To Train Your Dragon is a great short read, recommended for children and adults alike. The illustrations are great and one of my favourite elements of the book!
Read more
7 people found this helpful
Helpful
Comment Report abuse

Amazon Customer
5.0 out of 5 stars The Best book I have ever read.
Reviewed in the United Kingdom on 14 January 2019
Verified Purchase
Normally i cant find a good book but because i am 12 u would think finding a book would be easy.WELL IT IS NOT EASY!!!This book is great for everone all ages.This booked touched me at the end.Spoiler Alert.(For book 2)It says at the end of book 1 that you dont need to read the books in order but in book 2 it says stuff about the things that happend in book one.

Dee
5.0 out of 5 stars Hysterical!
Reviewed in the United Kingdom on 29 August 2017
Verified Purchase
I loved this. Cowell is an exceptionally funny writer, and there were some real laugh out loud moments. It was impossible not to fall for the characters, and to get lost in this sweet, hysterical story about a boy learning ho two be a hero the hard way - i.e. using his brain rather than brawn. It was clever, surprising, and also filled with real heart. Highly recommended. Oh and the drawings - loved them!
Read more
7 people found this helpful
Helpful
Comment Report abuse

Jester Bloggs
5.0 out of 5 stars Excellent and engaging children’s story.
Reviewed in the United Kingdom on 12 November 2017
Verified Purchase
Excellent and engaging book for young children, especially 7-9 years. Many children have seen the films but always enjoy the book as it is quite a different story to the films and grabs their interest. The amusing illustrations and a little bit of silliness ensure that its a hit hit with both boys and girls.
Read more
6 people found this helpful
Helpful
Comment Report abuse

Simon
1.0 out of 5 stars Dreadful series
Reviewed in the United Kingdom on 13 July 2020
Verified Purchase
Oh god. Just be aware this is the start of a twelve book series, and while some of the earlier books are ok, the later ones are some of the worst and laziest written most tedious children’s books I’ve ever had the misfortune to have to read aloud. Repetitive, endless dull asides from the author, clunky language, bad editing, the lot. Even the six year old audience grew to dislike them. You’ll be wishing a dragon would eat hiccup well before the end. (Sadly, they don’t)
Read more
Helpful
Comment Report abuse

David
5.0 out of 5 stars Wonderful story
Reviewed in the United Kingdom on 6 October 2015
Verified Purchase
This is a real fascinating little story, and although I know it is really a children's story, and I am a Grandad, who cares.
I just had to read it, after seeing the animated films, which I thoroughly enjoyed.My grandkids enjoyed the book as well, and let's face it,I have to keep up with them!
Anyway, books are written for people of every age, and I will over the course of time, be getting the full collection of Hiccup, and his Dragon Toothless.
Try it, and you will enjoy the farce as well!
Read more
7 people found this helpful
Helpful
Comment Report abuse

Roseanne
4.0 out of 5 stars Great story, would love better illustrations
Reviewed in the United Kingdom on 24 August 2019
Verified Purchase
My son is going through a HTTYD phase at the moment so I thought why not go back to the source material! He is not reading independently yet so we read the book together but he was so upset with the fact that original Hiccup looks nothing like Dreamworks Hiccup! But I know the target audience isn't for his age group, so I have give a 4 star for the story itself and the laugh out loud moments we have had together whilst reading. Cressida Cowell has created a fabulous world in Berk.
Read more
One person found this helpful
Helpful
Comment Report abuse
See all reviews from the United Kingdom

W. Ritch
5.0 out of 5 stars A joy to read and it really does encourage reading.
Reviewed in Canada on 23 November 2013
Verified Purchase
I picked up the book for my 8 year old grandson. It was a huge success. The stories started off being read at a quiet time or before bed. Now we are at the time where he is reading the books himself. With the audio books, great for trips, he can follow along in his own book. The stories about a boy, who tries to do be a Viking but because he is young, and small, has a few problems. The problems he gets into, with the help of Toothless, his dragon and his friends will bring a smile to the reader. The "joys" of growing up, Viking style. I have read the books as well and can say they are a JOY for all ages. What a wonderful way to start a love of reading.
Read more
2 people found this helpful
Helpful
Sending feedback...
Thank you for your feedback.
Sorry, we failed to record your vote. Please try again
Report abuse

Sandeep
5.0 out of 5 stars good read
Reviewed in India on 12 January 2020
Verified Purchase
good read.. felt like a kid, reading this book.
will get the next ones in the series.. too!!
Read more
One person found this helpful
Helpful
Sending feedback...
Thank you for your feedback.
Sorry, we failed to record your vote. Please try again
Report abuse

kathy gardner
4.0 out of 5 stars Great story, we have it in hard cover
Reviewed in Canada on 22 August 2015
Verified Purchase
Great story, we have it in hard cover. David Tennant is a total HOOT! Great choice for the actor to voice the series.
One problem with the cds is the choice of music and other sounds used to move you from chapter to chapter. They aer very loudly recorded compared to the voices of the actor. Too starting.
Read more
Helpful
Sending feedback...
Thank you for your feedback.
Sorry, we failed to record your vote. Please try again
Report abuse

SUDIPTA
5.0 out of 5 stars wonderful
Reviewed in India on 4 May 2019
Verified Purchase
My 7.5 years old boy loved it too much..
Read more
One person found this helpful
Helpful
Sending feedback...
Thank you for your feedback.
Sorry, we failed to record your vote. Please try again
Report abuse

Elisa
5.0 out of 5 stars Love the story
Reviewed in Italy on 8 April 2015
Verified Purchase
An amazing story with David Tennant as a fantastic narrator!
You're never too old to listen this audio-book! Recommended to everyone!
Read more
One person found this helpful
Helpful
Sending feedback...
Thank you for your feedback.
Sorry, we failed to record your vote. Please try again
Report abuse