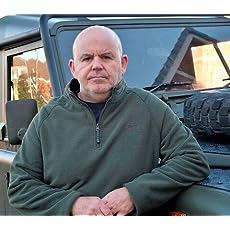 Follow to get new release updates, special offers (including promotional offers), and improved recommendations.
ANTHONY MCNALLY is a decorated former British soldier Royal Artillery soldier that saw active service in the 1982 Falklands War. Credited with the shooting down of two enemy aircraft with SAM missiles. After being diagnosed with PTSD (Post Traumatic Stress Disorder) he began writing about his experiences which led to his successful writing career and his true-life book 'Still Watching Men Burn Fighting the PTSD war,' plus his acclaimed trauma and World War One poetry book 'Screaming in Silence.'

Internationally recognised for his tireless campaigning for better treatment and understanding of veterans with mental health problems he is highly sought after by press and media around the world to give his views on the subject. Hailed as a pioneer by many in the psychiatric world after he bravely spoke out about mental health when PTSD was an unknown and taboo subject within the British Armed Forces and veteran community.

Living in the tranquil English Lake district with his wife Linda and his two Labrador dogs, Anthony continues to write his best-selling books, now being read by the SAS (Special Air Service). Book 4 in the thought-provoking Conner Ryan Series coming soon.


Please visit the author's website to see his other work. www.tonymcnally.co.uk
Read more 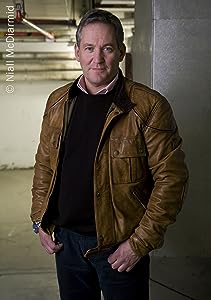 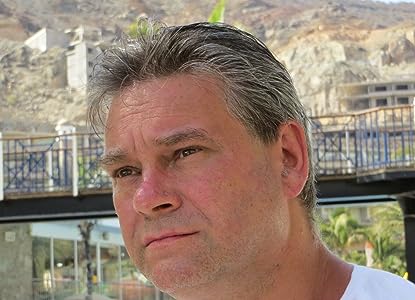 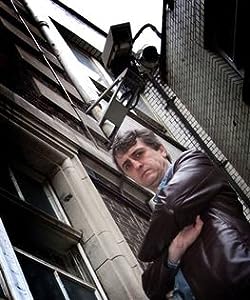 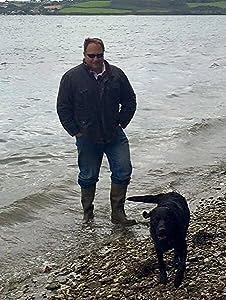 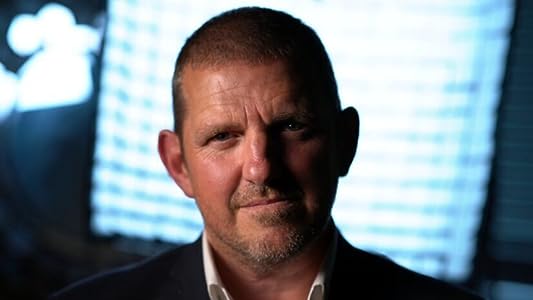 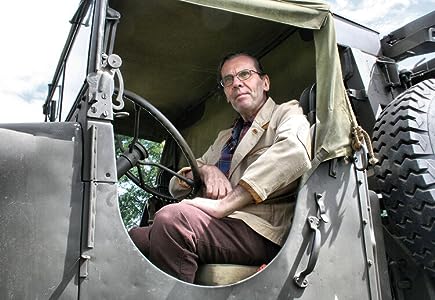 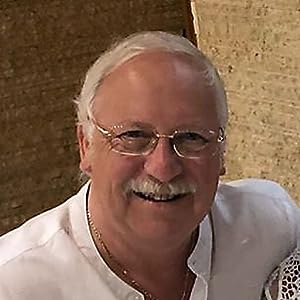 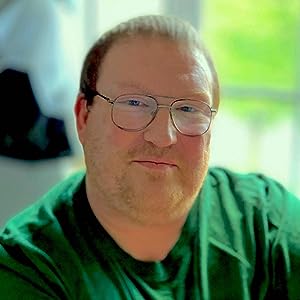 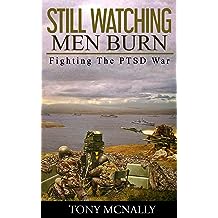 Still Watching Men Burn: Fighting The PTSD War 19-Jul-2016
by Tony McNally
( 47 )
£3.99 £10.00
British soldier Tony McNally had a vital job in the Falklands - as a Rapier missile operator, his job was to protect the British ships and men from air attack by the fearless and desperate Argentinian pilots. His war went well when he shot down two Argentine jets - until June 8, 1982 when McNally and his Rapier system were dug in on the hillside overlooking Port Pleasant near Fitzroy, wrongly referred to as ‘Bluff Cove’, providing Air Defence cover for the RFA Sir Galahad and Sir Tristram LSL’s , as they sat waiting to off-load hundreds of soldiers.
Suddenly,Argentine A4 Skyhawks screamed into the bay loaded with 500Ib bombs... and McNally's system failed. He and his detachment watched, helpless, as bombs rained down on the defenceless ships. Fifty men of the Welsh Guards lost their lives and many others - famously including Simon Weston - were horribly burned.
McNally's life changed in that moment. He left the army after the war and - though he re-enlisted and even volunteered for Northern Ireland - he was riddled by guilt and plagued by nightmares and flashbacks of that awful day. ‘Still Watching Men Burn’ is updated from ‘Watching Men Burn’ and covers his journey back to the Falklands Islands Pilgrimage in 2007 and his ongoing personal battle with mental health up to 2016. 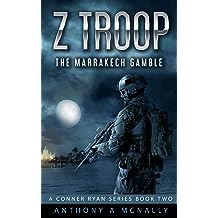 Z Troop The Marrakech Gamble: A Conner Ryan Series (The Conner Ryan SAS series Book 2) 29-Nov-2018
by Anthony McNally
( 12 )
£2.99 £8.00
Ex-SAS soldier Conner Ryan is blackmailed by the British security services who know about the murder of Conner’s former SAS Officer. Forced to return to the military and the barbaric penal unit titled ‘Z Troop’ Conner finds himself back on the lawless bloody streets of a united Ireland only this time fighting a new brutal civil war alongside the Irish Defence Forces against a fanatical Loyalist terrorist group its ranks swelled with former British soldiers incensed at the betrayal by the British Government.
Wrongly blamed for the assassination of a notorious Loyalist leader Billy ‘chainsaw’ Black in Catalonia Conner and his family are targeted for revenge. Sent to Kenya for continuation training Conner is unaware of the threat to his wife and boys on two fronts the Irish Loyalists and his own terrorist brother Declan O’Malley aka Javed Kassem Hanadani now working for Iranian intelligence. The cruel treatment at the hands of ‘Z Troop’ finally pushes Conner to breaking point unable to protect his loved ones.
Once again, it’s up to his best friend Russian ex-Spetsnaz soldier Alexi Grebenshchikov who was also sent to ‘Z Troop’ from the notorious Black Dolphin prison in Russia to fight alongside SAS/SBS soldiers in Morocco in a near suicide mission against Hezbollah fighters to protect Conner’s family and finally try to kill O’Malley. Operation Paperclip is a huge gamble with the British security services using Conner’s son as bait. Will the Marrakech gamble pay off? 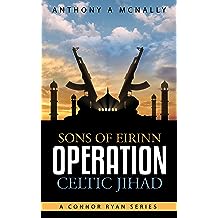 Sons of Eirinn Operation Celtic Jihad (The Conner Ryan SAS series Book 1) 04-Nov-2017
by Anthony McNally
( 32 )
£2.99 £8.63
The New World Order of the post-NATO era, the GMA Global Military Alliance is the new policeman on the block. Two twin brothers, one a fanatically Catholic Republican Irish terrorist, one a former SAS soldier. Both trained killers on a bloody brutal collision course searching for an Iranian Super Explosive in War-torn Turkey.
Ex-Special Forces soldier Connor (Skid) Ryan is recruited as a ‘contractor’ by his former hated SAS officer to capture or kill Declan O’Malley a notorious Sons Of Eirinn bombmaker. With soldiers from the PKK Ryan has to execute a daring military operation, this time without his Special Forces comrades, before the terrorists can use the WMD on the streets of Britain. The worlds security services of China Russia USA and the UK are all desperately homing in to prevent another 9/11 atrocity on an even larger scale than the World Trade Centre. Can successful new partnerships really be forged between The Sons Of Eirinn and the Swords Of Islam to destroy the Zionists, Americans, and the English? Can western governments work together in the shadow world of military contracting? Can Connor Ryan really capture or even ‘kill’ his own brother? Can he achieve this vital mission even though he is suffering from PTSD? (Post Traumatic Stress Disorder?) Post NATO one thing that remained a constant, the need for anonymous men to do the bidding of those in power, the unspeakable acts of violence, deniable deeds of someone else's nightmare using the unsung heroes that oiled the dirty wheels of Governance, men like Special Forces soldier Connor Ryan and the shadow warriors.
Read more
Other Formats: Audible Audiobooks , Paperback 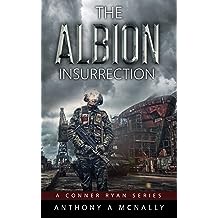 The Albion Insurrection: A Conner Ryan Series Book Three (The Conner Ryan SAS series 3) 27-Mar-2020
by Anthony McNally
( 2 )
£2.99
When the most powerful man on earth wants you dead you have got a bit of a problem. Ex-SAS soldier Conner Ryan’s constant merry-go-round of mayhem takes another cataclysmic murderous spin. The powerful paranoid face of Jerome Eugene Armstrong the President of the United States leader of the worlds № 1 superpower wants to wipe the board clean of any blood trails that could lead back to the White House. Ryan is marked for bleaching by underworld criminals after serving his purpose in the assassination of the head of Britain’s MI5 Sir Winston Didcot.
Ryan is desperate to enter another country beset by bloody turmoil only this time it’s his own the United Kingdom suffering the biggest loss of life to military emergency services and civilians since World War Two. Thousands are killed in the shape of an insurrection designated Albion by the under siege British Government. Killing fields no longer in the middle east but gruesome war zones with household names like Costa Coffee Ted Baker and Dorothy Perkins in blood-soaked shopping malls cleared of J’s by the young battle-hardened soldiers of Task Forces Trebuchet.
SAS officer Rory Houston helps his old friend Ryan and his team fly to the UK from Russia to evacuate his ex-wife Jenny and his boys to his old once peaceful log cabin in the English Lakes that becomes the violent epicentre of a traumatic heart-breaking and possibly last disturbing mission as he is hunted by psychopathic London gangsters that force Ryan to initiate action in the shape of Operation Ark a military precision plan to finally save himself and his family from all those that wish him harm. Will the Irish warrior still struggling with PTSD finally escape the clutches of the anonymous global puppet masters? 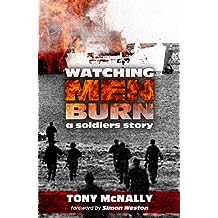 Watching Men Burn: A Soldier's Story 15-Sep-2010
by Tony McNally , Simon Weston
( 44 )
£3.12
Gunner Tony McNally had a vital job in the Falklands - as a Rapier missile operator, his job was to protect the British ships and men from air attack by the fearless and desperate Argentinian pilots. His war went well - until June 8, 1982. McNally and his Rapier system were dug in on the hillside overlooking Bluff Cove, guarding the Sir Galahad troop ship as it sat waiting to offload hundreds of soldiers. Suddenly, enemy fighter-bombers screamed into the bay... and McNally's system failed. He watched, helpless, as bombs rained down on the defenceless ship.
Fifty men of the Welsh Guards lost their lives and many others - famously including Simon Weston - were horribly burned. McNally's life changed in that moment.
He left the army after the war and - though he re-enlisted and even volunteered for two tours of Northern Ireland - he was riddled by guilt and plagued by nightmares and flashbacks of that awful day.
Watching Men Burn is his gripping, moving and funny story of army life and the dreadful reality of warfare and its effects on the survivors.
With a foreword by Simon Weston.
Read more
Other Formats: Paperback 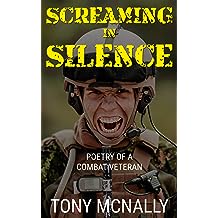 After leaving the forces he was diagnosed with PTSD by a civilian doctor and was at first unable to talk about his War time experiences, he was told to go home and try and write down his thoughts and feelings. He soon realized that writing was therapeutic and began to write poetry and short stories, Screaming in Silence is his first book of poetry and a short story about the First World War. Written from the heart this is a powerful collection of works that can only be written by someone that has experienced the brutality of War and mans inhumanity, which is apparent with his colorful and brutal and then at times beautiful, poignant and gentle words. He covers a wide range of subject matter, Politics, murder, homelessness, divorce, Religion and obviously War, McNally hits the readers with the ferocity of an exploding grenade then the gentleness of a poppy petal blowing gracefully in the summer breeze.