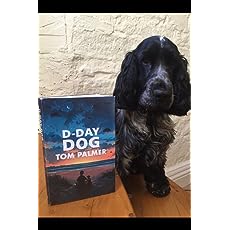 He has written three series for Puffin Books - Football Academy (7+), Foul Play (9+) and The Squad (9+) - and several books for Barrington Stoke, including, most recently, Armistice Runner, which has been shortlisted for 5 book prizes and D-Day Dog, due out May 2019.

He is the author the new Roy of the Rovers fiction series, published by Rebellion.

Tom visits over 150 schools every year to run his Football and Rugby Reading Games, which tie in with his long-term work in reader development. From 2019 his range of school events will include history workshops ranging from WW2, WW1, Viking, Anglo Saxon, Roman and Iron Age.

He has worked around the UK and the world for the National Literacy Trust, the British Council, the Reading Agency, Reading Force, the Premier League, the FA and England Rugby. He is the Writer in Residence at the RAF Museums.

He is the winner of the Solihull and Leicester children's book awards and was shortlisted for the prestigious Blue Peter Book Award.

Tom lives in Yorkshire with his wife, daughter, dog and cat. 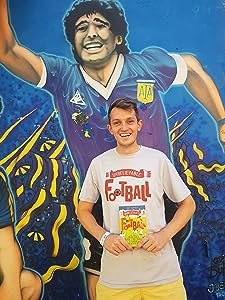 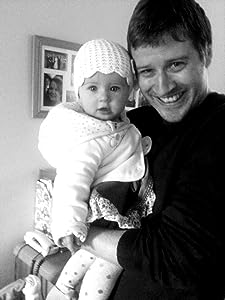 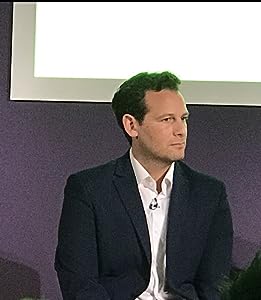 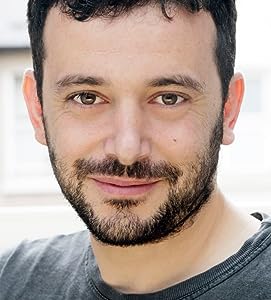 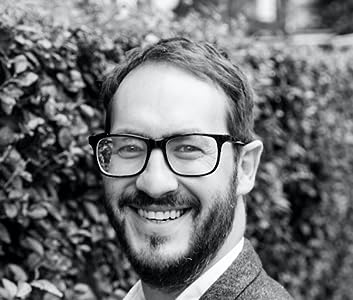 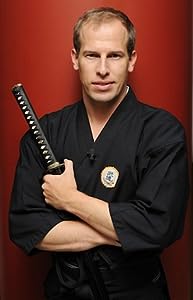 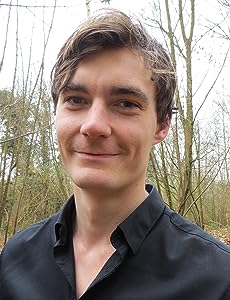 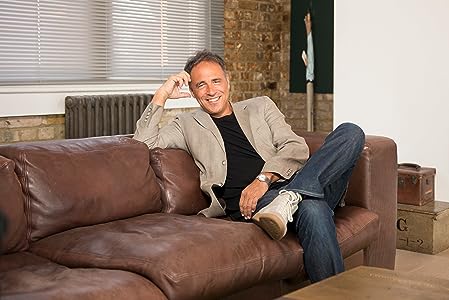 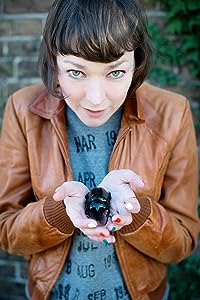 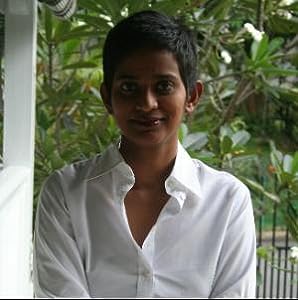 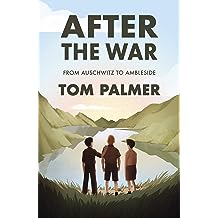 After the War: From Auschwitz to Ambleside 06-Aug-2020
by Tom Palmer
( 29 )
£3.99 £6.99
Summer 1945. The Second World War is finally over and Yossi, Leo and Mordecai are among three hundred children who arrive in the English Lake District. Having survived the horrors of the Nazi concentration camps, they've finally reached a place of safety and peace, where they can hopefully begin to recover. But Yossi is haunted by thoughts of his missing father and disturbed by terrible nightmares. As he waits desperately for news from home, he fears that Mordecai and Leo - the closest thing to family he has left - will move on without him. Will life by the beautiful Lake Windermere be enough to bring hope back into all their lives?
Read more
Other Formats: Paperback 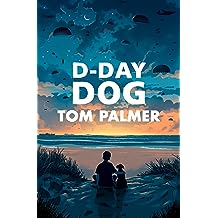 D-Day Dog 06-Aug-2020
by Tom Palmer
( 38 )
£3.99 £6.99
Jack can't wait for the school trip to the D-Day landing beaches. It's his chance to learn more about the war heroes he has always admired - brave men like his dad, who is a reserve soldier. But when his dad is called up to action and things at home spiral out of control, everything Jack believes about war is thrown into question. Finding comfort only in the presence of his loyal dog, Finn, Jack is drawn to the heart-wrenching true story of one particular D-Day paratrooper. On 6 June 1944, Emile Corteil parachuted into France with his dog, Glen - and Jack is determined to discover their fate ...
Read more
Other Formats: Paperback 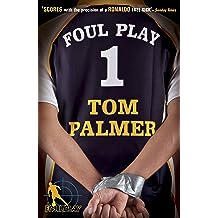 Foul Play (Foul Play Series Book 1) 01-Jul-2008
by Tom Palmer
( 52 )
£3.99 £6.99
Danny is obsessed with two things: football especially City Football Club and investigating crimes. So when England and City footballing hero Sam Roberts is reported missing the day after Danny saw him being taken, blindfolded, into the bowels of the City FC stadium late at night, he's determined to get to the bottom of it. But is Danny getting into something he can't handle?
Read more
Other Formats: Paperback , Audio CD 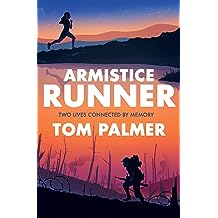 Armistice Runner 06-Aug-2020
by Tom Palmer
( 47 )
£3.99 £6.99
Lily has lots of worries. She's struggling to compete in her fell-running races and, worse, she's losing her gran to Alzheimer's. But then she discovers her great-great-grandfather's diaries from the First World War. Could his incredible story of bravery help her reconnect with her gran and even give her the inspiration she needs to push through and win?
Read more
Other Formats: Paperback 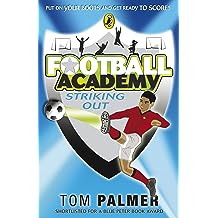 Yunis can't believe that he's United leading scorer. It should be the happiest time of his life, but his father wants him to give up football and work hard at school. Can Yunis convince his dad that he can do both, or will he have to hang up his boots forever?

Stay on the ball this season with all the action from Football Academy. 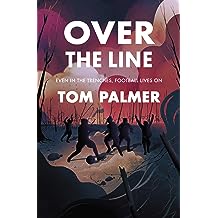 Over the Line (Conkers) 06-Aug-2020
by Tom Palmer , Ollie Cuthbertson
( 26 )
£3.99 £6.99
It's the proudest moment of Jack's life - his debut as a professional footballer. Now he has a chance to achieve his dream of playing for his country. But it's 1914 and the world is at war. Talk of sportsmen's cowardice leads to the formation of a Footballers' Battalion and Jack has little choice but to join up. The promise of a Cup in Flanders offers a glimmer of hope, but Jack and his teammates will have to survive a waking nightmare if they are ever to play again. A stunning new edition of Tom Palmer's bestselling novel based on the true story of WWI war hero and footballing legend Jack Cock.
Read more
Other Formats: Paperback 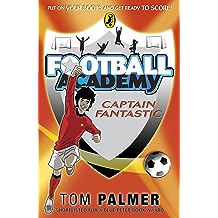 An exciting football series, following the adventures of United's under-twelves side.

Since Ryan Flynn got into trouble for bullying, he's been determined to pull his socks up and be the best captain United's ever had. So when team-mate Craig causes problems on - and off - the pitch, Ryan knows he must get to the bottom of it or he'll lose a talented player. But Craig's worries are much bigger than Ryan realized - can he help Craig and stop him from being shown the red card? 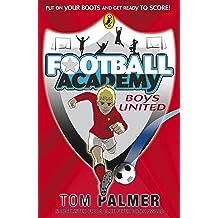 Jake loves football and dreams of becoming a professional footballer. He's worried about his height though - what if he's too small for football? But on the day of his trial Jake is quick on the ball and scores - he's made it! Jake can't wait to pull on his shirt and join the team. But someone at the club wants to make his life difficult. Can Jake face up to the bullies and become man of the match again?

Stay on the ball this season with the first four stories following the boys in United's under-twelves. 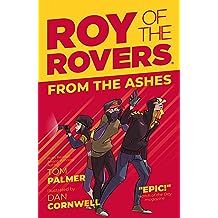 Roy Race has the world at his feet. He’s playing Premier League football, earning plenty of money, has a great girlfriend, and things are even looking up at home.

The only problem is, he’s not playing for Melchester Rovers. And the club he loves, the club he has supported all his life, the club that, until recently, he played for, is falling apart. Mel Park lies in ruins.

Dodgy backroom deals brought Rovers low, and now Roy is determined to find a way back to his old club - and to lift it out of the mess it’s in. But he might have to break a few rules to do it...

“It has everything that a football fan needs... match day action, local club rivalry, modern football politics, trials, crunching tackles, tricks, misses and goals. It also has everything that today's children need as they grow up. It is jam-packed with positive role models, girls involvement in Women's Football, respect, mental well-being, good work ethic, education and aspiration.” – Books for Topics on Scouted


“Packs a lot of punch in its short and simple to read pages… It captures the feel of playing and having a passion for football at an early age very well. More than that it sets out the stall of the new Roy Race, his family background, his friends and enemies, where he lives and his work ethic.” – Comic Scene Magazine on Scouted


“I give it 5,000,000 stars! I recommend it to 9+ football fans but also non-football fans. I’m not a football fan but I still really enjoyed reading this book. Look out for the graphic novels and the rest of the series. Amazing!” – The Book Brothers on Scouted


“Football-lovers will love the description of on-pitch action which is pacy yet satisfyingly detailed. This is a book that I am looking forward to putting on the shelves at school - I know already that it will be a popular title amongst our football-loving children (not just boys!).” – That Boy Can Teach on Scouted
Read more
Other Formats: Paperback 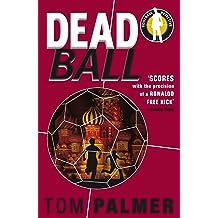 Russian billionaire Dmitri Tupolev and a mystery Englishman agree to fix an important match in Russia's favour by intimidating the England goalie, Alex Finn. But Alex goes against their wishes. His punishment: an 'accidental' car crash and he's out of the return game in Russia.

Something is going on with England's replacement goalie, and Danny soon finds himself caught up with the criminals of the footballing underworld. Will he unravel the match-fixing mystery? 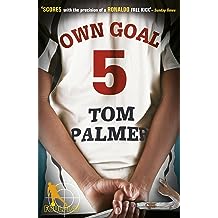 Danny loves supporting his local team, City FC. So when everyone starts supporting the Italian team Forza FC, Danny is angry. His club is in jeopardy and needs their support. Danny decides to investigate the sudden popularity of the new team - starting with Forza's billionaire owner - and that's when the danger really kicks off. . .

Can Danny uncover the sinister reasons behind Forza's success - and save City at the same time? 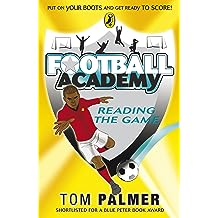 Ben is at his happiest playing for United and is getting top marks from the coach. But every day at school is a trial for Ben, as he struggles to hide a huge secret from his teachers and classmates.
Ben's secret is starting to affect his game - can he swallow his pride and ask for help before he sidelines himself - for good?