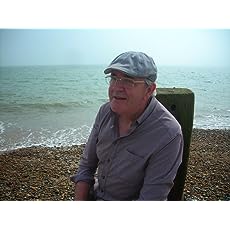 Plays performed at venues include:

Copies of plays can be emailed to interested parties.
Read more 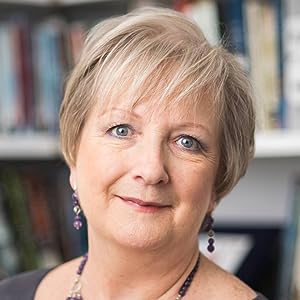 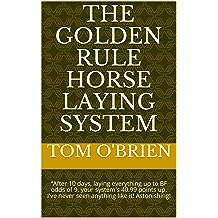 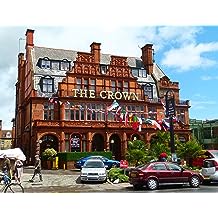 WORKING FOR THE SUBBY: Johnjo's tale 16-Jul-2018
by Tom O'Brien
( 7 )
£0.99 £4.15
JOHNJO...is the study of a man from the cradle to the grave. Forced to go on the run from his Comeragh hill farm at an early age, Johnjo washes up in Lincolnshire in war-time England. Working on farms, and often finding himself treated worse than the prisoners-of-war, he goes on the run again. And so begins a life-long association with ‘the lump’ – the dark underbelly of the construction industry. From building motorways and living in camps you ‘wouldn’t keep a decent dog in’, we eventually find him working in London for a ‘subby’ called Bannaher – not having been home to Ireland for more than thirty years. Disillusioned and bitter at having been ground down by the harshness of his life, he, nevertheless, hangs on to a few sparks of defiance. The final straw comes when he sees his friend (lover?) buried alive in the trench they are working in, and he embarks on a rebellious ‘last hurrah’.
Read more
Other Formats: Paperback 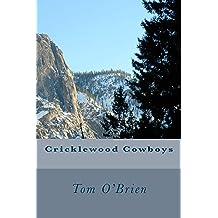 Cricklewood Cowboys 12-Feb-2014
by Tom O'Brien
( 11 )
£1.45 £6.65
Terry, Chris and Larry are three Irish friends in the London of the 1960's with little in common except their liking for 'dishonest work'. Chris is a pickpocket in the West End; the time of the first race determines what time Larry gets out of bed; Terry's aversion to manual labour is so strong that he says 'I'd rather starve than work on the fucking buildings'. Then there is Bannaher, the big man, the 'subby', who is publicising his new pub venture by having a friend of theirs temporarily buried alive in the pub's back garden. 'A charity lie-in', he calls it. Into this mix comes Tessa, blonde, English and 'out to screw the world before it screws me'. Before she is finished all their lives have changed irrevocably.
It's a tale of greed and deception that trawls the pubs and building sites of Kilburn and Cricklewood, and the mean street of Limerick.
Read more
Other Formats: Paperback 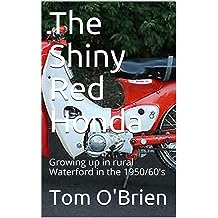 The Shiny Red Honda: Growing up in rural Waterford in the 1950/60's 03-Feb-2019
by Tom O'Brien
( 6 )
£3.99 £5.70
The Shiny Red Honda is about growing up in rural Ireland in the 1950/60's, a time of great rural upheaval and change. The creamery, the horse and cart, cross-road dancing, travelling shows, the threshing machine...all their days were numbered. Going to school across the Mass-Path, thinning turnips for a shilling a drill, watching Audie Murphy and Randolph Scott in films that broke down half-way through every reel, being an Altar boy and 'fiddling' the church collection boxes, learning to dance with a broomstick as a partner...rare memories of an age of innocence. Who flattened Fr. Sinnott in the sacristy? What was the initiation ceremony at Flahavans Mills? Who was the trombone player in the band who couldn't play a note? It is also about dreams and aspirations: a young man's entry into the world of work, and his brief flirtation with the music biz. A story told honestly and uncompromisingly. As it was - warts and all.
Read more
Other Formats: Paperback 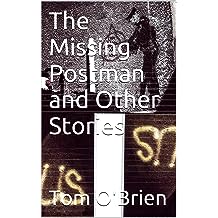 The Missing Postman and Other Stories 27-Nov-2013
by Tom O'Brien
( 2 )
£2.33
A book of quirky short stories about life in modern Ireland - mostly from those who have left its shores and who are no longer sure where 'home' is.
Read more 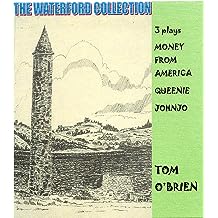 THE WATERFORD COLLECTION - 3 plays by Tom O'Brien 30-Nov-2013
by Tom O'Brien
£2.20
3 plays set in the Waterford area.
QUEENIE….is the story of Victoria Dwan (Queenie), who has been institutionalised since an early age. Most of her life has been spent at the mental institution called St Josephs, on the outskirts of Dungarvan, although in later years she has been living there as a voluntary patient. Now, St Joseph’s is coming down and Queenie has been “released” into the community at large.
Her first port of call is to revival of the open-air stage-dancing at Granagh Cross, which she remembers from her youth. Her visit brings back to her memories of the tragic events which caused her to lose her sanity - and very nearly her life. Not always able to separate present-day reality from the past, Queenie also possesses second-sight - frightening psychic powers, which, in the past, had seen many in the neighbourhood label her a witch.
She sees things, she talks to spirits, and she holds the answers to a series of traumatic events which had consequences for many in the neighbourhood: not least her sister’s tragic death by drowning in the Black Hole, or the vicious beating and ultimate disappearance of William Greatorix, an itinerant English labourer. 2m 2f


MONEY FROM AMERICA.... centres round the return of Jack Carey to his home – a Comeragh hill-farm - from America. Having subsidised his brother, Lardy, over the years with money from America, Jack has returned to stake his rightful claim on the farm as elder brother. However, Lardy proves less than willing to give way to change, having lived a solitary life of poteen-manufacturing with only Molly the pig farmer for company. When Jack’s fiancée Phyllis arrives from Dublin to set things right tempers flare and secrets are spilled. Jack is subsequently found murdered after a heavy drinking session with Lardy, and the police are determined to prove that Lardy is the culprit. It turns out to be not as simple as that, however. 4m 3f

JOHNJO...is the study of a man from the cradle to the grave. Forced to go on the run from his Comeragh hill farm at an early age, Johnjo washes up in Lincolnshire in war-time England. Working on farms, and often finding himself treated worse than the prisoners-of-war, he goes on the run again. And so begins a life-long association with ‘the lump’ – the dark underbelly of the construction industry. From building motorways and living in camps you ‘wouldn’t keep a decent dog in’, we eventually find him working in London for a ‘subby’ called Bannaher – not having been home to Ireland for more than thirty years. Disillusioned and bitter at having been ground down by the harshness of his life, he, nevertheless, hangs on to a few sparks of defiance. The final straw comes when he sees his friend (lover?) buried alive in the trench they are working in, and he embarks on a rebellious ‘last hurrah’. 1m 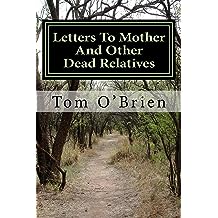 Letters To Mother And Other Dead Relatives 10-Feb-2014
by Tom O'Brien
( 1 )
£1.45 £4.48
When my aunt Margaret died intestate in London a few years ago nobody in the family had seen her since the 1940's. The legal process involved in establishing our claim to her estate revealed some deeply buried family secrets. For example, who was my mother's father? Was he a soldier in the British Army killed in action in WW1? Why were my paternal grandparents buried in seperate parishes? What had happened to three siblings of my father's who I had never heard about? These and other questions are asked in a series of letters to dead relatives of mine, which actually reveal more about my own life than anything else.
Read more
Other Formats: Paperback 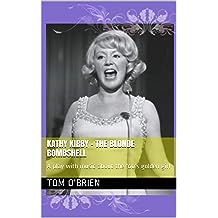 KATHY KIRBY - THE BLONDE BOMBSHELL: A play with music about the '60's golden girl 26-Aug-2018
by Tom O'Brien
( 3 )
£0.99 £4.50
Kathy Kirby always wanted stardom. And at the age of 16 she found it under the guidance of renowned bandleadr Bert Ambrose. Before too long she was the main singer in his band. And not long after that, his mistress - despite the forty-plus years age gap.
She had everything; a remarkable voice, stunning looks, and was soon a major TV and recording star. 'Britain's answer to Marilyn Monroe' screamed the newspapers.
Yet by her late thirties she was a fallen star. She stopped performing completely, became a recluse, and eventually died in poverty. So what went wrong for Kathy Kirby? This musical tribute tries to answer that.
Read more
Other Formats: Paperback 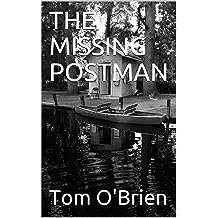 THE MISSING POSTMAN 08-May-2017
by Tom O'Brien
( 1 )
£2.33 £2.83
The Missing Postman is a journey into the world of Zeb and Zoe and their quest to avenge their unhappy childhoods. A world where the become 'Bonnie and Clyde'. They have even aped their heros and held up several stores in small-town Ireland, and are now holed up in a remote remote farmhouse, with, Martin, the local hermit for company. All is not as it seems however, and the more the story unfolds, the more we learn about Zeb's invalid mother, Lucy. Was she Martin's lover? Or Harry's, one of their robbery victims? There is also the mysterious disappearance of Martin's brother many years ago. What connection did he have with the one-time vivacious Lucy?
Read more
Other Formats: Paperback 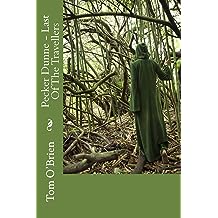 Pecker Dunne - Last Of The Travellers 21-Jun-2016
by Tom O'Brien
£2.08 £4.56
A play with music about the travelling musicians of Ireland, mostly concentrating on Pecker Dunne and Margaret Barry. They were both from travelling families, Tinkers, and were marginalised by Irish society. Looked down on, indeed persecuted for their way of life. Both were great singers and musicians, and along with the great Johnny Doran, did more to promote Irish traditional music than almost any other person of our times. Both are dead now and the play is set in a kind of imaginary ‘halting site’, where departed souls are temporarily resident while awaiting transport to somewhere permanent.
Read more
Other Formats: Paperback 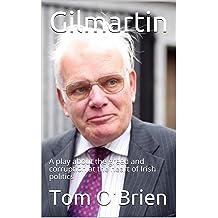 Gilmartin: A play about the greed and corruption at the heart of Irish politics 27-Sep-2018
by Tom O'Brien
£2.99 £4.09
When Bertie Ahern resigned on May 6th 2008 after 11 years as Irish Taoiseach and more than thirty years all told in the corridors of power, it was as a direct result of the fall-out that occurred from the treatment meted out to Irish businessman, Tom Gilmartin, which only emerged in its entirety at the conclusion of the Mahon Tribunal, which had sat for almost 15 years before reaching its conclusions in 2012.
Tom Gilmartin had emigrated to Luton in the 1950’s from Sligo, and over the years had built up a successful business in construction and engineering, in Luton and South East England. Now a multi millionaire he decided in the late 1980’s to invest his experience – and money - in some projects in Dublin, where unemployment was high, and where poverty had once again seen many young Irish people cross the water in the hope of a better life.
Tom had ambitious plans for several major retail developments in the city, which he hoped would provide work for hundreds, if not thousands, in the city, but little did he know that in order to do business in Dublin, senior politicians and public officials would want a slice of the action – in large amounts of cash.
Embittered and impoverished by his experiences, Tom finally blew the whistle on the corruption at the heart of government and the city’s planning system. His complaints resulted in the setting up in 1997, by order of the Oireachtas, of the Mahon Tribunal to look into ‘certain planning matters and payments’. Ironically, it was championed by none other than one Bertie Ahern.
Read more
Other Formats: Paperback GEORGE: a short story 29-May-2018
by Tom O'Brien
( 1 )
£0.99
Was George mad? He cycled around London selling old prints; he heard voices at night, telling him to paint J M W Turner canvasses, which he later tried to sell as the genuine article.
Read more