<![endif]--> Skip to main content
and over 8 million other books are available for Amazon Kindle .
Share <Embed>
Have one to sell?
Sell on Amazon
Flip to back Flip to front
Listen Playing... Paused   You're listening to a sample of the Audible audio edition.
Learn more
See all 2 images 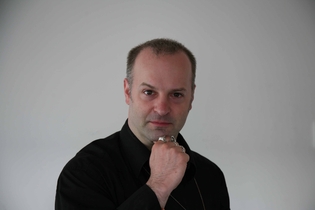 The book is an insane roller coaster ride of extreme battles, emotions and insanity (Nerdly.co.uk)

The final battle for the people of the empire is at hand - and it will shake the universe itself.

4.7 out of 5 stars
4.7 out of 5
14 global ratings
How are ratings calculated?
To calculate the overall star rating and percentage breakdown by star, we don’t use a simple average. Instead, our system considers things like how recent a review is and if the reviewer bought the item on Amazon. It also analyses reviews to verify trustworthiness.
Top reviews

Aitwo
5.0 out of 5 stars The World at peace? Not a chance!
Reviewed in the United Kingdom on 6 May 2014
Verified Purchase
Dalton is one of my favourite writers for a simple reason. He can take a character, a concept or a place and make me think one thing and then at some pivotal moment, turn my perception on its head.

Tithe of the Saviours begins with Jillian and friends recovering from the events of the previous book. A battle won and now the heroes are trying to rebuild, but is it going to be that simple? Definitely not!

It is hard not to go into too much detail without spoiling elements or plot points. This is one of my favourite books in the series for several reasons. The world goes to the very brink, but with Dalton's characters you are shown them at their best and worst and in many examples it is hard not to see the example of the human spirit fighting back against the very wheels of fate.

There were many moments where I was convinced the worst was done and that Dalton had ended it all (because I assure you, he is not one to shy off doing so) only for something that was building to reveal itself.

My favourite moment was a reveal regarding Jillian which was by far something I didn't see coming and will in rereadings changing my view of the books completely. It was one of those literal "seriously?!" moments and I applaud it, it was fantastic.

If you have read the first two books, you definitely want to see how it all plays out. Worlds, Gods, the dead, the Saviours and more are waiting for you within the pages!

Olly
5.0 out of 5 stars This is the end...
Reviewed in the United Kingdom on 24 September 2014
Verified Purchase
The third and final instalment in A J Dalton’s trilogy Chronicles of a Cosmic Warlord. As inventive and epic as the first two in the series. Still managing to maintain the strong character led storylines and a sense of humour from the others with some genuine laugh out loud moments amongst the conflict and psychological darkness at the end of the world. The first two books turned up to 11. Dalton also manages to achieve something not all modern fantasy writers strive for, an ending.
Read more
2 people found this helpful
Helpful
Comment Report abuse

ScarletBea
5.0 out of 5 stars Perfect ending
Reviewed in the United Kingdom on 25 April 2014
Verified Purchase
This last book of the trilogy is amazing.
Dodging the 'happy ever after' that seemed to result from the previous book, it turns heaven upside down, and good/bad characters aren't now quite what they seemed. Surprising, and art with words - loved Adam's writing style.
Read more
Helpful
Comment Report abuse

MSR
4.0 out of 5 stars A slow start, but if you persevere you'll be rewarded
Reviewed in the United Kingdom on 27 June 2014
Contrary to many trilogies, it's quite possible to pick up this third book and read it without having read the first two. What you don't know about the character's histories you'll deduce, or Dalton will simply find an opportunity to tell you. That said, if you're coming at this fresh, skip the first 5 pages. I'm afraid they are not this author at his best. These pages work hard to remind readers of the overarching themes explored in the first two books, but work a little too hard. I skimmed most of it. I considered giving 3 stars because of that, but page 5, however, lands you right in the beating heart of a human interest story with a tragic twist, so I'll let it pass because from then on, it became compelling.

One of the reasons this book is compelling is that you can see it's subject matter every day - just turn on the news. Every day you'll see desperate people fleeing death and tyranny, or wandering broken streets in the aftermath of a recently ended war. You'll watch as they struggle to rebuild their lives, or simply pack up what's left and drag it away down a road towards a better one. But if you've watched the news long enough you'll know that there is rarely a better life at the end of that road. More often than not it's a grubby refugee camp full of tents that were once white with 'UN' written on them, and parents who have been trapped there for so long that their children were born in those same tents, and know no other life, and are in great danger of growing up uneducated and uncivilised.

Book two, Gateway of the Saviours, ended with hope: the bad guys were defeated and banished from the world (the gate was shut)! The gods were released, or returned from exile, and balance was restored! The people were freed and a place like paradise on earth had been found were they could live! Unfortunately, the bad guys have now found a cunning back door and are sneaking back in through it, the gods are insane and jealous of their mortal saviours, and keen to bring low all their former allies to prove they are still the gods, and paradise... well, turns out it was nice once, but then a load of refugees arrived with all their stuff, and now the place is full of grubby white tents with faded blue writing on them.

And it's driving Jillan, Hella, Samnir and everyone else insane. Is this what they fought for? Is this what victory and happy ever after looks like?

Highlights include seeing Torpeth cut loose and kick divine ass, watching Freda finally reach emotional maturity (only to become a badass and a greater liability than she ever was a strength), and sympathising with Samnir as he struggles to find a role in this new post-war world: he is the archetypal career soldier who has only ever known war and cannot imagine the peace.

And then there is Jillan dealing with what basically amounts to post traumatic stress disorder after the cumulative events of the previous books, compounded by the crippling disillusion he experiences at the realisation that he cannot fix everything, and that nothing will ever be perfect. Ba'Zel is there too, and the dark machinations of the Declension are as intricate and cunning as ever, and before its all over their perverse philosophy will threaten to tear down the barrier between life and death, itself.

It's real life, folks, and as we all know, real life is hell and Dalton isn't afraid to put his characters through it. That's what makes this book a compelling read.
Read more
2 people found this helpful
Helpful
Comment Report abuse

A. Reader
5.0 out of 5 stars A fitting end to an amazing series
Reviewed in the United Kingdom on 25 June 2014
First off, I've reviewed both the previous books and given them 5 stars. This is easily the strongest of the 3 novels. The story arcs start to fall in place at a steady pace, and the characters really come into themselves. Poor Jillian, he's been through the mill and his reactions are spot on - he's angry, vengeful, scared, hurt, and Dalton does a great job of not labouring the emotions (show, don't tell done to perfection!). The stakes are high, and the ending leaves the reader wanting more from this world, more from the characters and more from the author

CaptainGrim
5.0 out of 5 stars Tithe-ing Great!
Reviewed in the United Kingdom on 23 June 2014
No spoilers here but I will say That Dalton finishes off his trilogy with great style and aplomb. Having invested so much time in reading the three weighty tomes, I reckon I know enough about the world of Jillian et al to move into it!!! In all seriousness though , the danger in working your way 3 large books is that the end can leave you deeply dissatisfied and you end up resenting the time spent reading them, I'm glad to say that's not the case here and Dalton completes everything to a fitting climax, twisting and turning all the way. Great stuff.
Read more
Helpful
Comment Report abuse

eliotjw
5.0 out of 5 stars I loved this book
Reviewed in the United Kingdom on 1 September 2014
Oh, I loved this book. Best of the trilogy for me - cos the showdown is truly cosmic. I hadn't thought so many threads could be woven together so well over three books. The Cosmic Warlord is revealed! So is the Peculiar's origin. And the dark wolf. And we see the realm of the Saviours from top to bottom, including the Eldest herself. Needless to say, the war with the gods is awesome! You gotta read it. Dalton is writing some seriously good stuff. Keep it coming.
Read more
Helpful
Comment Report abuse
See all reviews
Unlimited One-Day Delivery and more
Prime members enjoy fast & free shipping, unlimited streaming of movies and TV shows with Prime Video and many more exclusive benefits.
> Get Started