Skip to main content
A Timely Confession: A Stephen Capel Mystery and over 8 million other books are available for Amazon Kindle . Learn more
Share <Embed> 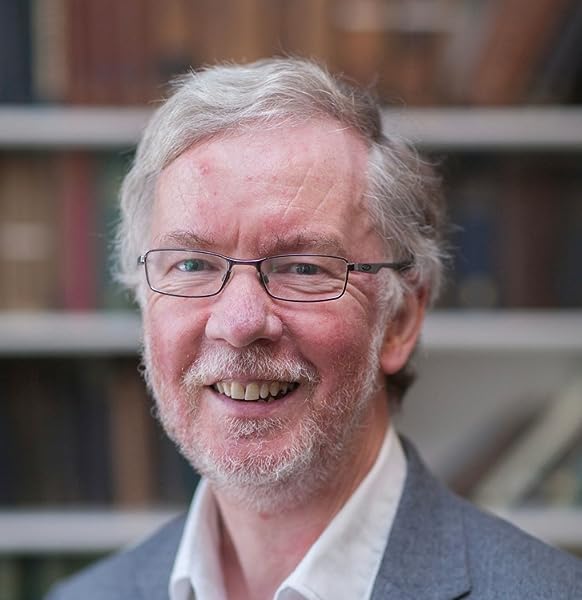 Fastest delivery: Thursday, Dec 10
Order within 7 hrs 55 mins Details
Note: This item is eligible for click and collect. Details
Pick up your parcel at a time and place that suits you. How to order to an Amazon Pickup Location? Learn more
Read more Read less
click to open popover

Start reading A Timely Confession on your Kindle in under a minute.

Brian Clegg is a prize-winning popular science writer. His most recent books are How Many Moons Does The Earth Have and Ten Billion Tomorrows, with 20 other popular science titles including Inflight Science, Before the Big Bang, and How to Build a Time Machine. His Dice World and A Brief History of Infinity were both longlisted for the Royal Society Prize for Science Books. He has also now written two books in the Stephen Capel murder mystery series - see www.brianclegg.net for more information. Born in Rochdale, Lancashire, Brian read Natural Sciences (specializing in experimental physics) at Cambridge University. After graduating, he spent a year at Lancaster University where he gained a second MA in Operational Research. From Lancaster, he joined British Airways, where he formed a new department tasked with developing hi-tech solutions for the airline. Brian has written regular columns, features and reviews for numerous magazines and newspapers, including The Wall Street Journal, Nature, BBC Focus, Physics World, The Observer, Good Housekeeping and Playboy. His books have been translated into many languages, including German, French, Spanish, Portuguese, Chinese, Japanese, Polish, Norwegian, and Indonesian. Brian has given sell-out lectures at the Royal Institution, the British Library and the Science Museum and many other venues. He has also contributed to radio and TV programs, and is a popular speaker at schools. Brian is editor of the successful www.popularscience.co.uk book review site, blogs at www.brianclegg.blogspot.com, and is a Fellow of the Royal Society of Arts. Brian lives in Wiltshire with his wife and twin children. In his spare time, he has a passion for Tudor and Elizabethan church music.

4.7 out of 5 stars
4.7 out of 5
5 global ratings
How are ratings calculated?
To calculate the overall star rating and percentage breakdown by star, we don’t use a simple average. Instead, our system considers things like how recent a review is and if the reviewer bought the item on Amazon. It also analyses reviews to verify trustworthiness.
Top reviews

Lwax
4.0 out of 5 stars Christmas Cracker
Reviewed in the United Kingdom on 22 September 2016
Verified Purchase
The second of the Capel mysteries, this time set in Bath. Capel's penchant for the ladies presents him with a bevy of suspects and a net full of poissons rouges (sic). Capel is once again helped, or hindered, by his sidekick, the affable Ed. Good fun.
Read more
One person found this helpful
Helpful
Comment Report abuse

Richard Sutton
5.0 out of 5 stars The Good Vicar Never Fails to Entertain
Reviewed in the United Kingdom on 17 February 2016
Is that really church business? Capel's really stepped in it, this time. I was fortunate in getting to know the vicar from his last foray into clue-gathering. Author Clegg's steadily paced writing style and well-drawn characterizations immediately set me at ease, feeling as if I was with old friends. Of course, this time, Stephen Capel (KAY-pul -- just so you know...) is thrown into a whirlwind of confusion along with his friend Ed, as they stumble into a murder confessed almost instantly. But as the corpses begin to pile up, tracing the connections between the victims and surviving family members becomes very confusing. Is it personal, or just business? Not giving the vicar a boost in self-confidence is an unexpected falling out with his girlfriend and an almost simultaneous attraction to the employer of the first victim. There seem also, to be cross-intentions afoot. If you enjoy police procedural mystery and local British settings, take the time to make the acquaintance of the sleuthing vicar. His good humor, self-deprecating attitude and quick wit will be as much fun for you as they have been for me.
Read more
One person found this helpful
Helpful
Comment Report abuse
See all reviews
Unlimited One-Day Delivery and more
Prime members enjoy fast & free shipping, unlimited streaming of movies and TV shows with Prime Video and many more exclusive benefits.
> Get Started