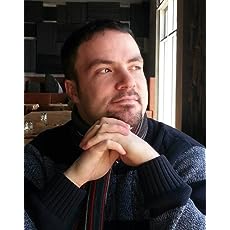 Follow to get new release updates, special offers (including promotional offers), and improved recommendations.
Tim Reed whittles the week away by frowning over reports as a technical editor, but once the moon rises, he transforms into a werebeast of writer proportions. He has gobbled classic and contemporary novels for many years and uses them as inspiration for his own writing, mainly in the horror, fantasy and sci-fi realms.

His published works include epic fantasy novel 'Summons of the Majestic' and his dark fantasy/horror ode to The Magic Faraway Tree, entitled 'What Glimmers in the Wood'.

One day, he dreams of forming his own Inklings club, creating his own Mythos or generally accepting $1 for film rights to any of his books. So no pressure.

In the meantime, he lives in relative tranquility with his wife in sunny London, musing on how to write messed-up weird fiction without having to resort to opium. He cites Tolkien, Blackwood, Herbert, Lovecraft and King as influences.

Outside of writing, Tim enjoys many hobbies - too many, for the writer within; these include most sports, being a snooty film buff, being an equally snooty theatre/museum goer, and building shrines to Bruce Campbell (one of these is untrue). He enjoys great food, good family and loves the little, peaceful things in life. 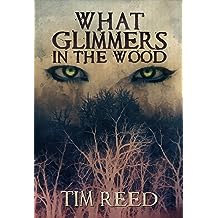 What Glimmers in the Wood 15-Aug-2017
by Tim Reed
( 6 )
£2.31 £14.60
Jared has never set foot in the eerie wood that haunts the edge of his parent’s land. It is small, overgrown, and there is something about it that makes him squirm. However, an argument with his mom leads to a sudden trip inside. There, he loses his phone, hears strange noises, and sees a pair of lemon-shaped eyes.

His world will never be the same again.

Josey has also never been in the wood on her neighbor’s land. But one fateful night, she sees Jared creeping into the trees. She follows. And as she steps beyond a ring of bluebells, everything changes.

The normal melts away.

What Glimmers in the Wood is a dark, contemporary ode to Enid Blyton’s Magic Faraway Tree. It is a tale of teenage friendship and tragedy, of domestic abuse and bullying, and of a magical forest that houses three great trees - trees that contain mysteries and lands beyond comprehension. There, Jared and Josey learn about the fickleness of the faerie. They dive deeper into its lore. But what starts as an escape from the harshness of the real world turns into something more sinister. The three magic trees have agendas. And the appearance of humans in their realm heralds a sea of change. All are at risk... Jared and Josey most of all.
Read more
Other Formats: Paperback 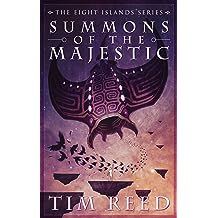 The Eight Islands: Summons of the Majestic (The Eight Island Series Book 1) 01-Dec-2016
by Tim Reed
( 6 )
£2.32 £16.04
Teepo is an orphan and a boy who can Summon - a Gromancer. The problem is that his master, Dragma, is also a Gromancer. To have two in the same generation is a curse. And when a sacred tree sheds its leaves in their village, the curse deepens and doom is foretold. Teepo has but one option. Exile.

Together with his master, Teepo must venture out into the Eight Islands and follow the ancient Gromancer way. He must search for fifty spirits of elemental, physical and mental mind, in the fool's hope of gaining a reprieve back to Paradise. But the way is near impossible. Darkness gallops on their heels; forgotten realms unzip themselves into reality; and the Darknova moves across the moon, heralding the return of an ancient evil.

Only with their shared bond can Teepo and Dragma hope to survive the gathering maelstrom. But after a while, as they gather forces around them, Teepo starts to suspect his master has an ulterior - more selfish - motive for collecting the Summons. If true, it could potentially leave Teepo alone as the last Gromancer alive...in a world stricken by chaos. 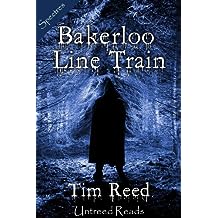 Bakerloo Line Train 18-Oct-2011
by Tim Reed
( 3 )
£0.99
John wants to turn his life around, and that starts with a marriage proposal to his girlfriend. All that's standing between him and this act is a simple journey on the London Underground. Except that this journey will be anything but simple.

Strange old ladies, apathetic passengers, a nervous Asian man and a deepening sense of unease are all obstacles to overcome, but will John gain redemption and an easy passage? Or, will this train ride lead to somewhere darker, dimmer and altogether horrifying?

A short work of horror from our Spectres line.
Read more