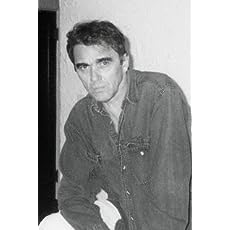 Follow to get new release updates and improved recommendations
Tadeusz Korzeniewski has lived in Poland and then in America half a life in each.

He was born in the family of a WWII Home Army fighter. He studied electronics and philosophy, then joined the pre-Solidarity anti-Communist movement as an underground writer and printer. His book "W Polsce" [In Poland] was published in the underground in 1981, and in England by an émigré publishing house. In 1984 it was awarded the Koscielski Prize. In 2010 it was republished in post-Communist Poland.

In 1981 he moved from Poland to France and then on to New York (1983), Montana (1992), and Seattle (1998), where he lives today. In New York, he worked as a busboy at the Oak Room in the Plaza Hotel. In Montana, he worked on the Flathead Reservation in a burger joint. His first job in Seattle was as an office furniture installer on the Microsoft campus in Redmond. Of the many gigs he has done for a living in America, he most values his job as a security guard, guarding the Lansdowne portrait on its cross-country tour.

He began writing in English around 1990. Generous America responded right off with a string of fellowships: from the National Endowment for the Arts, the New York Foundation for the Arts, the MacDowell Colony, and more. At first, he wrote about his country of origin. The trouble started when he turned to the American stuff and hit the third-rail issues, his game. He was still fairly naive about the country. He thought that now since he was in America he could publicize the truth as he pleased. The contemporary American publishing world was just itching for it to be dropped on their desks, he imagined. Boy, he was in for a surprise. To get ready to flatten that check, and like many before him, he hit the roads West.

"Americaa" is the first in a series of ebooks on Europe, America, and Europeans worldwide. It is followed by "Seattle." 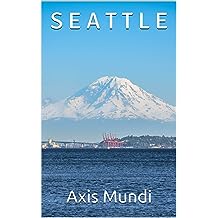 Seattle 18-Jul-2019
by Tadeusz Korzeniewski
£2.31
I drive into Seattle with 600 bucks. I know nobody here. I have to find a job fast and within a week I land one on the Microsoft campus in Redmond.

That's how Seattle starts, true story btw. What Seattle is about implicitly:

When the will of ethnic Euroamericans began naturally rising in the 2010s, it was capped by the so-called "Alt-Right," and consequently botched by the thick Wotanic (per Carl Jung take) element underlying it. There was no other coherent identitarian band around to do the job.

The "Alt-Right" movement came to the national attention in the 2016 presidential election, with "Hail Trump!," "lügenpresse," and similar dog-whistling during the inauguration festivities. Promptly recorded by the delighted PTB, the jolly references became paralyzers shot via the media guns into the common Euroamerican mind.

Meanwhile, the technically best among the Euroamerican intellectual class continue being too cowardly to sustain-enlighten the rising will of some hundred million Euroamericans. Evolutionary bottleneck seems to be turning its cold eye on you, egghead dudes, and I don't blame it. 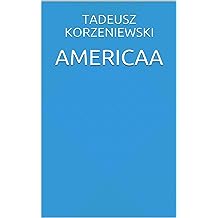 AMERICAA 15-Aug-2018
by Tadeusz Korzeniewski
£2.26
I like stupid jobs. I like simple jobs because they're mandalas in the basest sense, and as a writer they help me not to sell out. I have to hear yet of a writer that tried to make a living off writing and didn't lick ykw's balls. Here's 20 bucks if you show me one that writes for money and hasn't licked.
Read more