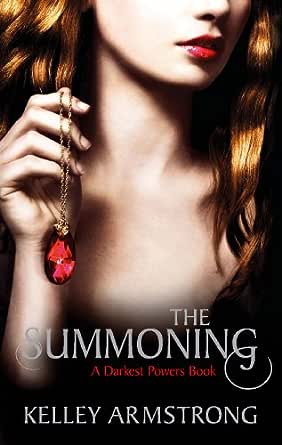 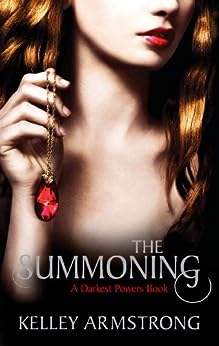 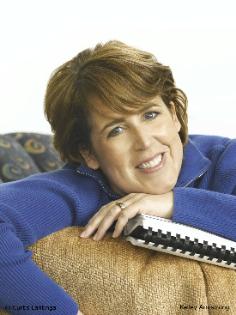 The Summoning: Book 1 of the Darkest Powers Series Kindle Edition

Gift a Kindle Book instantly
No Kindle? Read on any tablet or smartphone with the free Kindle app. Browse a selection of gifting ideas.
Books In This Series (3 Books)
Page 1 of 1Start OverPage 1 of 1
Previous page
Next page
Complete Series

"...splendidly haunting, with hair-raising suspense, disturbing effects, and a running undercurrent of unease."--Bulletin of the Center for Children's Books

'Action, danger, supernatural secrets, and a hint of romance--Armstrong's world is one in which trusting the wrong person can have dire consequences. You'll be desperate for a sequel.' Melissa Marr, author of WICKED LOVELY
See all Product description

Bex
TOP 1000 REVIEWER
3.0 out of 5 stars Kelley Armstrong fans may be disappointed..
13 February 2012
Format: PaperbackVerified Purchase
As a massive, and I mean really massive, fan of Kelley Armstrong already I couldn't wait to see what she'd deliver this time around and the story sounded promising: Chloe Saunders is a teenage girl who is capable of seeing ghosts and after a particularly disturbing event she is sent away to a Lyle House, a home for mentally troubled individuals. Essentially we're taken on a bit of a predictable and dull journey whilst Chloe tries to figure out if she's actually sick or really has an unusual ability.

I'm not interested in bad-mouthing Armstrong or her writing ability, she's utterly fantastic and usually delivers real gems but this time around I couldn't help but feel massively disappointed. The reason is simple, with every other book of hers I've been dragged into the story and loved the characters so much that they've felt like family. But I just couldn't connect with Chloe. I desperately tried, honestly, I really wanted to love this series and was well prepared to invest in the rest of it but it just didn't happen for me.

I think maybe what was missing was the edgy, more adult, style of writing. I fully appreciate this is a young adult novel (and usually enjoy this kind of style) but I missed Armstrong's usual style. I fully encourage anybody who has only read this from Armstrong or who is looking to buy one of her books for the first time to lean towards her adult series. It's much more entertaining and full of action, which unfortunately this wasn't. A real shame in my opinion, this had the potential to blow some of the other young adult novels out of the water. Hopefully the next one will be better!
Read more
One person found this helpful
Helpful
Comment Report abuse

Marie Malyon
4.0 out of 5 stars I have fallen in love with another Kelley Armstrong Series!
24 November 2011
Format: Kindle EditionVerified Purchase
I have been wanting to read the Darkest Powers trilogy for a while now, and after downloading the first chapter onto my Kindle and giving it a quick read, I made the investment to my sanity by downloading all three at once. I know how difficult it can be to wait for new books to be released in a series so I thought I would just bite the bullet and buy them all, and I am so glad I did!

With a much younger protagonist than the books of the Women of the Otherworld series, I had my reservations if I would enjoy it as much. But they were defiantly not founded. Armstrong has a talent for creating well rounded characters, and this was no exception. It encapsulates a confused teenage mind in such a well articulated way it was a pleasure to read.

At times I did find myself guessing what made each character unique within the book, and 99% of the time my guesses were correct. Without giving too much away, Armstrong is a fantasy writer and she doesn't fail to provide that familiar supernatural flair.

This book really does get better towards the middle, the first half can be a little tedious with Chloe, the protagonist, explaining her predicament and her surroundings. Yet as I always, after a few too many late nights thanks to not being able to prise my Kindle from my hands, the book came to a gob-smacking conclusion.

I want to be able to say I saw it coming, and it was predictable, but to be honest it was a really nice surprise ending.

J. Abraham
5.0 out of 5 stars How could anyone not like these!??
18 May 2010
Format: PaperbackVerified Purchase
The entire 3 Darkest Powers books are fabulous.

I am 28 and did not find anything too "young" about the plot, characters or writing style.

Suitable for any teenager (and adult) these books are cracking reads, real page turners and just so bloomin' enjoyable I can't rate them high enough!

I think those who wouldn't like these are those who want a much more heavy going and complicated read - these aren't (I did them in a night each) but, having not read a Kelley Armstrong in a while, I was (once again) deeply impressed by her writing style, creativity and ability to get me to fully commit to the book and the characters.

gina
5.0 out of 5 stars Great
14 July 2018
Format: Kindle EditionVerified Purchase
Love this book, have read all the otherworld series and then moved on to this series, aimed at a slightly younger audience but is a really good read, supernatural, mystery and a bit of romance
Read more
Helpful
Comment Report abuse

nds
3.0 out of 5 stars Good escape read
15 February 2011
Format: PaperbackVerified Purchase
Good read. About a girl put in a psychiatric hospital and diagnosed with schizophrenia because she can see ghosts and raise the dead..only to later discover that everyone else in the hospital has secret gifts too. So the story revolves around why they are there and trying to find out what has happened to other 'supernaturals'. Its quite a nice escape read. There are 3 books and this is the first one. So looking forward to reading the others. Its a teen book and similar themes to twilight or fallen series, but very different package. Good read. Recommend it if you like this kind of thing.
Read more
Helpful
Comment Report abuse

S Noble
4.0 out of 5 stars The Summoning
3 March 2009
Format: PaperbackVerified Purchase
Chloe Saunders is 15, starts seeing dead people, she gets carted off to a group home for teenages with mental illness, or is it? There are too many conincidences, the other kids have some strange unexplained powers and it seems they know more about their situation than Chloe.

I love this author, this is a great addition to her works as it introduces her supernatural beings to the younger reader. I would be happy to offer this up as a suitable read for 12+ however that said I am technically an adult and it was a fab read. I will be recommending this to some of the year 9 students at school.
Read more
One person found this helpful
Helpful
Comment Report abuse

normngrey
5.0 out of 5 stars A good start to the Darkest Powers trilogy
14 August 2008
Format: PaperbackVerified Purchase
This new book by Kelley Armstrong is much more enjoyable to read than any of her other books. Her change in style was noticeable in Personal Demon, her latest in the Women of the otherworld series.

I won't go into the plot much here since it will spoil your fun and also because some of it has been mentioned already by other reviewers. I was pulled into the story very quickly and toward the end I was almost ripping the pages out to find out what was happening next. The ending was a very good twist catching me flat-footed.

Go to Amazon.com to see all 400 reviews 4.4 out of 5 stars
click to open popover
Unlimited One-Day Delivery and more
Prime members enjoy fast & free shipping, unlimited streaming of movies and TV shows with Prime Video and many more exclusive benefits.
> Get Started