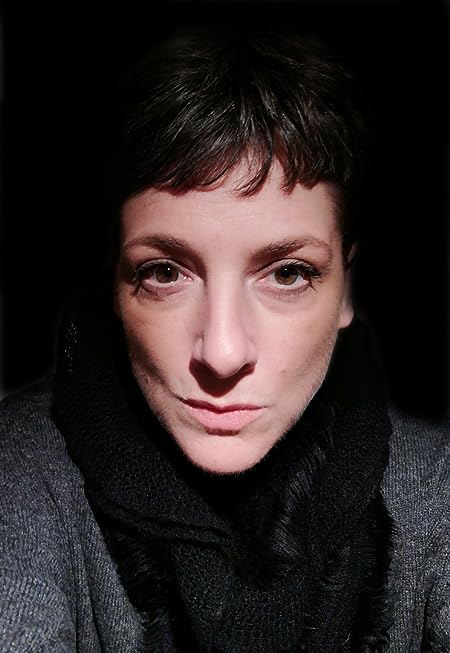 Born in London, Summer Strevens now lives and writes in Oxfordshire. Capitalising on a lifelong passion for historical research, as well as penning feature articles of regional historical interest for newspapers, magazines and online publications, Summer’s published books include Haunted Yorkshire Dales, York Murder & Crime, The Birth of Chocolate City: Life in Georgian York, The A-Z of Curiosities of the Yorkshire Dales, Fashionably Fatal, Before They Were Fiction, The Yorkshire Witch: The Life and Trial of Mary Bateman and Burned at the Stake: The Life & Death of Mary Channing.

‘For the sake of decency, gentlemen, don’t hang me high.’ This was the last request of modest murderess Mary Blandy, who was hanged for the poisoning of her father in 1752. Concerned that the young men amongst the crowd who had thronged to see her execution might look up her skirts as she was ‘turned off’ by the hangman, this last nod to propriety might appear farcical in one who was about to meet her maker. Yet this was just another aspect of a case which attracted so much public attention in its day that some determined spectators even went to the lengths of climbing through the courtroom windows to get a glimpse of Mary while on trial. Indeed her case remained newsworthy for the best part of 1752, for months garnering endless scrutiny and mixed reaction in the popular press.

Opinions are certainly still divided on the matter of Mary’s ‘intention’ in the poisoning of her father, and the extent to which her coercive lover, Captain William Cranstoun, was responsible for this murder by proxy. Yet Mary Blandy’s trial was also notable in that it was the first time that detailed medical evidence had been presented in a court of law on a charge of murder by poisoning, and the first time that any court had accepted toxicological evidence in an arsenic poisoning case. The forensic legacy of the acceptance of Dr Anthony Addington’s application of chemistry to a criminal investigation another compelling aspect of The First Forensic Hanging. 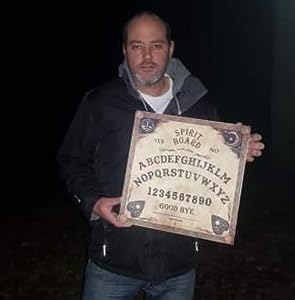 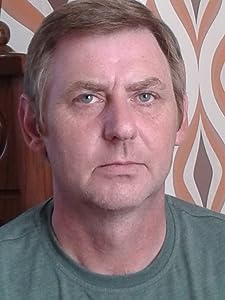 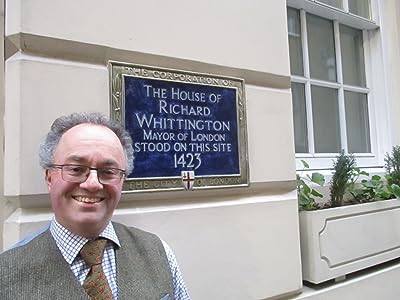 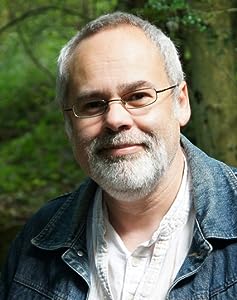 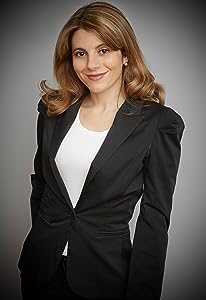 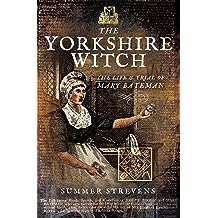 The Yorkshire Witch: The Life & Trial of Mary Bateman 31-Jan-2017
by Summer Strevens
( 20 )
£2.99 £12.99
“A fascinating tale of witchcraft and skulduggery in darkest Yorkshire in the early 19th century. . . . An extraordinary story, brilliantly told.” —Books Monthly

On the morning of March 20, 1809, the woman who had earned herself the title of “The Yorkshire Witch” was hanged at York’s New Drop gallows before an estimated crowd of twenty thousand people—many of them victims of her hoaxes and extortion.

A consummate con artist, Mary Bateman was adept at identifying the psychological weaknesses of the desperate and poor who populated the growing industrial metropolis of Leeds. Exploiting their fears and terror of witchcraft, Mary was well placed to rob them of their worldly goods, yet she did much more than cause misery and penury. Though tried and convicted of only one murder, the contemporary belief that she was a serial killer is doubtlessly accurate.

A meticulously researched retelling of Mary Bateman’s life and death, and the macabre legacy of her mortal remains, The Yorkshire Witch is also a “wealth of social history . . . about the lives of servants; housing conditions . . . the rise in religious fervour . . . the prevalence of superstitious beliefs . . . accounts of early toxicology; how crimes were prosecuted; the treatment of female convicts; and public executions” (Crime Review).
Read more
Other Formats: Paperback 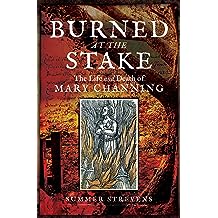 Burned at the Stake: The Life and Death of Mary Channing 18-Oct-2017
by Summer Strevens
( 2 )
£3.99 £12.99
A true story of crime and punishment in eighteenth-century England, and the first trial in recorded history to employ forensic evidence.

In 1706, nineteen-year-old Mary Channing was convicted of poisoning her husband and became the last woman to be burned at the stake in Dorset. Despite the likely culpability of her lover, and her impressive attempts to defend herself, the jury took only half an hour to find her guilty, having accepted the groundbreaking toxicological evidence by prosecutors. When the day finally arrived, Mary’s execution was made into something of a county fair, with ten thousand spectators gathering to see the young mother consigned to the flames upon the floor of Dorchester’s ancient Roman amphitheater, Maumbury Rings.

More than three hundred years after her barbaric demise, Mary’s fate still holds a macabre fascination, as it did then for author Thomas Hardy, for whom it became an obsession. Hardy recorded the details of Mary’s execution in his notebooks, expressed doubt of her guilt, and used her as the inspiration for his poem, “The Mock Wife”. Yet while Mary Channing has been granted a kind of grim celebrity, as well as an established place in the annals of female murderers, a measure of compelling sympathy for her case is another lasting aspect of her legacy is this “dramatic and fascinating” chronicle of a woman accused (Ripperologist Magazine).
Read more
Other Formats: Paperback 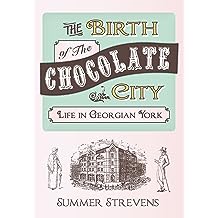 The Birth of the Chocolate City: Life in Georgian York 08-Sep-2014
by Summer Strevens
( 5 )
£7.80 £14.99
One of the great names in chocolate history, Rowntree's, evolved from the humble retail beginnings of Mary Tuke, eighteenth-century mother of York's chocolate industry. This book explores how she was formative in shaping modern York as a city of confectionery manufacture, a city with a broader history in this industry than any other city in the UK. York emerged as the epicentre of an empire of competing chocolate kings. Strevens also insightfully reveals the impact that the development of York's confectionery production had on the lives of the rich, the poor and 'the middling sort', exploring growing social trends in the social capital of the North, such as chocolate and coffee houses, and the evolution of York as a destination for the 'polite and elegant'. This is an accessible and at times wry exploration of eighteenth-century York, vividly bringing to life the sumptuous splendours and profound murkiness of the city at the time of its commercial emergence as the 'Chocolate City'. Each chapter develops the detailed picture of what it must have been like to live in this city at the inception of York s most scrumptious of trades.
Read more
Other Formats: Paperback 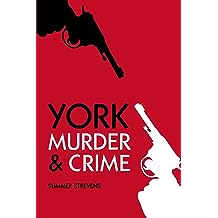 York Murder & Crime 01-Jul-2013
by Summer Strevens
( 2 )
£6.99 £9.99
Discover the shadier side of York’s history with this remarkable collection of true-life crimes from across the city.
Featuring all factions of the criminal underworld, this macabre selection of tales includes murders, poisonings, poaching, theft and highway robbery and also details the gruesome punishments that awaiting the perpetrators of such crimes.
Drawing on a wide variety of historical sources and containing many cases which have never before been published, York Murders will fascinate everyone interested in true crime and the history of the city.
Read more
Other Formats: Paperback 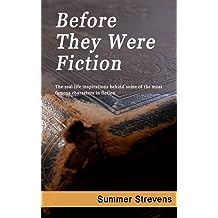 Before They Were Fiction: The real life inspirations behind some of the most famous characters in fiction. 15-Dec-2014
by Summer Strevens
( 1 )
£2.28
Have you ever wondered, who were the real life inspirations behind some of literature’s famous fictional characters? In Before They Were Fiction Summer Strevens shines an erudite light on to the people and personalities who have inspired some of literature’s best known and enduring fictional creations.

From the refugee Belgian police officer who inspired crime novelist Agatha Christie’s eccentric and amusingly pompous detective Hercule Poirot, to Alice Perrers, the grasping mistress of King Edward III as the basis for Chaucer’s The Wife of Bath, both historical and contemporary character inspirations, the works they appear in and the authors who dreamt them up are accessibly detailed in a diverse and fascinating collection of real life literary inspirations, arranged in chapters pertaining to seven of the great literary fiction genres.

Thoroughly researched, surprising and sometimes shocking, the real people who served as inspiration for Conan Doyle’s Sherlock Holmes, Jane Austen’s Mr Darcy, Mary Shelley’s Frankenstein, Ian Fleming's James Bond and Lewis Carroll’s Alice in Wonderland, and many, many others are included in accounts that are bound to fascinate and intrigue anyone with an interest in the minds and motivations of some of literary fiction’s greatest authors.
Read more 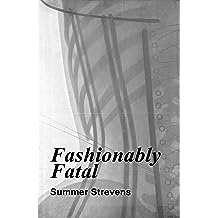 Fashionably Fatal 24-Sep-2014
by Summer Strevens
( 6 )
£2.30
"Fashionably Fatal" is an insightfully revealing, and at times wry examination of some of the extreme and often injurious lengths that people have gone to in the pursuit of what was, and is, regarded as ‘fashionable’.

Developing a detailed picture of the often absurd fashions which have trended throughout history, shaping our desire, and often our bodies, into conformity with contemporary tastes, each chapter focuses on a different facet of what has proved to be catastrophically chic. From those corsetted to conform with the aesthetic ideal of the hourglass figure, only to have their internal organs rearranged, or worse speared through the heart by a snapped stay, to the fatal fashion phenomenon of "Crinoline Conflagrations" that killed in the region of 3,000 women in England alone in the decade succeeding the the late 1850's; if it was fashionable and proved fatal, you’ll find it amongst these pages.

Meticulously researched, surprising and sometimes shocking, Strevens also looks at the historical background to each fatal fashion, as well as unravelling the influential and determining factors that human evolution has brought to bear on the vanities (and insanities) driving the at times narcissistic excesses that were, though sometimes unknowingly, consequently detrimental to the wearer’s well-being.

An accessible, informative and often droll look at some of the extraordinary manipulations and abuses to which the human body has been subjected, and all in the name of fashion, this book is bound to appeal to anyone interested in the history of costume and well as those with a fascination for human folly alike.
Read more