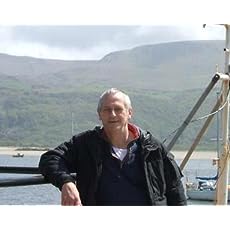 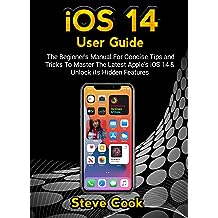 This Beginner’s-Friendly User Manual Will Show you everything you should know about iOS 14 and the step-by-step procedures that will guide you on using the Apple's Latest features on your iPhone even if you haven’t used any Apple device before.

Apple has taken mobile technology to a completely different level. And In this century, when we are in the technology era, you should do everything to get yourself updated and not lag.

With the new update to iOS 14, you can now arrange and organize all the apps on your iPhone into widgets; you can now get on-screen controls that would make better utilize your apps, you now have the option of searching for emojis from the Emoji Keyboard, you can also filter search results of your library in the music app. You invariably have countless and unrestricted features at your disposal with the iOS 14.

To enjoy all the numerous features of iOS 14, all you need to do is to read this book that will show you everything you need in a step by step procedure and guide you through the process of acquainting yourself with this update that is now in use all over the world.

iOS 14 is user-friendly and more stable than previous versions of the iOS, and this is the more reason you need to install it on your iPhone as soon as possible. With this guide, you will be able to grasp all the features available on iOS and translate these features to benefits on your iPhone.

Suppose you have any of the iPhone 6s and higher. In that case, I say congratulations to you as these are the iPhone model that is compatible with iOS 14 and the next thing to do is to download and install it to start enjoying its numerous benefits on your iPhone.

This guide is not for only those that have an iPhone or have the opportunity to use the new iOS 14. If you are not using a device that is compatible with iOS 14 yet, you can still get the manual as it will open your eyes to the numerous features you can enjoy with the latest update to the Apple iOS.

Below are some of the benefits that come with this manual:


You should get this manual for your loved ones to help them find a solution to all their iOS 14 problems.

So, what are you still waiting for?

Scroll up now; you will see the button "Buy now with 1-Click" click on it and start enjoying the new features of iOS 14 the whole world is wishing to get. You will be glad you did! 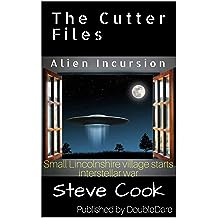 "Another act of literary terrorism from the Bin Ladin of Science Fiction" The NSA Cultural Review.
"A bit rude in places and not at all rude in others." Rude Health Magazine

"Steve Cook will be first in line when the culling starts." Gill Bates' Genocide Weekly 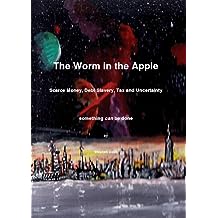 The Worm in the Apple: Scarce Money, Debt Slavery,Tax and Uncertainty 16-Jan-2014
by Steve Cook
£0.99
Why doesn’t the economy run right?
A simple explanation of the cause of tax, debt, poverty and money scarcity.
And how it can be put right
It isn’t rocket science but it is very interesting once you side-step the smoke screen of complexity and get at the simple truths hidden behind it.
Read more 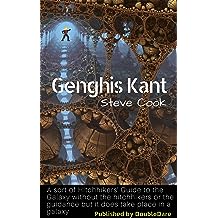 Genghis Kant 16-Jan-2014
by Steve Cook
( 1 )
£3.64 £9.33
Genghis Kant is a science fiction spoof. Judging by reader comments, it will appeal to you if you like Hitchhikers Guide to the Galaxy, Red Dwarf or Terry Pratchett. Here are some comments received from people who have bought this book:

“I'm only a third of the way into this book [Genghis Kant] and it is hilarious - everyone should buy it - it is easily as funny as Hitch-hiker's Guide to the Galaxy, Spinal Tap and Terry Pratchett . . .”

“I was just sitting in my kitchen reading Genghis Kant when I laughed so hard I blew toast and jam all over my freshly washed clothing drying on the clothes horse. Thanks for that . . . deeply brilliant writer. Deeply impressed.”

" If you like Monty Python, if you like a very good story and if you like great imagination, you will love this book. Check it out . . . ."

The story features the world's worst rock singer - Genghis Kant -and his band, the aweful "Calligula's Pants" and their long-suffering manager, the wrestling promoter Joe Dyer. Generally regards on Earth as utterly terrible, the band and Genghisd in particular are approached by aliens to perform at a major arts festival on their home world where unbeknownst to them Genghis is regarded as a rock god and has zillions of fans.The band are paid a large sum of money and are whisked off to the alien world to meet their destiny. All this seems to good to be true and indeed so out turns out to be because the aliens are, when all said and done, incredibly alien - as indeed one would have to be to appreciate Genghis' brand of musical terrorism.

If you have as much fun reading it as the author had writing it for you, you'll be all right. 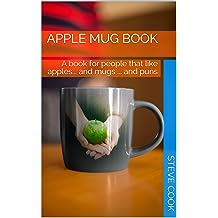 Apple Mug Book: A book for people that like apples... and mugs ... and puns 21-May-2020
by Steve Cook
£8.21 £16.43
There are things in this world where you simple are not aware that you need them until you see them. This book is one of the best examples for this.
The mug is easily the most popular beverage container, used by billions every day. But although the mug is our good friend and one of the first items we use every day, too little time is spent to select the mug that is just right for us.
This book tries to help on the quest to select exactly the right mug for friends of the malus domestica and it's fruit the apple.

This book contains:
- An introduction about the mug: Where does it come from, where will it go and why is it so important?
- Illustrations of 12 beautiful apple mugs show apples in different colors, styles and sizes
- Explanations about the illustrations
Read more
Other Formats: Paperback 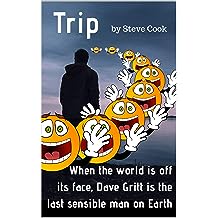 Trip: When the world is off its face Dave Gritt is the last sensible man on Earth 11-Jan-2019
by Steve Cook
( 1 )
£2.35 £3.99
A tale of the psychedelic apocalypse and one man who thinks he's immune. Another entertaining tongue-in-cheek adventure from Steve Cook, who gives Terry Pratchett and Douglas Adams a run for their money. Full of Steve Cook's signature brand of dry wit and laugh-out-loud moments. The end of the world has never been more hilarious.
Read more
Other Formats: Paperback 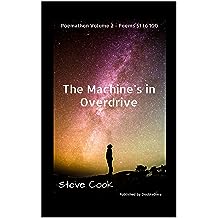 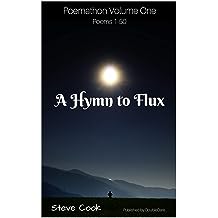 A Hymn to Flux: Poemathon Volume One, Poems 1-50 18-Nov-2018
by Steve Cook
( 1 )
£0.99 £3.79
In April 2018 I undertook a Poemathon called "Poetry for Peace": I had to write a brand new poem every day for an entire year, 356 poems in all. I was taken aback by how well received my poetic efforts were and I am immensely grateful to the many people who supported and encouraged me. The fantastic response and feedback prompted me to put the series into book form. This volume contains the first 50 poems in that series. The style of the poetry is varied, from rhyming verse, to free-form poems, to "Shakespearean" sonnets, from the spiritual to the humorous, to protest against war and the tomfoolery of governments and other criminal organisations.
Read more
Other Formats: Paperback 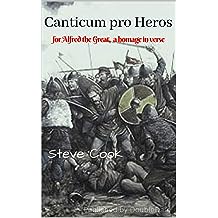 Canticum pro Heros: Song for a Hero 14-Nov-2018
by Steve Cook
£1.16 £3.85
A Poem written in tribute to Alfred the Great ,King of the West Saxons
Read more
Other Formats: Paperback 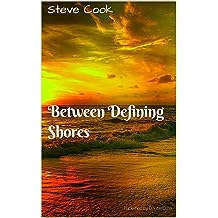 Between Defining Shores 16-Jan-2014
by Steve Cook
£1.45 £4.24
A book of verse from the master of English poetry
Read more
Other Formats: Paperback 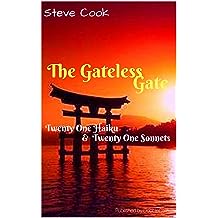 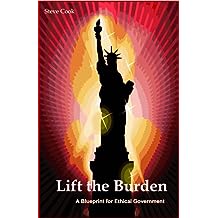