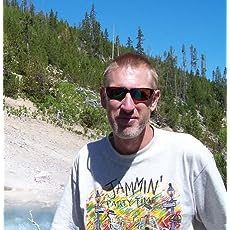 Follow to get new release updates and improved recommendations
Dr Stephen Mark Richards has variously been called academic, adventurer, scientist and author. He was born in Middlesbrough, UK in 1961 and holds degrees in Psychology (first class), Informatics and Human-Machine Interaction. He is also a qualified teacher and Chartered Psychologist.

Scientist and Academic
Dr Richards was a pioneer of electronic book research and was developing multimedia electronic books as early as the late 1980's. By 1991, he had created the first of his electronic books (a book for early learners) which was piloted in schools 16 years before the Kindle was launched in 2007. In the scientific papers written by Dr Richards (some collaborative) he identified key design principles as early as 1991 [1]. Dr Richards completed his Doctorate in 1994, titled 'End-user Interfaces for Electronic Books'. Some of his contributions to the scientific literature include: [1] Page structures for electronic books, [2] Human-computer interface design for electronic books, [3] The use of metaphors in iconic interface design, and [4] Knowledge sharing through electronic course delivery. He has presented this research throughout Britain, Europe and the USA. Dr Richards also worked in his capacity as a psychologist in research into HIV/AIDS and co-authored a scientific paper in [5] AIDS Patient Care.

Adventurer and Author
Whilst still a teenager Stephen travelled independently throughout Europe and from his early 20's he broadened his travels to include Africa, Asia and America. In search of adventure, Stephen has undertaken long distance international voyages by motorboats, sailing boats, bicycles, motorcycles and motorhomes. Throughout, he has specialised in seeking out adventures that are accessible to a wide range of people and always tries to include experiences that do not require exceptional physical prowess, stamina or bravery. His books are inspirational, bringing adventure to a wide audience, encouraging some to undertake adventures while allowing others to experience them from the comfort of their own homes.
Read more 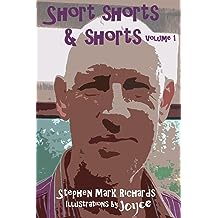 Short Shorts and Shorts: Volume 1 25-Oct-2017
by Stephen Mark Richards
( 2 )
£1.99
A mix of funny, tragic, gritty and thought provoking short stories for when you have a couple of minutes to spare. Beautifully illustrated by Joyce. Some stories in this book are suitable for young children but you should be aware that some stories contain violent scenes and some limited use of swear words. Here are the opening lines of the first two stories.
REFLECTIONS: ‘All the young people, children and teenagers, all that is except for me, loved that time of year, the third week in September, when Joe Sowerby’s Circus came to town.’
TRENDY: ‘When Shirley Stokes, an attractive young mother, moved into number 4 with her new baby everyone was overjoyed. Everyone that is, except Kay Powell.’
Note: All illustrations in the print edition are presented in black and white.
Read more
Other Formats: Paperback
includes VAT* 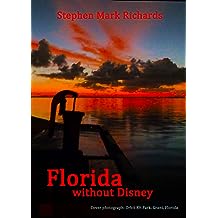 Florida without Disney 24-Oct-2017
by Stephen Mark Richards
£1.99
Florida without Disney shows how you can take your own personal visit to Florida, or anywhere else for that matter, and use it to link yourself to an entire universe of knowledge, understanding and adventure. People of all ages, children and adults alike, are stimulated by: facts stranger than fiction; surprising revelations; true life adventures; close encounters in the wild; and cultures in all their incredible variety. Florida without Disney brings all these elements together in a book encompassing time from prehistory to the present along with locations from around the world and beyond. It provides a template for injecting greater fascination, interest and curiosity into your own journeys through life.
Read more
Other Formats: Paperback
includes VAT* 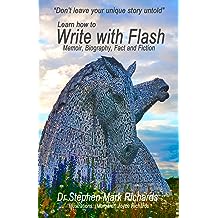 Write with Flash: Memoir, Biography, Fact and Fiction 31-Oct-2015
by Stephen Mark Richards , Joyce Richards
£2.19
Write with Flash provides the tools for aspiring writers to plan, write, analyse and revise their work. Flash is a writing form that can help writers transform their ideas into completed works and Write with Flash aims to show how that can be achieved. Many people have written books but their number pales into insignificance when compared to the number of people who would like to write a book but never do. This does not mean that those unwritten books would have been without merit. On the contrary, what it really means is that millions of fascinating stories go to the grave with their would-be creators. The sad fact is, the unique qualities that each of those potential creators would have brought to those untold stories were never shared. Without doubt, there are more unnoticed people with the potential to shine than are ever discovered. Only by sharing your light can anyone see how uniquely your light shines.
Read more
Other Formats: Paperback
includes VAT* 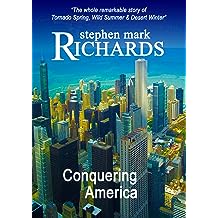 Conquering America 02-Jan-2013
by Stephen Mark Richards
( 2 )
£3.59
This book was prompted by the successful completion of an epic journey around America and the publication of three books: Tornado Spring; Wild Summer and Desert Winter which document the author’s adventures. Conquering America brings together these three books to present, for the first time, the entire adventure in a single volume.
In the original books, Tornado Spring was written day-by-day, sometimes using the present tense to highlight the emotional ride experienced on such an adventure, whilst Wild Summer and Desert Winter were written retrospectively, providing a fascinating contrast of styles.
Inspiration was found in both urban and natural settings, through encounters with people, animals and environments. This created interactions that were at times exciting and interesting, and at others sad, joyous or downright terrifying. Throughout, the author relates events to the political world and his intimate past. He provides fascinating insights from the view of a stranger who discovers an America which is often at odds with its image. His open-minded approach sheds light on a culture and a country of which every American should feel proud.
Visit AmpUrLife.com for more information
Read more
Other Formats: Paperback
includes VAT* 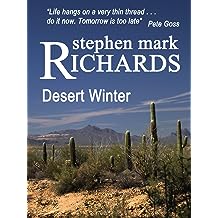 Desert Winter (Free Spirit Adventures) 21-Jun-2012
by Stephen Mark Richards
( 2 )
£2.03
Experience the smiles, laughter, excitement, sadness and fear in this keenly observed true story of exploration and adventure. Richards puts himself at the centre of events and then interprets them based upon his interesting and varied life history. The honesty of his personal accounts provides powerful insights into culture, people and relationships whilst his ability to describe places, events, emotions and memories seamlessly transports the reader between the past and present on amazing journeys with breathtaking pace.
Desert Winter takes us on an adventure of a life-time, from the Pacific to the Atlantic, traversing the southern United States. The journey leads us through mountains, giant redwood forests, and deserts to large cities, natural wonders, national treasures and even alien encounters. It carries us to the edge of the precipice, within swiping distance of bears claws and striking range of a rattlesnakes fangs. Wandering streets from urban wonders to urban dereliction we gain insights into American culture from the perspective of an outsider. Vicariously revel in the adventure or grasp the encouragement to travel - the choice yours.
By the author of 'Tornado Spring' and 'Wild Summer'
Read more
Other Formats: Paperback
includes VAT* 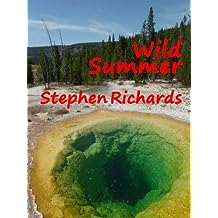 Wild Summer (illustrated) 10-Mar-2012
by Stephen Mark Richards
( 1 )
£1.99
‘Wild Summer’ is the second travel-adventure book by Stephen Richards where he uses his own brand of nostalgia, humour and keen observation.

Overview: This book tells the true story of an adventure road-trip around the USA in one year. On this journey, the second of three adventures, a UK couple travel from Chicago to San Francisco, exploring the Yellowstone super-volcano and encountering bears, elk, moose and whales along the way. They travelled west through the Rocky Mountains to the Pacific Ocean up through Canada's Cascade Mountains and then south, through the giant coastal redwood forests, to San Francisco. ‘Wild Summer’ tells of the trials and tribulations of the voyage.

‘Tornado Spring’ is the true story of the first adventure travelling up the eastern side of the USA during the worst tornado outbreak in US records.

‘Desert Winter’ (due for release in summer 2012) describes the journey across the southern states where they cross three deserts, Death Valley and have close encounters with wildlife including a bear and a rattlesnake. They find out what it feels like to experience urban boondock camping in New Orleans.

Reader’s Comments: Readers are really enjoying ‘Wild Summer’. JCO said there were “great descriptions of the landscapes and the mood all along” while adding that “the action is clear and exciting and the passion shines through”. MJR said that she found herself “laughing and crying at the same time” and the “character shone out”. MAW said she “loved every page”.
Read more
Other Formats: Paperback
includes VAT* 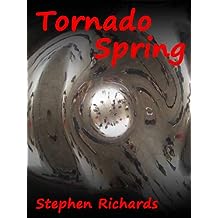 Tornado Spring (illustrated) (Free Spirit Adventures - RV) 24-Jan-2012
by Stephen Mark Richards
( 6 )
£1.99
‘Tornado Spring’ is the first of a series of travel-adventure books, Richards describes his adventures and experiences with an intelligent blend of nostalgia, humour and keen observation.

The average number of tornados in the USA for the month of April is normally around 135 but in April 2011 there were over 600. It was the worst month for tornados on record in the United States. On April 27th there were over 190 tornados recorded, the most ever in a single day. The tornado outbreak of April 2011 killed over 350 people, 65 in Tuscaloosa, Alabama on April 27th alone. This was the deadliest tornado outbreak in over 85 years. It was at the beginning of April 2011 that we embarked on our journey with the aim of driving a motorhome around the USA. We planned to complete the tour in three stages the first of which would take us from Florida in the south up the eastern side of America to the Canadian border. We were not to know that we would be travelling the full height of the United States during the worst tornado outbreak in history. This is the true story of that journey.

“A nice blend of short biographical stories combined with a real-life adventure” (CB), “Found it to be an enjoyable and pleasant read” (KEW), “Nice reflections on the writers past” and “I particularly enjoyed the ending. It made me think”. It was “very enjoyable, I read it in one day” (WW).
Read more
Other Formats: Paperback
includes VAT*