Song of the Damned: A musically-inspired mystery and over 8 million other books are available for Amazon Kindle . Learn more
Share <Embed>
Have one to sell?
Sell on Amazon 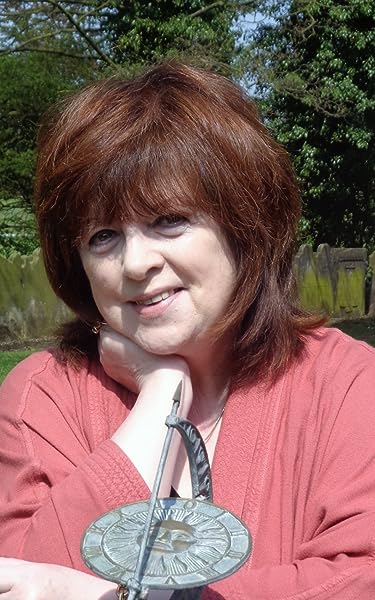 Start reading Song of the Damned on your Kindle in under a minute.

"The mix of music and history provides a refreshing backdrop to Fox's amateur sleuthing. This series started strong and keeps getting stronger"--Booklist

Sarah Rayne is the author of many novels of psychological and supernatural suspense, including the Michael Flint and Nell West series. She lives in Staffordshire.

5.0 out of 5 stars
5 out of 5
11 customer ratings
How does Amazon calculate star ratings?
Amazon calculates a product’s star ratings based on a machine learned model instead of a raw data average. The model takes into account factors including the age of a rating, whether the ratings are from verified purchasers, and factors that establish reviewer trustworthiness.
Top Reviews

A reader from the UK
5.0 out of 5 stars Song of the Damned - a chilling chant
Reviewed in the United Kingdom on 17 September 2018
Verified Purchase
Macabre music, medieval menace, a missing schoolgirl, vanishing nuns. And murder. This is the third book in Sarah Rayne’s Phineas Fox series and – though it’s a difficult call – I think it’s the best yet.

The action begins in the present day and close to home: a girls’ school in an English market town. Formerly a convent, Cresacre Abbey School is celebrating its bicentenary and staff invite Phineas to help solve an historical mystery. What fate befell a small group of nuns who disappeared without trace more than two hundred years ago?

What follows is a rich multi-layered story with vividly-described characters and buildings whose very names ooze sinister atmospheres. The perfectly-paced narrative switches seamlessly between heart-stopping scenes set during the French revolution and blood-curdling sequences played out in the cellar of the forbidding Infanger Cottage. Along the way, we learn about the ritual of Lemurrer, meet the wonderfully flamboyant Cesare Chimaera and speculate about the existence of the enigmatic Ginevra.

As in her previous books, Ms Rayne’s precise use of words paints vivid pictures that often arouse strong emotions. Even a seemingly innocuous sentence can be imbued with a sense of threat. For instance, this appears on page four: It was as if a breath of cold air had gusted softly into the warm book-lined study. (Cue goose bumps.)

There are comedic touches, too. The developing relationship between Phin and Arabella is a particular delight; their light exchanges provide flashes of humour as tension inexorably mounts to a dark and terrifying climax.

The Song of the Damned strikes a chilling chord.

helen carolan
5.0 out of 5 stars Another fine read.
Reviewed in the United Kingdom on 30 September 2018
Verified Purchase
I really enjoy Ms Rayne's books and this the third outing in the series is no exception. As always a great blend of mystery,ghosts and a wonderful Gothic atmosphere lend this book a truly great feel. The author has found that music especially lost classical music lends itself well to the story giving it an eerie atmosphere. Here a boarding school is putting on a show and one of it,s patrons is interested in staging her late father's opera. But the music contained in it is old and has a dreadful past. A truly fab read.
Read more
One person found this helpful
Helpful
Comment Report abuse

P. Reeves
5.0 out of 5 stars Brilliant as always
Reviewed in the United Kingdom on 15 August 2018
Verified Purchase
I love Sarah Rayne's books - she can't write them fast enough for me. This one has the usual mix - spookiness, modern mysteries, all interwoven with past mysteries. The medieval and eighteenth century parts are so well written I was almost sorry to return to the present part of the book. Sarah is so clever at hinting at ghostly goings on, yet they are always based on rational explanations. Give her - and it - a try.
Read more
One person found this helpful
Helpful
Comment Report abuse

Elizabeth Sirett
5.0 out of 5 stars A sinister spine-chilling tale.
Reviewed in the United Kingdom on 14 August 2018
This is the third book in the series featuring Phineas Fox, a professional music researcher.

Phinn is surprised and pleased to receive a letter from Harriet Madely, the headmistress of Cresacre Abbey School making flattering reference to Phinn’s work and recent book, and who hopes he might be able to help her with a rather delicate and unusual matter in relation to their bicentenary celebration’s. However, mention of the irrepressible Arabella Tallis reminds him that she had off-handily mentioned a couple of events she would like him to accompany her to that called for black tie and dinner jacket, and all became clear. Mention of a fee rather clinched the matter as Phinn’s quarterly service charge was due.

The request is of course not that straight forward. Historically a member of the Tulliver family is entitled to a seat on the school board. The current Tulliver is Olivia who sees it as her life’s work to get an opera written by her uncle Gustav included in the bicentenary programme. None of the other members agree, but Olivia is implying that if her request is not granted the funds for the Tulliver Scholarship may be reduced. All Phinn has to do is assess the opera, and as Phinn’s is highly regarded in his field, convince Olivia that it’s not a good idea. Well as Phinn discovers it has already been turned down by everyone of note – so simple. Then we meet Olivia who is definitely on the odd side and who still lives at Infanger Cottage, inherited from her uncle, a strange and eerie place only accessible along a narrow footpath that is both dark and gloomy and to which sunlight never reaches – so maybe not so simple!

Phinn is immediately fascinated by the school’s former incarnation and the odd legends relating to a group of nuns who disappeared over night more than 200 years ago. What happened to them has never been discovered and many myths have grown up as to their fate. On a visit to the old church Phinn sees a carving that disturbs him greatly as it depicts a macabre ritual.

The modern narration is interspersed with diary extracts from the 1790’s by a first-person unnamed narrator. And so, as Phinn delves into the history so slowly the plight of the missing nuns is revealed. But there are more sinister secrets closer to home to be discovered. And who was Ginevra, a shadowy figure about whom legend abounds?

Dark and atmospheric in this intriguing story there is mystery upon mystery. Although a sinister spine-chilling tale of medieval rituals, there are some wonderful light-hearted touches, and some marvellously well-developed characters. I loved it. And it is of course highly recommended.
------
Reviewer: Lizzie Sirett
Read more
2 people found this helpful
Helpful
Comment Report abuse
See all reviews from the United Kingdom

Gabrielle S. Brodie
5.0 out of 5 stars It’s a book!
Reviewed in the United States on 19 September 2019
Verified Purchase
For reading ; duh!!!!
Read more
Helpful
Sending feedback...
Thank you for your feedback.
Sorry, we failed to record your vote. Please try again
Report abuse