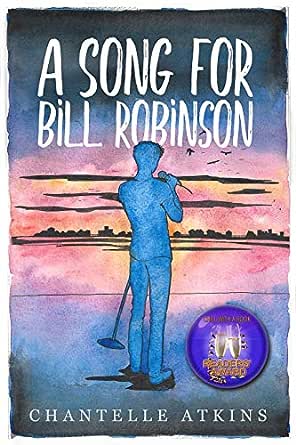 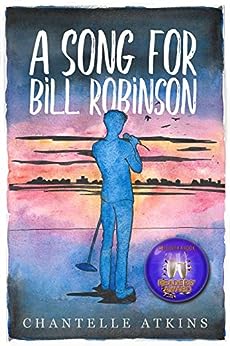 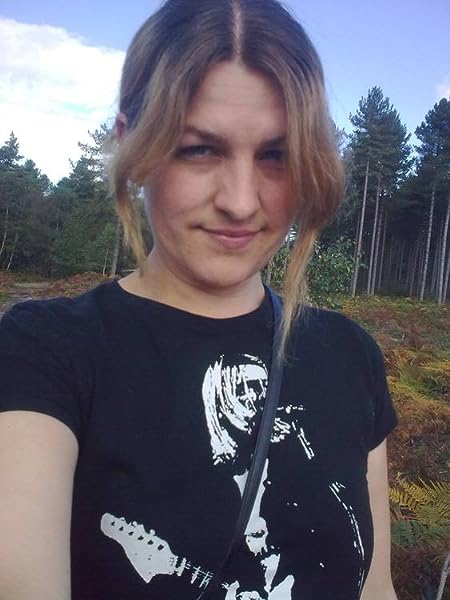 A Song For Bill Robinson: Book One in the Holds End Series Kindle Edition

4.7 out of 5 stars
4.7 out of 5
9 customer ratings
How does Amazon calculate star ratings?
Amazon calculates a product’s star ratings based on a machine learned model instead of a raw data average. The model takes into account factors including the age of a rating, whether the ratings are from verified purchasers, and factors that establish reviewer trustworthiness.

Willicky
5.0 out of 5 stars Another collection of memorable characterd
Reviewed in the United Kingdom on 13 December 2019
Verified Purchase
One of this author's previous books, The Boy With The Thorn in His Side, is one of my favourite reads...so this had a lot to live up to!
Good news...it does!!
It's a different story in terms of feel - this one starts with character development until it seriously kicks off but, when it does, wow!! A combination of violence, dealing with the feelings and emotions of youth, characters discovering themselves, and lots of insightful views from the author make this a must read book.

Pauline
5.0 out of 5 stars An Award Winning Read
Reviewed in the United Kingdom on 16 February 2020
Verified Purchase
A Song For Bill Robinson has received a Chill with a Book Readers' Award.
Read more

The Bub
5.0 out of 5 stars A must read!
Reviewed in the United Kingdom on 5 February 2020
This thrilling novel begins with teenager Bill Robinson in hospital after a life threatening beating leaving him unconscious. Is his arch rival Charlie McDonnell to blame and what is the connection to the murder of a young boy on the same estate?

Bill Robinson is a moody, danger-seeking youth never far from trouble but with a talent for singing. He comes from a troubled family, his mother having left to sing on cruise ships and his father a heavy drinker. The lives of his siblings and friends centre around the community centre which is threatened with closure. Can it be saved with all the trouble and the conflicts going on?

The novel deals with universal themes of death, revenge, loyalty, danger and love.

Bill’s recklessness and single mindedness lead him into further into danger and conflict, where thrill seeking and and alcohol addiction threaten to destroy his talent for singing and the help of his friends. Will he self-destruct or can he be saved from the local thug Charlie McDonnell and more importantly from himself? Can his friends shed light on who killed Lewis Matthews?

Atkins’ novels are always engrossing with a cast of vibrant characters and her attention to detail and powers of observation are striking - you are right there in the situation with each character and inside their heads, feeling their every fear, agony, dilemma or joy; understanding their motivations and shifting loyalties. We have all felt like Summer when she reflects : ‘life was full of glorious moments gone too soon, fragments of time you would live in forever which never came back...life was only real for brief illuminated moments like these.’

We’ve all felt that obsession, loving someone from afar, wondering if we’re reading too much into a moment when eyes meet, when words are sung into a mic.

This is the first story in The Holes End series and so I’m eagerly anticipating the follow up: Emily’s Baby.
Read more
Helpful
Comment Report abuse

CathyR
4.0 out of 5 stars Well written with lots of relevant issues
Reviewed in the United Kingdom on 10 December 2019
Bill Robinson is an angry, reckless sixteen year old, who manages to put most people’s backs up, with the beginnings of an alcohol problem. He lives on the run down Holds End estate with his father, older brother and younger sister. He and his father always seemed to clash, both of them short tempered and lacking in patience. His mother left home to pursue her dreams of being a singer and worked on the cruise ships. Her leaving had hit Bill hard but he kept those feelings of resentment, helplessness and betrayal buried, telling himself and everyone else he doesn’t care.

'Now Bill stared out at the night and knew everything had changed. That it had, in fact, been changing for a long time. His mother was gone, and a boy called Lewis Matthews was dead.'

Shortly after the murder of Lewis Matthews, another 16 year old from the estate, Bill is in hospital after a severe beating from a gang of youths. He has his own idea of who was behind the attack and why, but can’t prove anything, even though someone has recorded the attack. Bill’s suspicions deepen about Lewis Matthews’ murder along with anger at the injustice. He can’t help feeling Charlie McDonnal, the local thug, has something to do with all the bad things that happen, and a growing hostility develops between them, each trying to outdo the other in counterstrokes.

'There was trouble in the air. Something dark was rising out of the gutters and the shadows of the alleyways, with a glint in its eye and chaos in its mind. Everyone could feel it, and though they tried to shrug it off, it kept coming back to cloak them in uncertainty. Something new, yet as old as time.'

Music and his love of singing plays a large part in Bill’s life, as does the local community centre where Bill and his friends hang out. The karaoke nights have been a huge success but now the community centre’s survival hangs in the balance, just as a singing competition is bringing in lots more people.

The story is written very well and life on the estate is depicted realistically with nicely developing characters, many of whom are struggling with personal issues and the emotions they evoke. There’s a definite sense of apprehension and impending trouble which builds as the story progresses and includes relevant themes such as violence, abuse and bullying and shows how easy it can be for young people to begin to become dependent on alcohol. Bill is a complex character with a complicated sense of family and with the added pressure of events around him, he uses alcohol as a prop. Sexuality and homophobia is also explored. Reading the story from the perspective of different characters allowed a good insight into their characters and feelings. Most story threads are resolved, but we’re left with a lead in to the next book in the series.
Read more
Helpful
Comment Report abuse
See all reviews from the United Kingdom

Amy's Bookshelf Reviews
5.0 out of 5 stars heart-wrenching and heart fulfilling!
Reviewed in the United States on 2 April 2020
Verified Purchase
Atkins pens a magnificently raw and intense story in A Song For Bill Robinson. I like that there are multiple layers to this story, and it definitely is well-written. I am a fan of Atkin's work, and I just knew this would be a great story. Atkin's has a way of writing that keeps the reader engaged, as social issues, and life's journeys are explored. Bill Robinson is a great character, and definitely unforgettable. The characters are well-rounded and have a lot of depth. Atkins is not afraid to write gritty, and raw characteristics and actions of the characters. It is always a joy to read this author's stories. This author is not just a writer but a great storyteller. Magnificent story, kept this reader turning the pages. I look forward to reading more by this author. This book is a definite recommendation by Amy's Bookshelf Reviews.
Read more
Helpful
Sending feedback...
Thank you for your feedback.
Sorry, we failed to record your vote. Please try again
Report abuse