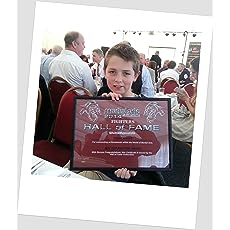 Follow to get new release updates, special offers (including promotional offers), and improved recommendations.
Simon Morrell spent most of his life living in fear. The victim of bullies and violent assaults he fell to agoraphobia seemingly destined for a life of failure. However, his wife Julie persuaded him to follow the world of Martial Arts where he surprised himself and those who loved him by becoming one of the U.K.'s most successful exponents, holding a 6th dan black belt and being entered into the Hall of Fame three times. Today he remains humble but confident with a goal to reach out to people everywhere who are struggling with a fear of any kind. You can visit him at www.simonmorrell.com, follow him on Twitter @simonmorrell or befriend him on Facebook, Simon Morrell. He is always willing to offer his help and support to those in need.
Read more 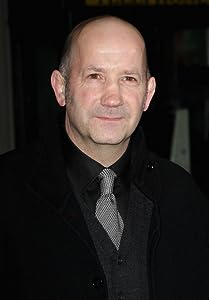 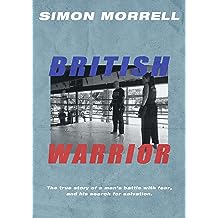 British Warrior 22-Jul-2020
by Simon Morrell
£6.99 £15.99
Award winning author Simon Morrell tells of his experiences in overcoming complete adversity to triumph in this true, frightening and emotional book. Simon has led a life filled with fear, abuse and control before taking his own charge and becoming one of the UK’s leading Fight Coaches and authors.

Simon’s books and talks have gone on to inspire many people throughout the world who identify with his fears, his struggles and is ultimate triumphs.
Read more
Other Formats: Paperback 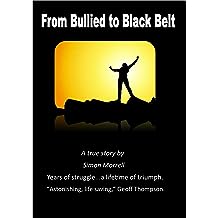 From Bullied to Black Belt.: Fightback 28-Apr-2014
by Simon Morrell
( 9 )
£3.91 £8.99
From Bullied To Black Belt is the true sometimes harrowing, always emotional but inevitably triumphant story of a man’s journey. Since a very early age author Simon Morrell was the victim of merciless bullying. His torment continued into his adulthood when the taunting became violent assault. At one point an attempted stabbing was made on him by vicious youth hell bent on damaging Simon. After more beatings Simon eventually succumbed to agoraphobia and panic attacks and seemed destined to live the life of the meek, a man afraid to leave his house and not daring to expand past his small comfort zone. However, something within him refused to accept defeat and with the help of his wife, the mild mannered man embarked upon a journey in Martial Arts. His original goal was to try and find confidence but he surprised all around him by excelling. Simon became one of the U.K.’s leading Fight Masters obtaining 6th Dan Black Belt and twice being entered into the Hall of Fame. From Bullied To Black Belt whilst written by a Martial Artist is so much more than a book about Martial Arts. It is a story of a man finding himself when all seemed lost, it is a love story that may break your heart, it is a story that will leave you in tears but it is a story that will eventually leave you inspired. The film of the book is now in development in the United States, renamed Fight Back.
Read more
Other Formats: Audible Audiobooks , Paperback 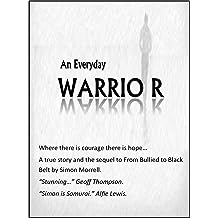 An Everyday Warrior 06-Aug-2014
by Simon Morrell
( 3 )
£4.84 £8.99
In the stunning sequel to From Bullied to Black Belt Simon Morrell tells of even more adversity he has faced in his life, this time almost ending him. Achieving his lifetime ambition of becoming a Black Belt he thought he had faced all his demons and his life was on track. However he found himself answering for the sins of his father when his dad firstly rips off hardcore gangsters for a large amount of money and then takes thousands of pounds from members of the IRA. Simon is held responsible and finds himself under the threat of kidnap and murder. He survives and manages to redeem his father but at a dreadful cost. As his father himself turns on Simon he finds himself losing everything and turning to hard drink. The hectic lifestyle and violence that come with it almost break Simon. As he lies in a hospital bed his wife fears he will die but Simon makes a life changing choice. He draws upon the warrior inside him to put his life back on track but is he able to do it? An emotional tale of our times, An Everyday Warrior will inspire you to overcome all you have to face.
Read more
Other Formats: Audible Audiobooks , Paperback 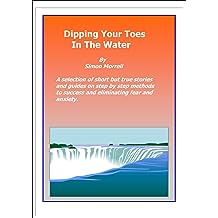 Dipping Your toes in the Water 20-Feb-2013
by Simon Morrell
( 1 )
£0.99
This book, whilst written by a Martial Artist, is not about Martial Arts. Sure, the chapter ‘Dipping My Toes In The Water’ tells of the very personal battles I encountered on my way to success in the Martial Arts, but I feel it best demonstrates how success can be achieved in various stages, until your ultimate goal is met.
I firmly believe it is within all our capabilities, as human beings, to be happy, to have what we want and to live a successful, peaceful life. Not existence, that sounds like we are just here passing time, but have a fulfilling, soul soaring journey. One where we wake up in the morning, not filled with dread but excited about the hours ahead and what we can both put in and take out of those hours.
Here’s the catch. This type of life doesn’t just wait for you to wake up and boom! There is it, waiting for you, real handy! No, it takes work, commitment, sacrifice and a bit of luck. That is amongst other things.
You may have your dream and it sits atop of a cloud waiting for you to reach it. Unless you start climbing the ladder toward that dream, it will only ever be just that. A dream.
Now some of us may be intimidated by the height of the cloud, suffer from the vertigo that the success brings, or be just too afraid of the climb. I know I was. I wasn’t particularly successful as a child or young adult, but although held back by insecurities, (both mine and envious acquaintances) I also held a deep belief that I could, and would do better. I just didn’t know how. So fate took my hand and led me on my path. The path I chose happened to have, in an integral part of its make up, it’s own many steps of achieving the goals it offered. This was the Martial Arts, and the goal was a Black Belt. The steps we took were the grading/belt systems in place. You took a test for one coloured belt and then the next colour was there to be aimed at.
After many years of belt tests, you eventually achieved your Black Belt, providing you were willing to take the knocks and work hard for it.
Once I obtained my goal of Black Belt, I became greedy for more success. It had given me the confidence to try my hand at other things. Success can do that for you, open doors that were previously locked shut to you.
As I started on my path to other successful walks of life, I applied the grading system I was used to. I saw my goal, measured my name against it and worked out how many steps it took. Or, as the title of this book suggests, how many times I had to dip my toes in the water, before I was confident enough to fully submerge myself in it.
My next goal after my Black Belt was to open my own Martial Arts gym. I did this by starting off in a small church hall, testing the water, seeing if I could teach what I knew, if people would attend my classes. After a few steps, over several years, I now own my own U.K. based centre with a U.S.A. gym in the pipeline. I have my own set of Instructors about to open their own gyms. They share in my success and I am happy they share the same steps as me.
It was the same as I embarked upon another dream. I wanted to write, I had done since I was a child and being as English Literature was the only subject I excelled at, at school, this seemed a natural thing to do. However, I didn’t go out and write a best seller first time out. In fact, I am a long, long way of that goal, but I am on my way to it.
What I did with the help of a friend who had taken these steps before me, was to write an article for a magazine. This was well received and others articles followed. I tested the water by submitting articles to my local paper, some of which were published, some weren’t. I also decided to launch a very, very low key monthly newsletter, featuring articles for my own students.
Read more
Other Formats: Paperback