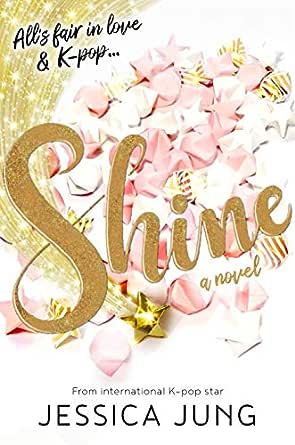 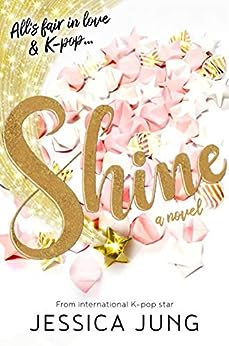 Discover the 2020 Kindle Storyteller Winner
Learn more about this title

"Shine is a lush, heart-filled story with a core of whip-smart satire. In Rachel, Jung has created a protagonist both sympathetic and believable, a girl dreaming big in a brutal industry. Prepare to laugh, cry, and devour this all in one sitting." --Marie Lu, New York Times bestselling author of the Warcross Series --This text refers to an out of print or unavailable edition of this title.

Jessica Jung is a Korean-American singer, actress, fashion designer, and international influencer. Born in San Francisco, Jessica grew up in South Korea where she trained as a K-pop singer, debuting as a member of the international sensation Girls Generation in 2007. After going solo in 2014, she launched the successful fashion line, Blanc & Eclare. Jessica has been featured on the covers of magazines worldwide, her brand now spanning platforms including film and television. SHINE is her debut novel. --This text refers to an out of print or unavailable edition of this title.

The rules of k-pop are simple:

But as the dark scandals of an industry bent on controlling and commodifying beautiful girls begin to bubble up, Rachel wonders if she’s strong enough to be a winner, or if she’ll end up crushed.

Gripping, unique and tinged with romance, Shine is the New York Times bestselling YA about a Korean American teen who is thrust into the competitive, technicolor world of K-pop. But still she make it?

4.4 out of 5 stars
4.4 out of 5
147 global ratings
How are ratings calculated?
To calculate the overall star rating and percentage breakdown by star, we don’t use a simple average. Instead, our system considers things like how recent a review is and if the reviewer bought the item on Amazon. It also analyses reviews to verify trustworthiness.
Top reviews

There are 0 reviews and 1 rating from United Kingdom
click to open popover
Unlimited One-Day Delivery and more
Prime members enjoy fast & free shipping, unlimited streaming of movies and TV shows with Prime Video and many more exclusive benefits.
> Get Started