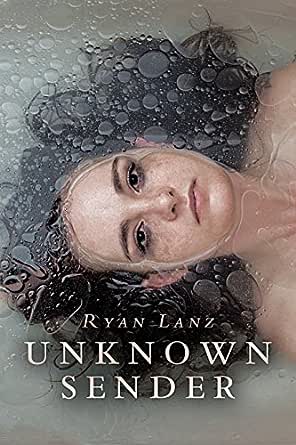 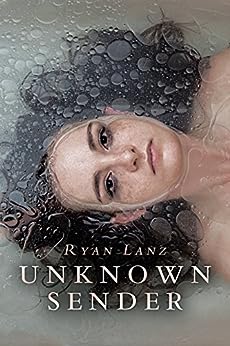 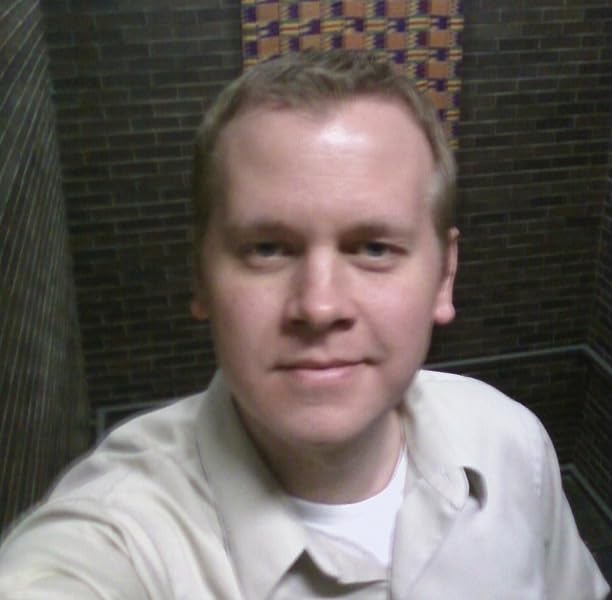 4.3 out of 5 stars
4.3 out of 5
18 global customer ratings
How does Amazon calculate star ratings?
Amazon calculates a product’s star ratings based on a machine learned model instead of a raw data average. The model takes into account factors including the age of a rating, whether the ratings are from verified purchasers, and factors that establish reviewer trustworthiness.
Top Reviews

Angelica Reads
4.0 out of 5 stars Short but packed with tension, suspense and surprise
Reviewed in the United Kingdom on 27 June 2015
Verified Purchase
A well-crafted and well-paced short story/ novelette isn't easy to pull off. But Lanz manages it. The reader is thrown straight into the story, the tension builds from the start. What at first appears to be a tale of a victim of stalking turns out to be something else entirely. I'd have given the story five stars but there were a couple of places where the narrative jarred and caused me to stall in my reading - for example where the author switched from calling a main character by their name and referred to them instead as 'the blonde' - why?

So, not perfect, but a promising piece of writing by an obviously talented writer. An ideal 'commute' read.
Read more
Helpful
Comment Report abuse

Oisín McConville
5.0 out of 5 stars The auther a literary genious, who makes so much from so little.
Reviewed in the United Kingdom on 6 November 2015
Verified Purchase
This is possibly one of the best, easily read and enjoyable eBooks. It is short which means you can have a quick read, despite its length it is a quality piece, with perfect aspects of various genres and even the smallest images paint a large picture. The realation ship and connection between the reader and the main character is established straight away. They auther also captures some hilarious but true traits of people in their early adulthood. The price is well below what it's worth and I highly recommend buying it as fast as you can. It's small masterpiece with a great deal of meaning this through images, description and human behaviour. Again it is a piece worthwhile you would not be disappeared.
Read more
Helpful
Comment Report abuse

Dani Reviews Things / Love in a time of Feminism
4.0 out of 5 stars Short and thoroughly creepy!
Reviewed in the United Kingdom on 26 September 2015
**I received this book for free in exchange for an honest review. This does not affect my opinion of the book or the content of my review.**

I don’t read thrillers usually, but after reading Unknown Sender, I’m wondering if I should. The story starts by introducing the reader to Jessica, a college student hoping to become a teacher. She’s introverted and takes anxiety medication. All-in-all, I found her to be very relatable at the start.

One evening, Jessica gets a couple of text messages from a blocked number. In an attempt to get her mind off the creepiness of the texts, she agrees to go with her roommate to a party. The messages only continue, getting more intimate with each beep. But no worries…they’ll stop soon…

Lanz has written a great short story with a real twist ending. I was not expecting it at all! In fact, throughout the story, I was expecting someone else to end up being the stalker, and I was actually prematurely disappointed that he had written it in such an obvious way. More fool me!

If you’re interested in thrillers, or maybe if you haven’t really delved into the genre before and want a taster, I highly recommend giving this a shot!
Read more
Helpful
Comment Report abuse

Jade Barnett
4.0 out of 5 stars Short, Scary and Suspenseful...
Reviewed in the United Kingdom on 28 June 2015
* I received this title in exchange for an honest review. I am a professional book review blogger.*

I was a bit skeptical at first about reading this, because it's a genre I wouldn't usually read, but I am really glad I took the hour to really get into it and read the whole story. There was so much packed into very few pages I didn't really have a chance to stop and try and figure out how it was going too end. It was very unexpected and that is what I really liked about it.

Unknown Sender is set in America where Jessica is working through her educational degree. She starts to get strange texts from a blocked number, and so her and her friend decide to take a trip where she is unable to get phone service, yet she continues to receive these strange texts. The events that happen in this novelette are shown to us as they happen to the characters, which is part of the reason it is so unpredictable; it is like we are the characters. The plot was extremely fast paced, things started happening from the moment the book started, which I guess has to be so due to the short number of pages. It was such a page turner as well, and I finished within the hour. The hair on my arms were standing on end the whole time I was reading and the ending gave me goosebumps!

Despite the minimal amount of pages, the character development was extremely good, and packed full of description of emotion and personality, as well as unfolding the story quickly and effortlessly. I felt like, up until the very shocking end, the characters and the story both could have been very real, and could happen to anyone. When you actually find out what happens in the end the paranormal sets in and the story gets that edge and unexpectedness that readers like. The whole story was a constant guessing game from beginning to end, having the reader constantly trying to figure out who the unknown sender is and why they are after Jessica, until all is revealed...

I loved the scene where Jessica and Aubrey were relaxing in the garden of their getaway cabin and Jessica starts to get the texts, even though there is no signal whatsoever. It gave me chills and had me jumping when I got a text message on my own phone whilst reading! I think it is so difficult to find a part in the book to pick out as particularly well written, because it is so short, and so well written throughout the whole story. As I have already mentioned, it was such a page turner, and I would definitely read it again to properly look for foreshadowing of the end and really get to grips with the story. The only thing I would say would be that it could be a little bit longer, it was over too quickly!

It is hard to compare Unknown Sender to any other book, because it was so short and unique, I've never read a book like it. I wouldn't recommend to younger readers or people who get scared easily, because it shakes your nerves at the end and had me on the edge of my seat!
Read more
Helpful
Comment Report abuse

Meredith Fletcher
3.0 out of 5 stars Nice Quick Read.
Reviewed in the United Kingdom on 20 June 2015
I am a official book review blogger(www.mezzalilysteenbookreviews.wordpress.com) and received a e-book version of Unknown Sender from the author in exchange for a honest review.

This is a quick read great to fill the gap between books. It is about Jessica who is all about studying however when she starts receiving strange texts from an unknown person, her past starts to catch up with her.

I have to say that I’ve never really read many short stories before as they just seem to short. Unknown Sender is good, it gives a nice overview of what happens to Jessica but I just feel that if it was just that little bit longer there could have been lots more explanation and detail that was needed in some parts.

The ending felt rushed and I kinda got confused as to why it was happening I mean I think I know but a bit of explanation would have been nice. The descriptions are good and some parts are well thought out I just think that it could have been longer to include more detail.

Find our more about this book from the author Ryan Lanz at: www.ryanlanz.com
@theryanlanz
Read more
Helpful
Comment Report abuse
See all reviews

Sarah Jackson
4.0 out of 5 stars Interesting Twist
Reviewed in Australia on 14 June 2015
Verified Purchase
3.5-4 stars, good YA read with an interesting story line & plot twist. Easy to read. Good holiday read. Has the potential to be a longer novel with sequels
Read more
Helpful
Sending feedback...
Thank you for your feedback.
Sorry, we failed to record your vote. Please try again
Report abuse

Catherine Mesick
5.0 out of 5 stars A Suspenseful Horror Short Story
Reviewed in the United States on 23 July 2018
Verified Purchase
In Unknown Sender: A Horror Short Story, author Ryan Lanz introduces us to Jessica, a college student who has recently begun receiving creepy, menacing texts. Jessica's sense of dread grows as the texts become increasingly threatening—and specific. Someone seems to be watching her every move. And there is no shortage of suspects—her ex, her roommate, her roommate's boyfriend—or even an unknown psycho.

In this compelling, suspenseful short story, Lanz gives us well-drawn characters and a satisfying, twisty plot. I didn't see the ending coming. This story was definitely a page-turner, and I look forward to reading more by Ryan Lanz.
Read more
Helpful
Sending feedback...
Thank you for your feedback.
Sorry, we failed to record your vote. Please try again
Report abuse

Despite the story being short — 25 pages, and a bit of clunky language, Unknown Sender was an enjoyable read packed with tension and excitement. The end was good, and a bit unexpected, though not totally as Lanz dropped hints early onto what drove the demons that stalked Jessica. The interplay between these demons, Jessica’s reaction to the text messages and the resolution of the story I wished had been explored more in-depth. Unknown Sender has the ability to be a gripping psychological mystery.

This reviewer was provided with a copy for an honest critique.
Read more
One person found this helpful
Helpful
Sending feedback...
Thank you for your feedback.
Sorry, we failed to record your vote. Please try again
Report abuse

Apart from that I thought this was a great sample of Lanz’s talent, and I’m certainly looking forward to reading his future stories.
Read more
Helpful
Sending feedback...
Thank you for your feedback.
Sorry, we failed to record your vote. Please try again
Report abuse

Carole P. Roman
5.0 out of 5 stars Creepily good, Unknown Sender packs a powerful punch in its ...
Reviewed in the United States on 11 June 2017
Verified Purchase
Creepily good, Unknown Sender packs a powerful punch in its 25 pages. Author Ryan Lanz spins a graphically captivating tales, slowly and carefully building suspense, as the naive college student, Jessica is tormented by an eerie stalker. Tension builds, and the reader feels Jessica's hostile world close in around her. Is it a jealous ex-boyfriend, her promiscuous roommate, and her equally randy boyfriend? Or is it a new menace, a stranger to her world? Who will save Jessica? Well-crafted and just the right length, Unknown Sender is a chilling read.
Read more
Helpful
Sending feedback...
Thank you for your feedback.
Sorry, we failed to record your vote. Please try again
Report abuse
See all reviews
click to open popover
Unlimited One-Day Delivery and more
Prime members enjoy fast & free shipping, unlimited streaming of movies and TV shows with Prime Video and many more exclusive benefits.
> Get Started