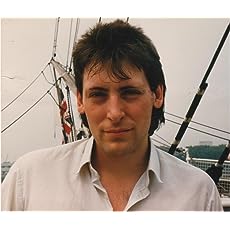 Follow to get new release updates, special offers (including promotional offers), and improved recommendations.
http://senangilsenan.wordpress.com/
Senan Gil Senan believes that it is the job of a writer to visually transport a reader to a place he or she is unlikely to venture. Then without alienating them, it is to introduce them to a pattern of thought that may differ from their own.
His writing is not typical of the science fiction and dystopian genres. It is more visionary, in that it examines the effect of technology and bio-engineering on future society. He is an adamant believer that humans will integrate more and more with technology in order to keep up with the deluge of technological advances created by the advent of artificial intelligence. He believes that this emergent sentience will be shaped by human interaction, much the same as a child.
His own interests include psychology, noetic science, physics, theology & philosophy and ancient history. He agrees with RR Martin who said that any writer who is looking for an intriguing character, a gripping scenario or plot twist, needs to look no further than the pages of a history book.

He was named Senan, by his father Patrick Gilsenan who thought that the name would look good on the cover of a book. He was an Irish printer who yearned to see his own prose and poetry appear in print. Sadly he died before achieving either ambition. Senan left behind the beauty of Sligo in Ireland to set off for London and oblique strategy of career choices. These included working fourteen years as a computer systems engineer. He has also worked as a self-employed financial trader, a writer, an employment adviser, and as a bar manager. He still lives in South London with his wife and family. 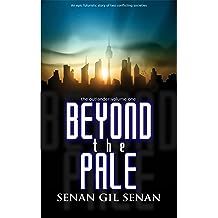 BEYOND THE PALE: the outlander: volume one 30-Sep-2014
by Senan Gil Senan
( 38 )
£2.32 £8.30
Enter a futuristic city built on the site of Denver Airport. In a vastly underpopulated world, nations have been replaced by densely populated city-states. Immense walls protect the citizens from undesirables outside as well as protecting the outside environment from the citizens inside.
An outlander is taken in by the family of a security officer whose life he had saved. Through his daily interactions with those he meets and by falling in love with his benefactor’s daughter, we get a vision of life inside. Here citizens have traded liberty and self-determination for control and security. The hardships experienced living as an outlander are juxtaposed against the luxuries and comfortable lifestyle within.
His family and the many others from his community are looking for him. Whether he returns is a question of will rather than way. An odyssey of experiences and emotions.
Within the walled citadel, society is at the dawn of a transhumanist transformation that is using technology to master nature. However, some outlanders who remain beyond the pale, feel that nature itself is about to change, and will transform everything in its wake.
Keywords = Science Fiction, Post Apocalyptic, New Adult, Romance, Dystopian, metaphysical, Visionary, transhumanism, technology, surveillance, Native American. 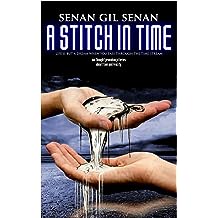 A STITCH IN TIME: Seven thought-provoking stories about time & reality. 08-Dec-2017
by SENAN GIL SENAN
( 15 )
£2.22 £6.23
This book was a Reader's Favorite award-winning finalist for 2018. In this 2nd edition, there are seven thought-provoking stories written in a style similar to the 'Black Mirror' genre, full of twists and designed to make you think differently. Some are futuristic thrillers and some defy labelling, but a common theme of time runs throughout.
Each story showcases an expression of humanity against the weird science which tests it. All could be novels in their own right, but each has been shrunk to its core tale to provide a more exciting read. And, designed to keep you thinking about them long after you have put the book down.

TIMELESS:
A man's life story recounted during his final timeless moment, one of the many that befall him causing the world around him to come to a standstill. All these timeless moments seem to be inextricably linked in his life and anchored to one seminal event.

CLOCKS SLAY TIME:
A bizarre corruption in his consciousness leaves a man experiencing his life in a non-sequential jumbled order. He manages to get by living only in the moment. Until he encounters a particular girl who by just being in her company, allows him to make sense of his confused existence. This is a love story set against a background of distorted time. The non-sequential order of the chapter numbers reflects this, although this story can also be re-read by following the 11 chapters in sequential number order. It then becomes a completely different story; it is a matter of perspective.

EPSILON:
An exorcist encounters a man of whom it is unclear whether he is possessed or suffering from some kind of psychosis. This is a modern horror story which shows how distorted reality can be just as frightening as the depths of hell.


HOLD THE BRIDGE:
A female officer and a crewman are unexpectedly awakened from deep stasis, two and a half years early on a long distance space voyage. Events induce a sense of paranoia when it becomes evident that they are not alone and an alien entity might be onboard and impersonating both of them. As the senior officer, it is imperative that she secures and holds the Command Bridge of the vessel against all odds.

THE FALL AND RISE OF THE EL:
The EL is an advanced race of timeless spiritual light beings that think and act collectively and have been assigned a protective role over a particular solar system. However, divisions in their unity and purpose arise after they opt to manipulate the genetics of one particular species in order to turn them into a helper race of infertile automatons to which they can delegate much of their menial tasks.

THE FUTURE OF DEATH:
An android assistant provided with artificial intelligence and an identity repays it creator by assisting in her suicide and giving her life after death. 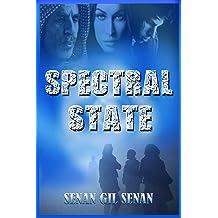 SPECTRAL STATE 09-Feb-2019
by SENAN GIL SENAN
( 15 )
£2.33 £7.99
A young unemployed misfit with a talent for remote viewing is offered employment with a team of military contractors. His life soon changes for the better. The new job brings excitement and certain perks. One of these being proximity to the woman who recruited him and this is the prospect which thrills him the most.
However, in order to stay, he must learn to fit in and follow orders despite his complete lack of any military background.
He is soon embroiled in a world of espionage involving highly restricted quantum technology which opens up an alternative reality in which a person’s memories can be visited.
After witnessing a terrible deed committed by a high profile target, his conscience will not allow him to simply forget it as per instruction. Instead, he becomes determined to seek justice. However, following this path may cost him dearly. 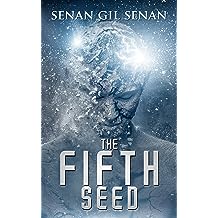 THE FIFTH SEED (Beyond the pale Book 2) 30-May-2015
by Senan Gil Senan
( 12 )
£2.21 £8.34
A young Outlander begins a spirit quest, which is not expected to exceed a handful of days. In this coming of age ritual, he must spend time alone in the wilderness and forego food, water, and shelter. He has to learn to place trust in his inner spirit, and intuition and follow wherever it leads him.
It leads him to New Denver, a somewhat dystopian metropolis that is a showcase for a transhumanist future society. The young truth-seeker expects personal revelation and change. What he encounters instead is an adventure that brings change to all around him. Unfortunately, it also brings danger to the people he loves and threatens the existence of the outlander community that supports him.
A chain of events follows one another in a synchronistic fashion, which introduces intrigue, action, and romance to the story. These events are also the catalyst to a Machiavellian struggle between three major protagonists. One is an emerging sentient artificial Intelligence born out of the surveillance culture. Another is a controlling ancient subterranean race, and then there is the spirit-questor himself. His human physiology is so special that it represents an evolutionary leap forward for humankind. All three, potentially provide a blueprint for the future of humanity.
Set in a future landscape of the American mid-west, this story is as much about a father’s determination to find his son. The Fifth Seed also has some strong female leading characters and is a feel-good inspirational story, as much as it is a thought experiment into a potential future.
This story has a prequel called Beyond the Pale which is set 20 years prior to this one, and includes many of the same characters.