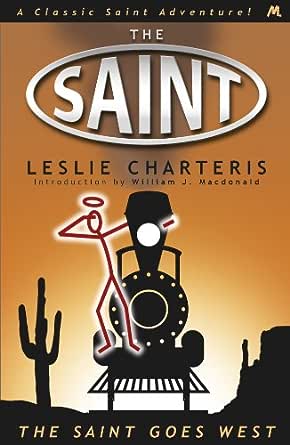 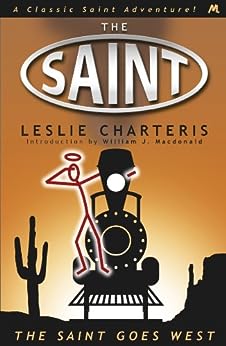 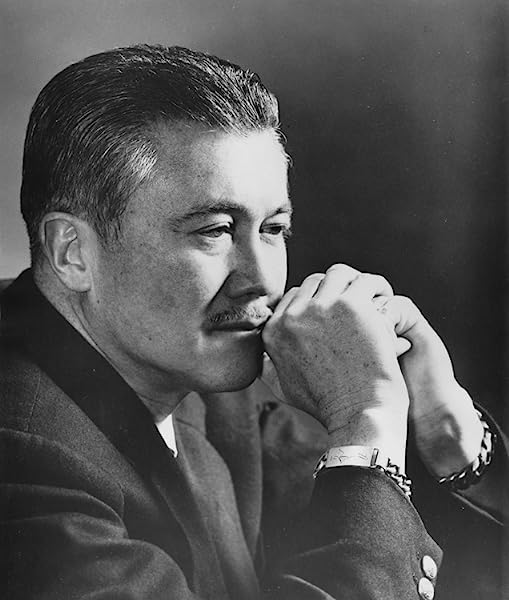 Leslie Charteris was born in Singapore on May 12th, 1907. With his mother and brother, he moved to England in 1919 and attended Rossall School in Lancashire before moving on to Cambridge University to study law. His studies there came to a halt when a publisher accepted his first novel. His third book, entitled Meet the Tiger!, was written when he was twenty years old and published in September 1928. It introduced the world to Simon Templar, aka the Saint.

He continued to write about the Saint until 1983 when the last book, Salvage for the Saint, was published. The books, which have been translated into over thirty languages, number nearly a hundred and have sold over 40 million copies around the world. They’ve inspired, to date, fifteen feature films, three TV series, ten radio series, and a comic strip that was written by Charteris and syndicated around the world for over a decade. He enjoyed travelling but settled for long periods in Hollywood, Florida, and finally in Surrey, England. He was awarded the Cartier Diamond Dagger by the Crime Writers’ Association in 1992, in recognition of a lifetime of achievement. He died the following year.

To find out more about Leslie Charteris and his work, visit www.lesliecharteris.com.

--This text refers to an out of print or unavailable edition of this title.

The Saint is back - the thirty-five original books starring the debonair classic crime hero are being republished in print and ebook with new introductions and extra content.

4.6 out of 5 stars
4.6 out of 5
11 global ratings
How are ratings calculated?
To calculate the overall star rating and percentage breakdown by star, we don’t use a simple average. Instead, our system considers things like how recent a review is and if the reviewer bought the item on Amazon. It also analyses reviews to verify trustworthiness.
Top reviews

Paul Magnussen
3.0 out of 5 stars Saint Saga Nº 23
Reviewed in the United Kingdom on 27 October 2011
Published in 1942, this is the first of the wartime Saint books, and (to judge by a couple of tongue-in-check references) the first one on which American censorship clamped its clammy fingers, eliminating all the immoral activities that made the previous Saint books such fun.

There are three novellas:

In ARIZONA, the Saint foils an attempt by the Nazi-American Bund to take over a mineral-rich ranch. There are intriguing hints that Charteris knew of the Manhattan project, since the Saint says:

The mineral concerned is later (sensibly) stated to be cinnabar; but cinnabar is not found in quantity in Arizona, and pitchblende is.

In PALM SPRINGS, the Saint bodyguards a spoiled playboy who has received a threat on his life.

In HOLLYWOOD the Saint solves the murder of an obnoxious film producer, commenting:

"I feel rather satisfied about Ufferlitz getting killed... Once upon a time, before the Hays Office got hold of me, I might easily have killed him myself."

These last two stories do not sit well in wartime scenario, and, after the first one, lead one to wonder what on Earth the Saint can have been thinking of. It wouldn't surprise to learn that they were actually written in peacetime, and used here as filler.

However that may be, all three stories are rather formulaic.

P.S. For a list of all Charteris's Saint books (in two sections, because of length limitations) see my Listmanias.

anonymous
5.0 out of 5 stars Sheer entertainment
Reviewed in the United Kingdom on 13 May 2004
In 1974, on a family holiday to Robin Hood's Bay, I started reading "The Saint Goes West". Returning to the resort earlier this year, I visited a second-hand bookshop where they were clearing the contents of a holiday cottage. With astonished recognition I fell on "The Saint Goes West".
I don't know if this is some sort of record, but I'm happy to say that in the intervening 30 years, this book has, if anything, improved. It's a classic. Frankly, "The Saint Goes West" is so consistently enjoyable that I don't want to spoil it by giving anything away, but essentially, if your idea of the perfect escapist thriller is something that lies on the exact continuum between Raymond Chandler and "Goldfinger", then this is the book for you.
It's one of life's great mysteries that Leslie Charteris is now in eclipse, while Hollywood lavishes millions on clunky, linear plots-by-numbers like the most recent Bond. If you feel short-changed by the way Ian Fleming's hero has gradually been stripped by screenwriters of glamour, intelligence and erotic wit then all I can say is: read this book.
Read more
3 people found this helpful
Helpful
Comment Report abuse
See all reviews
click to open popover
Unlimited One-Day Delivery and more
Prime members enjoy fast & free shipping, unlimited streaming of movies and TV shows with Prime Video and many more exclusive benefits.
> Get Started