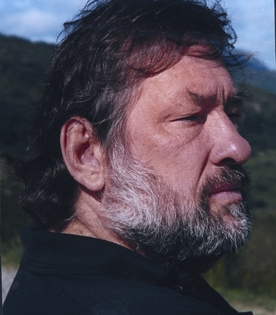 Ten years on, this diary reveals what has happened to the outrageous Gerald, the joyless Flushpools, incompetent Leonard, the long-suffering Anne and the other well-known characters.

4.6 out of 5 stars
4.6 out of 5
18 customer ratings
How does Amazon calculate star ratings?
Amazon calculates a product’s star ratings based on a machine learned model instead of a raw data average. The model takes into account factors including the age of a rating, whether the ratings are from verified purchasers, and factors that establish reviewer trustworthiness.
Top Reviews

bankvole
4.0 out of 5 stars Four Stars
Reviewed in the United Kingdom on 18 January 2018
Verified Purchase
bought to give to a friend
Read more
Helpful
Comment Report abuse

Victoria
5.0 out of 5 stars Bought as a gift
Reviewed in the United Kingdom on 5 November 2017
Verified Purchase
a gift for a friend
Read more
Helpful
Comment Report abuse

Pengwyn
4.0 out of 5 stars A timeless classic
Reviewed in the United Kingdom on 1 November 2010
Verified Purchase
A good laugh on every page. Adrian Plass has that wonderful ability to pick out character traits, mannerisms and ways of speaking that the reader can easily recognise in people they know from their experiences. Plass opens his own and the other characters to hilarious scrutiny and yet his conversations and thoughts often express profound observations about life in it's extraordinary every-day workings.
One to read time and time again.

Jaymeister69
5.0 out of 5 stars Irreverant and funny
Reviewed in the United Kingdom on 28 August 2013
Verified Purchase
Probably only funny to practising (and out of practice) Christians. All observations are so close to home it can get uncomfortable :-)
Read more
Helpful
Comment Report abuse

Rita Chevrolet
5.0 out of 5 stars Brilliant - uncomfortable truths but very funny!
Reviewed in the United Kingdom on 3 October 2015
Verified Purchase
Really hysterical. I was falling about from page one.
Read more
Helpful
Comment Report abuse

The original bestselling Sacred Diary of Adrian Plass (Aged 37 ½) is a brilliant take on ordinary church members who wish their spiritual life was a little more evangelical-dramatic, and gently pokes humour at evangelical hang-ups whilst still very much loving the tribe he’s writing from. This volume continues the story – but now the fictionalised Adrian Plass is on a speaking tour. Whenever I’m feeling a little blue or out of sorts, I reach for Adrian Plass. He should be given out by vicars on prescription. His humour is a little dated now (this book was written a while ago), but its heart is good and there’s much wisdom behind the humour. This time, I was struck by the temptation to fame and what a contradiction it is for Christians. If you’ve never read Plass before, start with the Sacred Diary, otherwise get this and enjoy.

Sue
5.0 out of 5 stars Great sequel :-)
Reviewed in the United Kingdom on 11 February 2014
The first three books were - to coin an over-used cliché - a breath of fresh air when they first appeared, in the early 1990s. Plass spoke honestly into a generation of young people who had grown up in evangelical circles, but were starting to ask open and sometimes difficult questions which the leaders were reluctant to answer. Modernism was giving way to post-modernism in the West, but the church in general was failing to keep up. Plass encouraged us to laugh at ourselves, and to poke gentle fun at some of the foibles of the church from within, while - at the same time - focussing more closely on the God who loves us despite everything.

I had been concerned that this sequel, published in 1997, would prove a disappointment, but was delighted to be proved wrong. I smiled in many places, and chuckled few times, and found myself thinking about the contents at odd times long after I had finished.

Re-reading 15 years later, I enjoyed it afresh, and yes, despite knowing most of the punchlines and the general outcome of the stories, I still found myself laughing out loud more than once.

Highly recommended, although it makes the most sense to read this after, at least, the first Sacred Diary book.

RL McRann
4.0 out of 5 stars The Sacred Diary of Adrian Plass Christian Speaker, Aged 45 3/4
Reviewed in Canada on 22 April 2013
Verified Purchase
The book spoke to real true-to-life topics that are everyday issues for many Christians. I found the topics thought provoking and really liked the twist at the end.
Read more
Helpful
Sending feedback...
Thank you for your feedback.
Sorry, we failed to record your vote. Please try again
Report abuse

SJF
5.0 out of 5 stars Adrian does it again.
Reviewed in the United States on 10 November 2018
Verified Purchase
We can't decide which Sacred Diary we like better--aged 37 3/4 or 45 3/4. Such good medicine. The diaries stay by our bed and get read over and over when we need a snippet of reality and light-heartedness to put life back in perspective.
Read more
Helpful
Sending feedback...
Thank you for your feedback.
Sorry, we failed to record your vote. Please try again
Report abuse

VALERIE TOWNSEND
5.0 out of 5 stars GREAT FUN.
Reviewed in the United States on 29 June 2017
Verified Purchase
LOVE MR PLASS BOOKS HAVE TWO MORE ORDERED CAN;T TO GET AND THEM I MAY GET COPIES FOR A CLOSE FRIEND WHO LOVES TO LAUGH. SHE WOULD ENJOY THEM.
Read more
Helpful
Sending feedback...
Thank you for your feedback.
Sorry, we failed to record your vote. Please try again
Report abuse

B. Ross
5.0 out of 5 stars Either you get it or you don't.
Reviewed in the United States on 24 May 2010
Verified Purchase
Not everyone gets Plass' humor, but if you can get into the mind of the man writing the diaries you get a wonderful ride! He has a wonderful way of expressing loving honesty about the faults and foibles of God's people, and the inner struggles that most of us face trying to live out a faith that is sometimes over our heads. I love this book! It's light, easy reading, and if you are willing not to take yourself and your religion too terribly seriously you will enjoy this book a lot.
Read more
Helpful
Sending feedback...
Thank you for your feedback.
Sorry, we failed to record your vote. Please try again
Report abuse