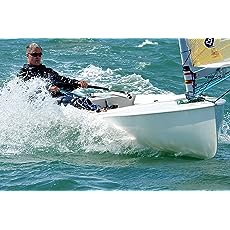 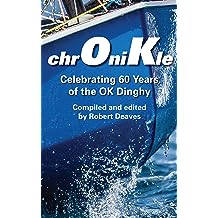 chrOniKle : Celebrating 60 Years of the OK Dinghy 24-Jan-2018
by Robert Deaves
( 1 )
£4.99 £12.00
chrOniKle is an anecdotal history of the OK Dinghy to celebrate its 60th anniversary in 2017. It includes 100 stories, many of which are illustrated, drawn from all periods of the class’s history. Old stories are complemented by new stories, with many class legends and tales of folklore told and embellished down the years in print for the first time.

The book has turned into something of a scrapbook of OK Dinghy memories past and present. Its many contributors have painted an alternative picture of the class that is as much a part of its history as the battles that took place on the water. Most of the stories concern a diverse group of characters from all over the world that loved having fun together, racing OK Dinghies together, socialising together, and causing general mayhem along the way.

Stories of derring-do from the past six decades are complemented by extracts from class archives and important turning points for the class. In these pages you can read about some of the defining moments in the class: the famous European tours by Australians and New Zealanders in the 1980s, wise words from some of the supreme champions of the class, anecdotes about some of the larger than life characters who have sailed the OK Dinghy, reminiscences of events and boats long passed, dodging East German guards during the Cold War, ditch hopping in Belgium, drinking jackets, the scandal at Olpenitz, fly tipping, drinking stories, personal perspectives, colourful fables from the past, the epic storm of 1982 and the even more epic prizegiving night that followed.

It is the stuff of legends... 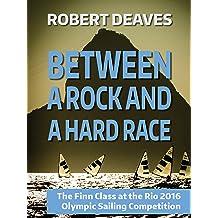 Between a Rock and a Hard Race: The Finn Class at the Rio 2016 Olympic Sailing Competition 22-Nov-2017
by Robert Deaves
( 5 )
£6.99 £13.50
In August 2016, 23 of the world’s best Finn sailors met in Rio de Janeiro to fight for Olympic gold. This is the story of how they all got to Rio, survived the qualification battles, the gruelling training and regatta circuit, and still had enough left to challenge for Olympic medals.
It is a fascinating insight into the Finn class and what it takes to be a Finn sailor and an Olympic champion that begins on a hill at the end of the London 2012 Olympic Games and ends in front of a rock in Rio de Janeiro in 2016. 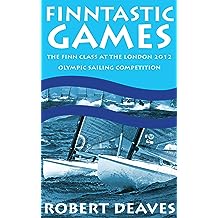 Finntastic Games - The Finn Class at the 2012 Olympic Sailing Competition 20-Jan-2013
by Robert Deaves
( 5 )
£2.99 £12.99
This is the story of the Finn class event at the London 2012 Olympic Sailing Competition. It contains event previews, profiles of all the sailors, in-depth interviews with the favourites, daily reports from each day of the Olympics, follow-up interviews with the three medalists and many beautiful photographs from before and during the event. At the 2012 Olympics in the Finn class, Ben Ainslie won his fourth consecutive Olympic gold medal to add to the silver medal from 1996 to become the most successful Olympic sailor of all time. This book describes the journey of 24 sailors as they prepare for the biggest regatta of their lives and continues through to the thrilling medal race where Ainslie secured his record breaking fourth gold medal. It is a unique account, told mainly in the words of the sailors. Through these stories and photos you can re-live one of the most momentous weeks in sailing.
Read more
Other Formats: Paperback