Reconquista (The Al Andalus series Book 1) and over 8 million other books are available for Amazon Kindle . Learn more
Share <Embed>
Have one to sell?
Sell on Amazon 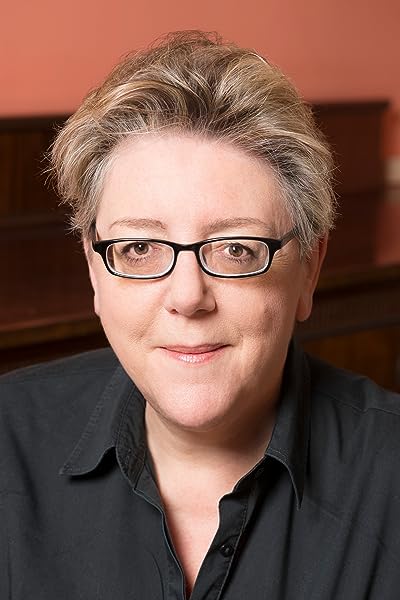 Start reading Reconquista (The Al Andalus series Book 1) on your Kindle in under a minute.

J.J.Anderson lives in London and in Jerez de la Frontera, Spain. She wrote the first version of 'Reconquista' for her god-son and nephew over ten years ago. She likes cats, gardens, history, reading and music and both the cities she lives in. You can find her at www.reconquista.online on Twitter @jjstorybazaar , on Pinterest and Facebook.

4.2 out of 5 stars
4.2 out of 5
9 customer ratings
How does Amazon calculate star ratings?
Amazon calculates a product’s star ratings based on a machine learned model instead of a raw data average. The model takes into account factors including the age of a rating, whether the ratings are from verified purchasers, and factors that establish reviewer trustworthiness.
Top Reviews

JPG
4.0 out of 5 stars You'll enjoy this
Reviewed in the United Kingdom on 18 May 2016
Verified Purchase
JJ Anderson's second novel is even better than The Village, her first. It will appeal to teenagers from, I guess, 12 onwards, as well as adults. This is a fast-paced adventure story set in 13th century Spain - precarious and exciting times, as Muslim and Christian forces seek power, and ordinary people simply try to live their lives. There isn't one main character, but several, and we follow the unexpected and surprising stories of (primarily) young people seeking to understand themselves and the events overwhelming them. It's a real page-turner, and I do hope the second novel in the Al Andalus series appears soon. Catch up with this new and exciting writer!
Read more
3 people found this helpful
Helpful
Comment Report abuse

Annette
5.0 out of 5 stars Growing up in a time of war
Reviewed in the United Kingdom on 14 September 2016
Verified Purchase
I approached this book with some caution as my default position for a 'good read' is a novel set in the 20th century focussing heavily on the familiar, not an exciting place to be! However,this historical adventure book grabbed my attention from the start. As far as characterisation goes I couldn't have asked for more involvement, the development of these young people was beautifully expressed as they struggled to cope with the terrible situations they found themselves in as well a struggling with their personal longings and confusions.
The historical setting was fascinating and reminds us how little things really change over time. The story was extremely exciting and gripping and not over yet! I am looking forward to following the further adventures of Rebecca, Ben, Nathan and the others and immersing myself in the sights and sounds of
13th century Spain once again, soon I hope!

E Garth
5.0 out of 5 stars This book will captivate.
Reviewed in the United Kingdom on 1 May 2016
Verified Purchase
This is such an exciting story. The very first chapter had me hooked and I just kept on reading. Turbulent times in thirteenth century Spain makes the perfect backdrop for adventures and these young people find their lives taking surprising and dangerous turns, never sure when or if they will see each other again. The danger is palpable and I found myself anxious - how would Rebecca manage to conceal her identity, the stakes so high. Can Atta grow up quickly enough to deal with his perilous situation. And, of course, the ultra cool Thomas of Whelmstone - how will his story unfold.
I love this book and hope J J Anderson will not keep me waiting too long for the sequel.

Becky
5.0 out of 5 stars 'I really enjoyed reading this book
Reviewed in the United Kingdom on 6 April 2016
Verified Purchase
'I really enjoyed reading this book. It's exciting, with something for everyone, if you like good, well-drawn characters in perilous situations. I was often surprised and didn't know how things would turn out. Everyone will have their favourite characters, mine is Rebecca, but I like others too, like Atta and Senor Thomas. My big disappointment is that I don't know what she will choose at the end of the book. I will have to read the next one to find out. But then I also want to know what happens to Nathan and the others. I hope it's out soon.'
Read more
One person found this helpful
Helpful
Comment Report abuse

Dave A.
5.0 out of 5 stars A classic adventure story
Reviewed in the United Kingdom on 25 May 2016
‘Reconquista’ is a classic adventure story. Originally composed in serial form for the enjoyment of a teenager visitor to the author’s home in Andalucía, it gives a dramatic account of the lives of Nathan, Atta, Rebecca and Ben who we find coming of age in the city of Jerez during the autumn and winter of 1264-1265.

The drama starts in early October when the besieged Moorish city falls to the ‘Christian’ army of King Alfonso X. The youngsters, already trying to find their feet in the adult world, are plunged into new dangers, alarms and confusions as strange and brutal northern soldiers occupy their city. Family ties and the traditions on which they have all hitherto relied are tested, strained and sometimes broken. The questions the young people ask often cannot be answered by their elders – or the answers are rejected because the young are adapting faster to the new circumstances than are their parents. Our heroes (for such they are) all have to learn quickly and think fast in a rapidly changing and potentially deadly new world.

Each character is confronted by different dilemmas concerned with courage, ambition, loyalty or obedience. To meet their various challenges, they must fend for themselves and embark upon journeys which take them into unfamiliar places and situations. They are travelling away from the safety of childhood both emotionally and geographically.

J.J. Anderson weaves their different adventures with great skill and plenty of ‘cliff-hangers’ (literal and metaphorical) which make us want to plunge immediately into the next chapter. Historical research and a detailed knowledge of the geography of Andalucía inform the stories at every turn but this is no dry history lesson. For readers young and old, the violence, arbitrary cruelty and unpredictable dangers arising from the clash of religions and cultures in medieval Spain will have a shocking contemporary resonance.

B. Pidgeon
5.0 out of 5 stars Great read
Reviewed in the United Kingdom on 4 August 2016
I'm generally not a fan of fiction, but I was lucky to have been given a copy of Reconquista for review. Lovely adventure but with interesting historical facts weaved into the story, believe this book is great material for world of games and cinema. Looking forward to the next one in the series.
Read more
Helpful
Comment Report abuse