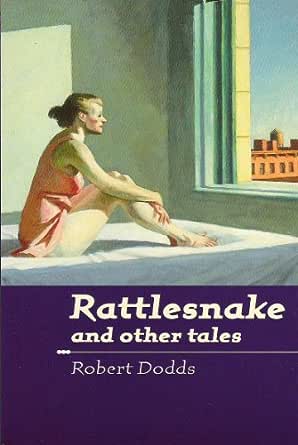 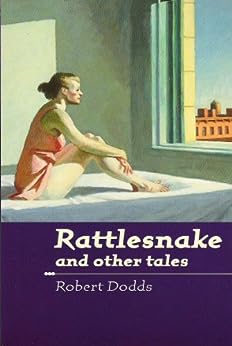 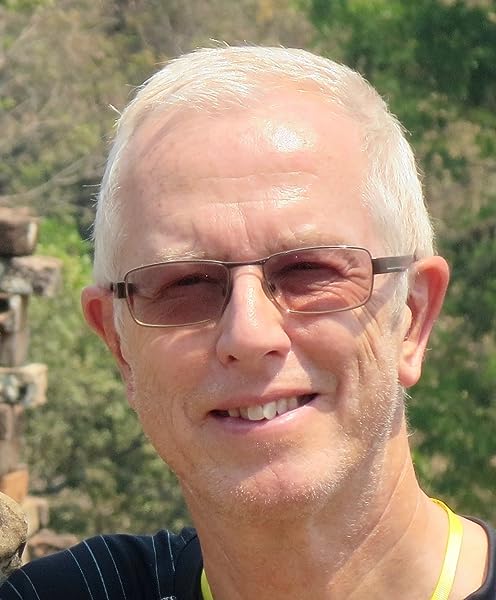 Rattlesnake and other tales Kindle Edition

Ranging from domestic unease in England, to illusion and disillusion in Latin and North America, Dodds's stories are packed with subtle twists and turns, but told in an elegant, simple style. The opening novella, "Rattlesnake" is a gothic-inspired tale of torment and manipulation. --This text refers to the paperback edition.

The country and western on the car radio had started out as something that marshmallowed Miranda's mind, calming her down. It went with the flat uneventful desert landscape that slipped by outside the windows. Then somehow it had started to become irritating, without her really noticing, until finally, as 'Stand by your Man' started up, she punched the off button like she was poking out the singer's eye. In the sudden absence of music she heard the phlegm-throated burr of the engine and the long kiss of the tyres on tarmac. The road stretched ahead in an impossibly straight line to a horizon that someone had made with the same ruler. The sun sat symmetrically on the end of the road, like a big swollen half orange. Maybe this desert highway followed some old migrant trail to California, and the settlers had guided themselves westwards by the sun. anyway, it was lousy for the eyes. To save them, Miranda concentrated on the desert off to one side, where the cacti!
slipped by like phantoms. The thought came to her that they could be the spirits of migrants who failed to make it across this dessert. They'd have rattled out their last breath in the dessicated air, pleading for God to send them water. Then a cactus had grown for each corpse, thrusting up through a huddle of bones picked clean by squabbling vultures. 'Give us a ride', the cacti would have have said, if they'd had voices, 'give us a ride if you're going to California!'

How long was it since she had seen another car? This road was endless. She pressed her foot down a little harder, sending the needle well past the statutory fifty-five. Then she saw it. Shit! The gas-tank needle was flat on empty, and the warning light was on.

She forced her mind backwards over the last hour. How long ago had she driven through that place - Wackenburg, Wickenbird, whatever? There'd been gas stations there for sure, although she couldn't bring them into focus. They'd slipped by, as irrelevent as the cacti, the other cars, the big signs for motels. If only she'd paid attention. Now what?

Miranda slowed the big Dodge right down so she could think. She checked the rear-view mirror, and her attention was held by the eyes that looked back at her. They were like voids. The low sun straight ahead threw the minute landscape of her face into sharp relief. For a change she looked every minute of her forty-three years. The car wandered into the middle of the highway, and she shifted her gaze quickly from those stranger's eyes to steer it back to the right.

It must be too far now to go back to Wackenburg. There had to be another gas station ahead somewhere, and besides, the idea of turning back gave her a horrible sensation. She had to keep going now, like some space probe, sent out into the depths of the cosmos. She didn't know what she'd find there, but, please God, just let there be a gas station. He could surely do her one favour - he owed it.

As each mile clicked on to the clock like a gasp for petrol Miranda found she had to fight of a tension which made her grip the steering wheel with knuckles like blanched bones. She tried to breathe deeply, using the old tension-ridding exercises they'd taught her in drama school. She stretched her cramped muscles, tightening then relaxing them, bunching up and releasing. But the tension crept back until she felt she would scream. Fighting the urge to go as fast as possible, she let her speed drop to around forty, to eke out the petrol. She felt as if she was wading on foot through deep sand and sagebrush, getting nowhere. It was a slow motion sequence, a nightmare. --This text refers to the paperback edition.

5.0 out of 5 stars
5 out of 5
1 global rating
How are ratings calculated?
To calculate the overall star rating and percentage breakdown by star, we don’t use a simple average. Instead, our system considers things like how recent a review is and if the reviewer bought the item on Amazon. It also analyses reviews to verify trustworthiness.
Top reviews