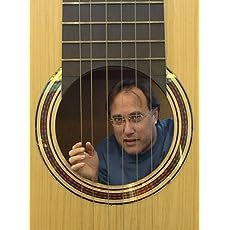 Follow to get new release updates, special offers (including promotional offers), and improved recommendations.
R.S. Gompertz grew up in a Los Angeles suburb of Disneyland

He writes historical fiction served up in a thick broth of humor, gravitas and adventure.

"Life's Big Zoo" is a catcher in the rye bread coming of age story set in Los Angeles, 1968 in an eccentric family where the bright lights of the sixties meet the shadow of the Holocaust.

"No Roads Lead to Rome" takes place in A.D. 123, a time not unlike the present, and chronicles the decline and fall of damn near everything. The saga continues in "Aqueduct to Nowhere."

While working on "No Roads," he published "The Expat's Pajamas: Barcelona," a series of articles about travel and expat life.

A collection of his humorous articles can be found in "Quirk In Progress."
Read more 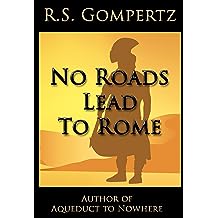 The Roman Empire is at a crossroads, and Emperor Hadrian, realizing that continued expansion will make the empire's borders indefensible, decrees consolidation to a size the legions can better guard. That story is told here in a confusion of the historical, the comical, the metaphorical, and the adventurous that mostly (and surprisingly) holds together fairly well. In the province of Hispania, the governor, Festus Rufius, has just taken over for his murdered predecessor, veteran Centurion Marcus Valerius.

Surviving on graft, plots, kickbacks and bribery, the Empire lurches on while Hispania is beset by slave revolts, food riots, uncollected taxes, and bad wine. And so the province's leadership must resort to a series of desperate illusions to disguise its failings.

All this is recounted swiftly, with verve, panache, and a light tread that makes for a delightful, well told tale.

It's AD 123. On the edge of the Roman Empire, a dead governor leaves behind the opportunity of a lifetime.

Mysteriously promoted, a senator’s son finds himself in an ancient world of trouble. Within days of taking office, Hispania’s taxpayers are in open revolt, all legionaries depart to build Hadrian's Wall, and the once-sleepy province is rocked by slave revolts, bread riots, and fad religions.

A quixotic saga steeped in humor and history, "No Roads Lead to Rome" chronicles the clumsy schemes of the new governor and his shadowy adviser, a superstitious centurion's struggle to save his faith in the faded ideals of the Republic, and a young rebel's reluctant vow to change the course of history. All are pitted against the Gods, the Emperor, and the decline and fall of nearly everything.

It's AD 123--a time not unlike the present--and No Roads Lead to Rome.
Read more
Other Formats: Paperback 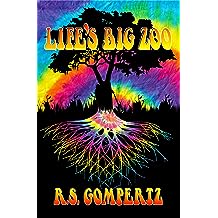 Should I tell my grandmother that our weird neighbor is an ex-Nazi? Nana survived Dachau and deserves a quiet life which, so far, I haven’t provided. I may be the dumbest kid in smart class, but I have a really big idea: I’m going to return to the scene of the crime and avenge Nana’s lost family.

Garage bands, G-men, Germans and Jews. Laurel Canyon, where the nuts roll uphill. If the future of the free world depends on me, please accept my apology in advance.

Among the many wise things Nana tells me, one that rings true time and again is that God keeps a big zoo. In the summer of 1968 I joined the menagerie. 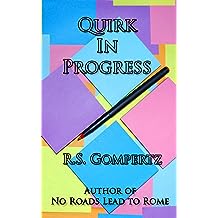 An app that translates Keith Richards into English. Disney buys the Holy Land just after Chicago changes its name to Boston. Proof that Ringo broke up the Beatles and a quick guide to Twitter success in 10 easy tweets.

A collection of humorous articles that cover the full spectrum from high tech to low brow.

Offered at a special introductory one time only super low price in the hope that you’ll be entertained and intrigued enough to read my novels "No Roads Lead to Rome" and "Aqueduct to Nowhere."
Read more 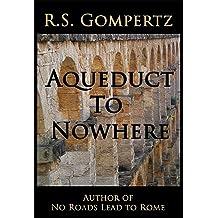 Aqueduct to Nowhere 27-Sep-2013
by R.S. Gompertz
( 16 )
£2.35 £6.50
More humor and historical friction from the author of “No Roads Lead to Rome!”
123 A.D. on the ragged edge of the Roman Empire.
Saturnalia—the winter festival where slaves become masters and masters, slaves — is in full, raucous swing.
Gaius Severus, a young misfit searching for love, identity and breakfast is working a dull job as a security guard when the worst governor in the Roman Empire is accidentally overthrown and a band of female pirates takes over the town.
While Severus stumbles through dark rites of passage and near-fatal coming of age adventures, his feisty girlfriend finds her true calling as a seer and his dissident brother transforms a quest for a holy relic into a comic attempt to overthrow the emperor.
The gods forsaken Spanish capital of Tarraco is turned upside down by a cast of corrupt officials, disgruntled ex-gladiators, and rogue praetorians.
History repeats again as the decline and fall of damn near everything continues in this standalone sequel to “No Roads Lead to Rome.” 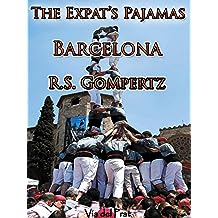 A wise person observed that visiting a new place for a day makes you an expert but the longer you stay, the less you seem to know. As you integrate into new surroundings, the exotic eventually becomes familiar and what was once quirky becomes the new normal, though you may never quite fit in.

From 2000 to 2005, I lived with my family in Sant Cugat, a Catalan village on the outskirts of Barcelona, Spain. These were interesting and formative years to live, work, and learn abroad.

On a global scale, the hope of the new millennium and the promise of peace didn’t last. The new century barely arrived before the world was convulsed with terror that soon turned to war. According to the daily headlines, the planet had become dangerous place.

As we went about our daily lives, we found people were drawing closer, not pulling apart. Traveling extensively through Europe and North Africa, we never felt unsafe or unwelcome.

In putting together this brief collection, I chose to leave world’s upheavals and politics aside in order focus on a few odd milestones, minor upsets, and gentle bumps along the road one travels from tourist to resident.

Most of these articles were written and published while avoiding work on my novel, “No Roads Lead to Rome.” The novel takes place in Spain in 123 A.D., a time not unlike the present.
Read more