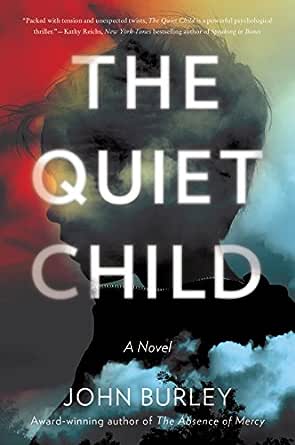 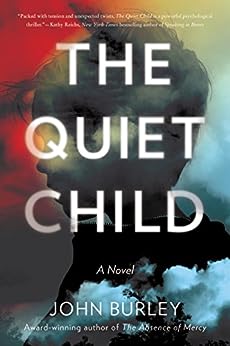 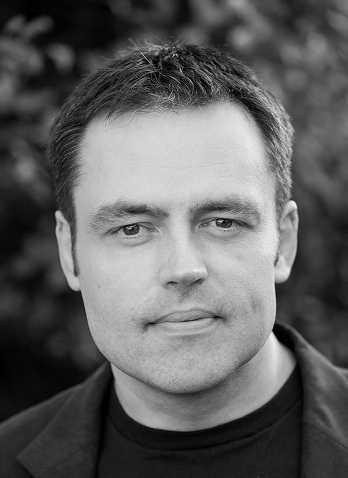 "Burley never lets the tension lag as he keeps the suspense high . . . with myriad jaw-dropping twists."--Associated Press<br ><br >"Packed with tension and unexpected twists, The Quiet Child is a powerful psychological thriller set in a time before the emergence of forensic science."--Kathy Reichs, New York Times bestselling author of Speaking in Bones<br ><br >"A beautifully realized thriller, full of striking imagery, and so haunting I thought about it for days afterward. It starts with a parent's greatest nightmare--your children being abducted--and then asks: What might make you question whether you wanted them back? John Burley is a fearless talent.' --Glen Erik Hamilton, award-winning author of Past Crimes and Hard Cold Winter

"A riveting novel that engages both heart and mind. John Burley has an eye for detail, a feel for story, and a deep sympathy for his characters." --Lou Berney, award-winning author of The Long and Faraway Gone

"Eerie, troubling, and masterfully written, The Quiet Child is a captivating synthesis of classic suspense and the supernatural. Burley is a writer who understands the bonds of family and knows how to keep the reader in suspense until the last page." --Christine Carbo, author of The Weight of Night --This text refers to the paperback edition.

From the award-winning author of The Absence of Mercy comes a gripping and darkly psychological novel about family, suspicion, and the price we are willing to pay to protect those we love the most

It's the summer of 1954, and the residents of Cottonwood, California, are dying. At the center of it all is six-year-old Danny McCray, a strange and silent child the townspeople regard with fear and superstition, who appears to bring illness and ruin to those around him. Even his own mother is plagued by a disease that is slowly consuming her.

Sheriff Jim Kent, increasingly aware of the whispers and rumors surrounding the boy, has watched the people of his town suffer, and he worries someone might take drastic action to protect their loved ones. Then a stranger arrives, and Danny and his ten-year-old brother, Sean, go missing. In the search that follows, everyone is a suspect, and the consequences of finding the two brothers may be worse than not finding them at all.

John Burley is the award-winning author of The Absence of Mercy, which won the National Black Ribbon Award recognizing a new voice in suspense writing. He attended medical school in Chicago and completed his emergency medicine residency at University of Maryland Medical Center and R. Adams Cowley Shock Trauma Center in Baltimore. He continues to serve as an emergency medicine physician in Northern California, where he lives with his wife, daughter, and Great Dane.

--This text refers to the paperback edition.
Read more

4.0 out of 5 stars
4 out of 5
53 global ratings
How are ratings calculated?
To calculate the overall star rating and percentage breakdown by star, we don’t use a simple average. Instead, our system considers things like how recent a review is and if the reviewer bought the item on Amazon. It also analyses reviews to verify trustworthiness.
Top reviews

Anita Dawes
5.0 out of 5 stars this was an outstanding read!
Reviewed in the United Kingdom on 4 January 2018
Verified Purchase
Described as both hauntingly tense and a gripping, dark psychological drama, I was hooked by the time I had read the blurb on the back of the book.
At first, the main characters seem to be the two boys, Danny and Sean McCray, but when they go missing, their father Michael swings into the central role.
Danny is a strange child; he has never spoken a word and regarded by the superstitious townspeople as a broken child, somehow causing illness and death in the community. When the family car is stolen along with both boys inside, many said it might be better if they were never found.
I liked the slow, careful way the memories and backstory are woven into the story, as the father tries to cope with losing his family. It was painful to watch him hovering between defeat, suspicion and a weird kind of acceptance.
My favourite character was the sheriff, Jim Kent. Bravely doing his job despite being torn between doing his duty and his humanity.
On the surface, this story is about superstition and loss, but I was unprepared for the disturbing conclusion, the final shocking twist was absolutely unexpected…

Sharon
4.0 out of 5 stars Small town southern gothic atmospheric psychological thriller set in 1950's
Reviewed in the United Kingdom on 16 August 2017
Right at the beginning of this story Michael McCray, a quiet, measured man, appears to be mulling something over and that maybe he should pack his family up into the Chevy Bel Air right there and then to move for a fresh start to some place new where things may be better for them. Instead he puts the boys in the truck and drives into town to buy ice creams to celebrate their mother, Kate, feeling unusually well that day. A decision he will come to regret.

I really enjoyed this southern gothic atmospheric psychological thriller set in the small town of Cottonwood, California in 1950's. The Quiet Child, for me, was a captivatingly compelling read about the disappearance of two young boys; ten-year-old Sean and his six-year-old brother Danny, and of the race to find them alive.

The pace at the start is like Michael quiet, and measured, but then the pace and action ramps up and doesn't abate until the finality of the book.

Kate desperately wants her boys back at any cost and demands that her husband find them. This Michael vows to do and makes the decision to 'go it alone', without the help of the authorities. How far will he go to save those he loves the most, and will he be able to live with the consequences of his actions?
In the race to find the boys are Cottonwood's Sheriff Jim Kent, and two Shasta County detectives who are also hellbent on bringing them back alive to their mother.

Danny suffers from selective mutism. He hasn't uttered a word in all of his six years of life. A strange boy that things tend to happen around. From the time of his birth, sickness and death has befallen those around him including his mother, now in the final stages of Lou Gehrig's disease.
Misfortune has plagued anyone coming into contact with young Danny and with a long list of sickness, accidents and deaths, the community believe he has special, poisonous powers enabling him to cause them harm. Are they right to be afraid of him and to believe that it may be better for everyone if Danny is never found.

This is 1954 and without the modern day technology and forensic advancements we've become so reliant upon in our modern world this will be a slow methodical and timely investigative operation. The process feels painstakingly long and drawn out giving a sense of time running out for the boys. One such process which brings home this disadvantage is when a telephone call needs tracing. Paper records are logged by each busy telephone switchboard operative. These details then need to be cross checked and referenced with at least two other telephone exchanges across the county. This, just one example of how our lives have changed with our immediate access to internet information and tracking technology and mobile phones, gives an authentic sense of time and place to the narrative.

There are some beautiful touching moments with Michael's bitter-sweet memories of his wife over the years interspersed throughout. It is obvious that he is still as much in love with her as he ever was and will do whatever he can to save her from her inevitable premature death.

Do not expect explanations for the source or cause of the illnesses, Burley only hints at the possibility of supernatural forces at play or even, more plausibly for modern times, chemical pollutants seeping in and poisoning the environment and its residents. As aforementioned this is the 1950's and a time where environmental issues are less likely to be considered, especially from a small town community heavily steeped in superstitious beliefs. Read, The Quiet Child' with the mind of someone of the era and you'll not be dissatisfied.

Incorporating a credible cast of characters, scenarios and stunning imagery of the area (well chiefly memories being invoked of vacationing in and around the stunning locations), with several twists and turns, The Quiet Child along with its disturbing conclusion, and final shocking twist was a tense, exciting read.

Perfect for fans of American small town historical drama and equally, due to the slight ambiguity of its genre, I think fans of Stephen King and Paul Tremblay would enjoy this one too.

Disclosure: I received an advanced digital copy of the book from TLC Book Tours and the publisher in order to take part in this tour.
Read more
Helpful
Comment Report abuse

L. J. Roberts
4.0 out of 5 stars A disturbing but very good read.
Reviewed in the United Kingdom on 15 August 2017
First Sentence: Michael McCray squinted into the low-hanging sun as he swung the liberty blue Mercury four-door into the Century Grocery parking log off Gas Point Road.

Danny and Sen McCray are 6- and 10-years-old respectively when they go to the market with their father, Michael. There have always been rumors about Danny, who doesn’t talk, being the cause of sickness in the town and to his own mother. When a man steals McCray’s car, with the boys inside, Sheriff Jim Kent ignores those who say the town may be better off with Danny and sets off to help find him

What a wonderfully deceptive story. There is an oppressive spirit to both the characters and—“Outside, the sun rose further in the sky, but despite the windows and open doorway, little of the light seemed to penetrate the dim interior. To Jim’s eye, there was no architectural reason for why this should be so, only that this was what he’d come to recognize as a waiting house: a homestead turned inward, sheltering its occupants from crisis or illness, attempting to protect them until the worse of it passed.”

One doesn’t realize how much technology has impacted even police work until faced with trying to trace a call in the 1950s. Burley makes even that information interesting.

Jim Kent, the retired plumber turned town sheriff, is such a good character with his determination to find the missing children. One wouldn’t mind seeing him again.

“The Quiet Child” is a story of to what superstition and desperation can lead. It is a disturbing but very good read.