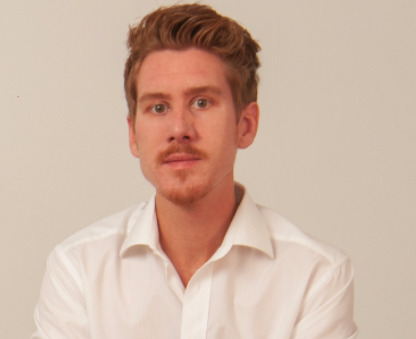 Fastest delivery: Saturday, Sep 26 Details
Note: This item is eligible for click and collect. Details
Pick up your parcel at a time and place that suits you. How to order to an Amazon Pickup Location? Learn more

There is a newer edition of this item:

"I bought the first version of this book, and now also the second. The new version is very comprehensive. If you are using Python - it's almost a reference. I also like the emphasis on neural networks (and TensorFlow) - which (in my view) is where the Python community is heading.

I am also planning to use this book in my teaching at Oxford University. The data pre-processing sections are also good. I found the sequence flow slightly unusual - but for an expert level audience, it's not a major issue."

Sebastian Raschka, author of the bestselling book, Python Machine Learning, has many years of experience with coding in Python, and he has given several seminars on the practical applications of data science, machine learning, and deep learning, including a machine learning tutorial at SciPy - the leading conference for scientific computing in Python. While Sebastian's academic research projects are mainly centered around problem-solving in computational biology, he loves to write and talk about data science, machine learning, and Python in general, and he is motivated to help people develop data-driven solutions without necessarily requiring a machine learning background. His work and contributions have recently been recognized by the departmental outstanding graduate student award 2016-2017, as well as the ACM Computing Reviews' Best of 2016 award. In his free time, Sebastian loves to contribute to open source projects, and the methods that he has implemented are now successfully used in machine learning competitions, such as Kaggle.

What's the key takeaway from your book

That machine learning can be useful in almost every problem domain. I cover a lot of different subfields of machine learning in my book; by providing hands-on examples for each one of those topics, my hope is that people can find inspiration for applying these fundamental techniques to drive their research or industrial applications.

Also, using well-developed and maintained open source software makes machine learning very accessible to a broad audience of experienced programmers, as well as people who are new to programming. And by introducing the basic mathematics behind machine learning, we can appreciate machine learning being more than just black box algorithms, giving readers an intuition of the capabilities but also limitations of machine learning, and how to apply those algorithms wisely.

Oh, where should I start. As time and the software world moved on after the first edition was released in September 2015, we decided to replace the introduction to deep learning via Theano. Don’t worry - we didn't remove it - but it got a substantial overhaul and is now based on TensorFlow, which has become a major player in my research toolbox since its release by Google in November 2015.

Along with the new introduction to deep learning using TensorFlow, the biggest additions to this new edition are three brand new chapters focusing on deep learning applications. In a similar vein to the rest of the book, these new chapters not only provide readers with practical instructions and examples, but also introduce the fundamental mathematics behind those concepts, which are an essential building block for understanding how deep learning works.

What makes this book stand out from other machine learning titles

I certainly can't speak about all books on the market. However, since the first edition was released, I engaged in countless discussions with my readers, to help them with particular questions and to get their opinion on the parts they found unclear or topics they wish I had covered.

The connection between theory and praxis in particular was what readers found most helpful and somewhat lacking from other introductory texts (which, I heard, were either too theoretical or too practical). This constructive feedback has been invaluable for the second edition, helping me to focus on those parts that were still left unclear.

In a nutshell, the second edition of Python Machine Learning provides a healthy mix of theory and practical examples that most people found so helpful in the first edition, and the second edition adds on top of it with many refinements and additional topics based on the large corpus of invaluable reader feedback.