<![endif]--> Skip to main content
The Poppy Girls (The Maitland Trilogy) and over 8 million other books are available for Amazon Kindle . Learn more
Share <Embed>
Have one to sell?
Sell on Amazon 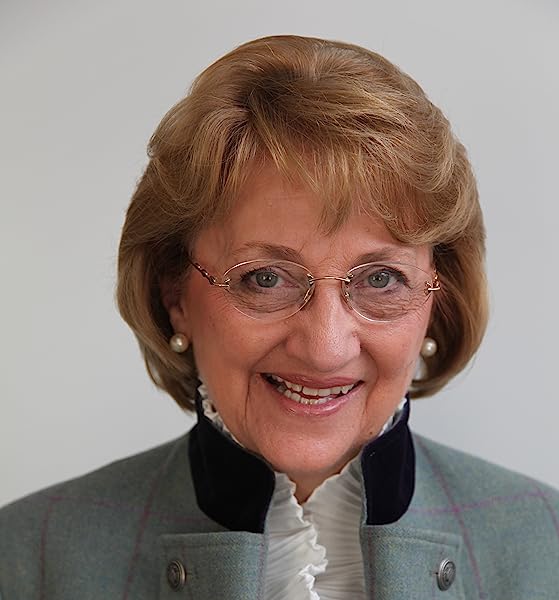 Start reading The Poppy Girls (The Maitland Trilogy) on your Kindle in under a minute.

An outstanding story of love, courage and family love . . . told by an author who knows how to touch your heart -- Mary Wood

The year is 1914, and with the onset of war, the future is uncertain. Pips Maitland is adamant on resisting her mother’s wishes that she settle down with a suitable husband and raise children. All she wants is to be a doctor like her father, and her brother, Robert. Hearing that her father’s friend, Dr John Hazelwood, is forming a flying ambulance corps to take to the front when war is declared, Pips is determined to become one of its nurses and asks Alice Dawson, her lady’s maid, to accompany her. Robert and fellow doctor, Giles Kendall, also agree to join.

Nothing could have prepared them for the horrific sights they encounter. Moving their unit close to the fighting to offer first aid to the casualties as quickly as possible puts them all in constant danger. But even amidst the sound of shelling and gunfire, and the long exhausting hours of tending the wounded and dying, love and friendships blossom – just like the poppies on the Flanders fields.

But will the home fires still burn, and can the relationships forged in such times survive one of the worst wars the world has ever seen . . . ?

‘A gripping saga full of heart-rending drama’ Yours

Born in Gainsborough, Lincolnshire, Margaret Dickinson moved to the coast at the age of seven and so began her love for the sea and the Lincolnshire landscape. Her ambition to be a writer began early and she had her first novel published at the age of twenty-five. This was followed by many further titles including Plough the Furrow, Sow the Seed and Reap the Harvest, which make up her Lincolnshire Fleethaven Trilogy. She is also the author of Fairfield Hall, Jenny's War and The Clippie Girls. Margaret is a Sunday Times Top Ten bestseller.
Read more

4.9 out of 5 stars
4.9 out of 5
142 customer ratings
How does Amazon calculate star ratings?
Amazon calculates a product’s star ratings based on a machine learned model instead of a raw data average. The model takes into account factors including the age of a rating, whether the ratings are from verified purchasers, and factors that establish reviewer trustworthiness.
Top Reviews

Gwendoline Brammall
5.0 out of 5 stars The Poppy Girls
Reviewed in the United Kingdom on 29 April 2018
Verified Purchase
Yes a lovely book enjoyed it very much couldn't put it down
Very moving especially when they all moved to Belgium
As Doctors Nurses and Stretcher Bearers. To help the war
Effort. The soldiers who were Injured and shot at lots killed
At Passiondale. .Oh how terrible it must have really been
For them all. So terrible lots of lives lost in battle.
So tragic. But the strived forward to the end.
Yes enjoyed this book good story about the family's
Going to war. Tragic that such families lost a lot of sons
During the years. Must have been so Heartbreaking for
The Parents. Back home.
Yes good story brought me to tears in some parts
Yes this should have five stars .Well written thank you
Margaret Dickinson.
Only part thought was bad was How the Germans could
Use such terrible threats of Mustard Gas .to there enemy us.
It was so bad. Glad we won the war that's the first world war too. That this book was about.
Thank you for a lovely read. Enjoyed this very much.

Lynne Birmingham
5.0 out of 5 stars Lynne Birmingham
Reviewed in the United Kingdom on 6 May 2018
Verified Purchase
I enjoyed this book. About the first world war and how the army suffered at Gore's and the battle of the Somme to name few .The story of Pip ,her brother Robert and her lady's maid A life-long with William her brother who all enrolled in a private ambulance to work abroad .William was a conchie who had been tarred and feathered by his own brothers by refusing to join the army to kill people. Instead he became a stretcher bearer at the front and was braver than them.
All the details of what they all went through were so realistic you felt as if you were there. A brilliant book
Read more
One person found this helpful
Helpful
Comment Report abuse

Kindle Customer
5.0 out of 5 stars Couldn't put it down!
Reviewed in the United Kingdom on 27 November 2018
Verified Purchase
Really enjoyed this book and will look forward to next year when the next book in the trilogy is out. Based during the First World war it tells the story of two families, one landed gentry and another who worked for them. The younger members of the family and staff decide to join in with a Flying Ambulance Corp and work very near to the front lines to help the wounded. I thoroughly recommend it.
Read more
One person found this helpful
Helpful
Comment Report abuse

History Geek
3.0 out of 5 stars Not my favourite I'm afraid..
Reviewed in the United Kingdom on 11 April 2018
Verified Purchase
I feel like a traitor marking one of Margaret Dickinson's books down as I've been a big fan of her fiction for years. However, this one was just not my cup of tea. Great War nursing is a real interest of mine and I just couldn't overlook the flaws in this novel and it spoiled my enjoyment somewhat. The characters are likeable enough but I just couldn't really care too much about any of them. I will stick with the trilogy but I do hope that it improves somewhat
Read more
Helpful
Comment Report abuse

Jo
5.0 out of 5 stars Great Read
Reviewed in the United Kingdom on 11 February 2018
Verified Purchase
Well another great read by Margaret Dickinson.
There was nothing I didn't enjoy in this story. Only trouble was I forced myself to stop reading in in bed, otherwise I would have read it all in one go. Looking forwards to book no2 in the series
Read more
2 people found this helpful
Helpful
Comment Report abuse

Stella Bowman
4.0 out of 5 stars Heartwarming story
Reviewed in the United Kingdom on 18 June 2019
Verified Purchase
An enjoyable book - am sure the information about the terrible conditions and loss of life during the first world war were factual - author obviously researched thoroughly. Am now enjoying the second of the three books.
Read more
Helpful
Comment Report abuse

Lorr3252
5.0 out of 5 stars WW1 brought to life
Reviewed in the United Kingdom on 5 February 2019
Verified Purchase
A bit slow at first but well worth sticking with. Gives a real insight into what the troops and medical staff went through in WW1. Brings the horror of war to life, the choices to be made and the consequences.
Read more
Helpful
Comment Report abuse

Gill Grey
4.0 out of 5 stars Compelling reading
Reviewed in the United Kingdom on 5 May 2020
Verified Purchase
A book for everyone. War, history & romance. Well written. You could feel the despair of the trenches, the tiredness of everyone. The love that won through.
Read more
Helpful
Comment Report abuse
See all reviews from the United Kingdom

Bookworm
3.0 out of 5 stars An OK Read.
Reviewed in the United States on 21 February 2018
Verified Purchase
I've dithered over a three or four star rating for this book and so have gone with my first reaction.
It's a very good read. There are lots of descriptions of battles and life in the trenches and the medical attention the soldiers received which is a part of it I really enjoyed.
However, it's the characters themselves I felt a bit let down by. I think we could have had a bit more about each of them. I felt it hard to get to know them. Philipa, or Pips as she was called, was just too good to be true for me. She could do everything and anything with expertise. Everyone, but everyone, loved her and thought she was wonderful, even the German soldiers in the enemy trenches. When something momentous happened to her in her relationship it was sorted in a page or two and then she just carried on. She irked me.
It just seemed to lack something, I can't put my finger on what but other readers loved it so maybe I'm just being picky.
William was my favorite character and I would have liked to have known more of his inner feelings and thoughts. He had a very tough time.
Still, anyone who loves stories set in WWI will enjoy it.
4 likes
Read more
Helpful
Sending feedback...
Thank you for your feedback.
Sorry, we failed to record your vote. Please try again
Report abuse