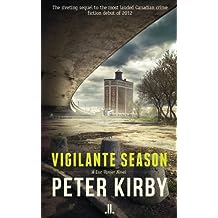 Vigilante Season (Luc Vanier Series, the Book 2) 12-Oct-2013
by Peter Kirby
( 7 )
£5.60
Inspector Luc Vanier is back, and Montreal's Hochelaga district is in the throes of gentrification. Its drug dealers and prostitutes are disappearing, and Vanier, investigating the brutal death of one, suspects the neighbourhood cleanup may involve murdering the unwanted. The local Police Commander sees only declining crime rates and his improving career prospects, and is willing to go easy on a local militia group that’s expanding its influence. When Vanier is suspended for brutality, he’s on his own. He continues to probe the dark side of progress, while struggling to help his son, just back from Afghanistan and crippled by PTSD. As the threats against him mount, Vanier fights to prove his innocence and discover who really controls the streets. Have the government and police stepped back to allow the militia to impose order? Is the militia the price of order when governments run out of money?
Read more
Other Formats: Paperback 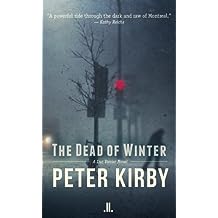 The Dead of Winter (Luc Vanier Novel Book 1) 12-Oct-2013
by Peter Kirby
( 16 )
£5.29
Inspector Luc Vanier is drinking his way through Christmas Eve when he is called out to investigage the murder of five homeless people. His investigation takes him into the backrooms of the Catholic Church, the boardrooms of Montreal’s business elite and the soup kitchens and back alleys of street life in winter.
Read more
Other Formats: Audible Audiobooks , Paperback