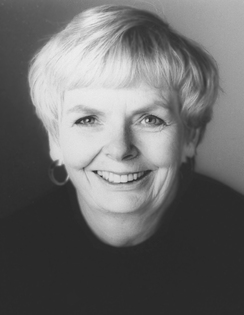 ‘I can think of few novels containing so much that is resonant and unforgettable, or that invite the reader to participate so fully and rewardingly. “The Stone Diaries” is a triumphant and important book and deserves a wide audience.’ Sunday Telegraph

‘Carol Shields is an exceptionally sympathetic and involving novelist.’ Independent on Sunday

‘It is wonderful. A treat.’ Joanna Trollope

Carol Shields’s novels include ‘Larry’s Party’ (1997), winner of the 1998 Orange Prize; ‘The Republic of Love’ (1992); ‘Happenstance’ (1991) and ‘Mary Swann’ (1990). ‘Dressing Up for the Carnival’, a bestselling collection of short stories, was published in 2000, and a previous collection, ‘Various Miracles’, was published in 1994. Born and brought up in Chicago, Carol Shields lived in Canada until her death in 2003. She was the Chancellor of the University of Winnipeg.

P. G. Harris
TOP 1000 REVIEWERVINE VOICE
5.0 out of 5 stars The meaning of a life
21 August 2015
Format: Kindle EditionVerified Purchase
The Stone Diaries is the story of a life in the twentieth century. To be specific it is the story of Daisy Goodwill, from her birth in 1906, during which her mother died, to her death in a nursing home in the last decade of the century.

In tone, to me, the closest parallel would be the works of Peter Carey, a family saga set against the backdrop of a young and growing country. The big differences would be, fairly obviously, that Carol Shields is a woman and Canadian.

This is not a huge, sprawling epic of extraordinary events and achievements. Even though Daisy's life covers most of, and is contained wholly within, the 20th century, the big historical events occur offstage, and have only peripheral impact on the central character's life.

To call this a small scale novel would, however, be to do it a disservice. Better words would be intricate and detailed. Shields takes Daisy through ten ages of woman, birth, childhood, marriage, love, motherhood, work, sorrow, ease, illness and decline, and death. At each stage she provides a touching portrait of an ordinary life, showing a deep understanding of the human condition.

This is not a romantic story, Daisy marries twice, but neither time is it the result of great passion. The first time, it is what is expected by society of a young woman, the second, an older Daisy, more in control, makes a very pragmatic choice about her own life. That is not to say that this is a dour, tragic or traumatic tale. Daisy's story is a happy one, which celebrates the beauty of an ordinary life.

The Stone Diaries is a book of strong symbolism, with its two main recurring themes being stone(unsurprisingly) and flowers. Stone is about solidity, permanence and remembrance, but it is also, stultifying, ossifying and entrapping. Flowers are Daisy's release, escape and freedom, and in the end as she declines she confuses her friends with flowers while she herself solidifies and returns to stone.

In summary, the Stone Diaries is a highly intelligent, insightful compassionate novel, but also very entertainingly and extremely easy to read.

J. Ang
4.0 out of 5 stars A Luminous Ordinary Life
19 January 2017
Format: PaperbackVerified Purchase
This novel won both the Governor General's Literary Award and the Pulitzer Prize, quite a feat in itself, and made possible by Shields's double citizenship in both Canada and USA.

It is an unusual narrative about the life of Daisy Goodwill, that is luminous in its ordinariness. Atwood's introduction sums it up best: "Human life is a mass of statistics only for statisticians: the rest of us live in a world of individuals, and most them are not prominent. Their joys, however, are fully joyful, and their griefs are real. It was the extraordinariness of ordinary people that was Shields's forte."

Daisy is a first-person narrator who refers to herself in the third person, possessing a kind of omniscience that is unusual but nonetheless successfully executed. The reader finds out she is a mistress of reinvention and she makes that the basis of her life story, wilful distorting and embellishing her account, even in its seemingly unspectacular linear sequence from her birth, her childhood, marriage and love (yes in that sequence), motherhood, and eventually death.

But it is only almost midway through her narrative that she makes these illuminating self-reflexive comments which strangely makes visible her sleight of hand: "Maybe now is the time to tell you that Daisy Goodwill has a little trouble with getting things straight; with the truth, that is." And she justifies her embellishments by relating to a more general truth about how we view our past: "Well, a childhood is what anyone wants to remember of it. It leaves behind no fossils, except perhaps in fiction. Which is why you want to take Daisy's representation of events with a grain of salt, a bushel of salt. She is not always reliable when it comes to the details of her life; much of what she has to say is speculative, exaggerated, wildly unlikely."

The momentous events leading up to her birth at the start of the novel is wilfully withheld in her telling, and she forestalls her narrative until she is sure the reader is kept fully under the suspense she has created. Daisy is a crafty autobiographer, and that is half the enjoyment, as the reader joins her in relishing her power over her narrative: "Still, hers is the only account there is, written on air, written with imagination's invisible ink."

Shields has opined in an interview appended at the end of the novel, presumably inspired by Gissing, that "Biography is subject to the warps and gasps of admiration or condemnation, but fiction respects the human trajectory". And by melding the two in her fictional biography of sorts, she has given order to fiction in an unexpected and refreshing way.
Read more
Helpful
Comment Report abuse
See all 45 customer reviews
Write a customer review

Go to Amazon.com to see all 225 reviews 3.8 out of 5 stars
Unlimited One-Day Delivery and more
Prime members enjoy fast & free shipping, unlimited streaming of movies and TV shows with Prime Video and many more exclusive benefits.
> Get Started