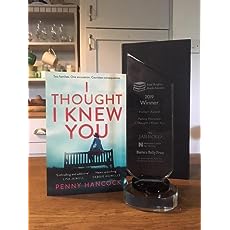 Follow to get new release updates, special offers (including promotional offers), and improved recommendations.
Penny Hancock's most recent novel I Thought I Knew You won the East Anglian Novel of the Year award 2019. The story of the impact on two families, especially the mothers, after a shocking allegation, it is set in a village in the Cambridgeshire fens and is Published by Mantle ( Pan Macmillan).
Penny's other novels are psychological fiction and include Tideline, (a Richard and Judy Summer read in 2012,) The Darkening Hour and A Trick of the Mind.
You can read more about them on her website, www.pennyhancock.com

Penny was born and grew up in South East London. She is an author and Royal Literary Fellow.
In addition to novels Penny has written on family in The Independent, The Guardian, Junior Magazine, Child Education, the Times Educational Supplement, amongst others. She is an award winning author of readers for Cambridge University Press English Readers series and author of a two level English language course 'Pebbles' for children.
She has two grown up daughters, a son and a granddaughter, and currently lives in a village outside Cambridge but is often to be found sleeping on the sofa in one of her daughter's flats in London, being a 'boomerang parent' !
Read more 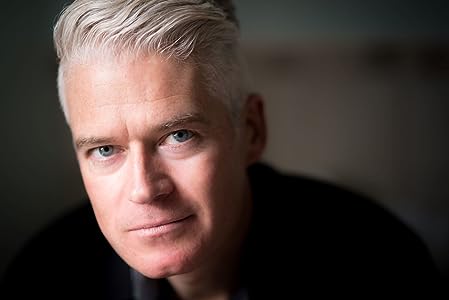 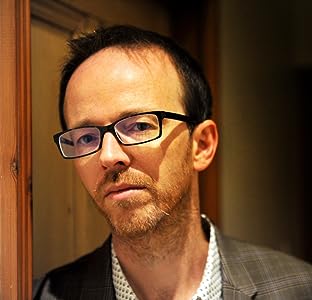 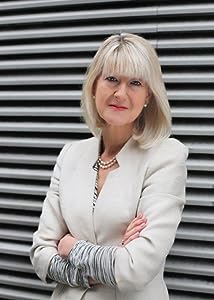 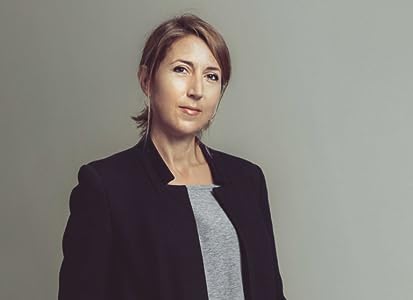 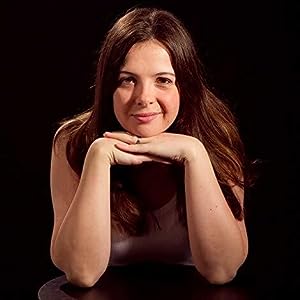 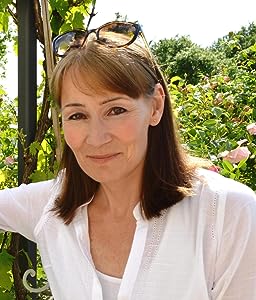 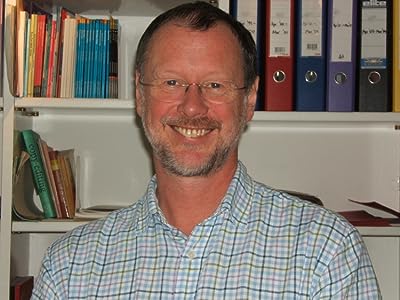 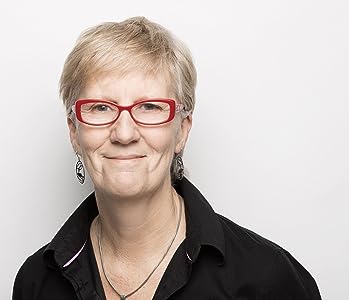 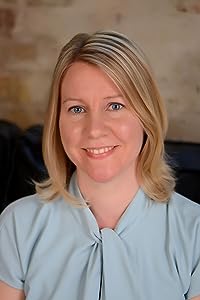 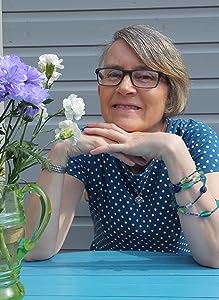 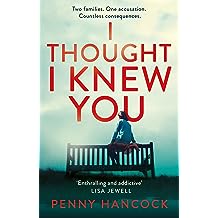 For fans of He Said/She Said and Anatomy of a Scandal, Penny Hancock’s I Thought I Knew You is about secrets and lies – and whose side you take when it really matters.

Who do you know better? Your oldest friend? Or your child?
And who should you believe when one accuses the other of an abhorrent crime?

Jules and Holly have been best friends since university. They tell each other everything, trading revelations and confessions, and sharing both the big moments and the small details of their lives: Holly is the only person who knows about Jules’s affair; Jules was there for Holly when her husband died. And their two children – just four years apart – have grown up together.

So when Jules’s daughter Saffie makes a rape allegation against Holly’s son Saul, neither woman is prepared for the devastating impact this will have on their friendship or their families.

Especially as Holly, in spite of her principles, refuses to believe her son is guilty. 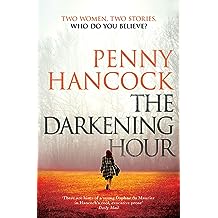 Two women, from completely different walks of life, forced by circumstances to live together under one roof.

Both women are at their wits' end, scared of losing the one thing that's most precious to them. So when tensions boil over, who will go to the most extreme lengths to survive?

Will it be Theodora, finally breaking under the pressure?

Or Mona, desperate to find a way out?

In a tale of modern day slavery and paranoia, two women tell their sides of the story. Who do you trust?

'Penny Hancock cranks up the tension in The Darkening Hours, so when a murder is committed we don't know who to believe. This thriller about a stressed-out radio presenter who demands more and more from her elderly father's put-upon carer is frighteningly plausible' Thriller of the Month, Good Housekeeping
Read more
Other Formats: Audible Audiobooks , Hardcover , Paperback , Audio CD 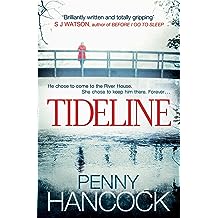 Tideline 05-Jan-2012
by Penny Hancock
( 145 )
£5.99
One winter's afternoon, voice coach Sonia opens the door of her beautiful riverside home to fifteen-year-old Jez, the nephew of a family friend. He's come to borrow some music. Sonia invites him in and soon decides that she isn't going to let him leave.

As Sonia's desire to keep Jez hidden and protected from the outside world becomes all the more overpowering, she is haunted by memories of an intense teenage relationship, which gradually reveal a terrifying truth. The River House, Sonia's home since childhood, holds secrets within its walls. And outside, on the shores of the Thames, new ones are coming in on the tide ...

From the acclaimed author of The Darkening Hour, A Trick of the Mindand the forthcoming AStranger in my House.
Read more
Other Formats: Audible Audiobooks , Hardcover , Paperback , Audio CD 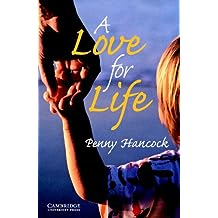 Modern, original fiction for learners of English. In Cambridge, Fanella bravely faces the challenge of adopting a child alone after her partner leaves her. Fanella and five-year-old Ellie get off to a rocky start, but Fanella patiently steers their relationship on to more solid ground. Meanwhile, her relationship with Rod, Ellie's teacher and a married man, is a little more complicated. 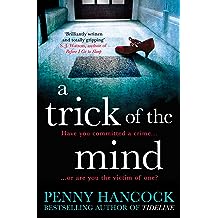 Have you committed a crime ... or are you the victim of one?

Driving down to the cottage in Southwold she's newly inherited from her Aunty May, Ellie senses she is on the edge of something new. The life she's always dreamed of living as a successful artist seems as though it is about to begin. So excited is she that she barely notices when the car bumps against something on the road.

That evening Ellie hears a news flash on the radio. A man was seriously injured in a hit and run on the very road she was driving down that evening. Then Ellie remembers the thump she heard. Could she have been responsible for putting a man in hospital? Unable to hold the doubts at bay, she decides to visit the victim to lay her mind to rest, little knowing that the consequences of this decision will change her life forever.

From the acclaimed author of Tideline, The Darkening Hourand the forthcoming AStranger in my House.
Read more
Other Formats: Audible Audiobooks , Hardcover , Paperback 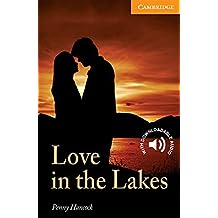 Love in the Lakes Level 4 Intermediate (Cambridge English Readers) 21-Apr-2008
by Penny Hancock
( 40 )
£4.00 £9.17
Award-winning original fiction for learners of English. At seven levels, from Starter to Advanced, this impressive selection of carefully graded readers offers exciting reading for every student's capabilities. On holiday in the Lake District with her new jet-skiing boyfriend, Nick, Laura meets the local vet, Robert. Robert dislikes both Laura and Nick on sight. However, Laura soon discovers why Robert hates people from the city. Slowly Laura and Robert get to know each other better, and she soon has to make a choice: Nick or Robert? Paperback-only version.
Read more
Other Formats: Paperback 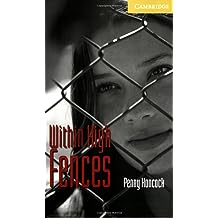 Modern, original fiction for learners of English.  Nancy is a security guard at a detention centre for asylum seekers and refugees who have come to Britain to escape persecution in their own countries. Nancy thinks she has everything: a comfortable house, nice furniture, a boyfriend and a beautiful Rolex watch. Then she falls in love with George, an asylum seeker who has nothing, and her world changes completely. 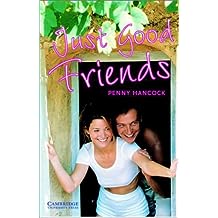 Modern, original fiction for learners of English. It's Stephany and Max's first holiday together in Italy and they are staying at the flat of Stephany's friend, Carlos. Max is a little jealous of Carlos and Carlos's wife is certainly not happy to see Stephany. It becomes clear that there is more between Stephany and Carlos than just friendship and the tension rises between the two couples. As Max discovers more about Stephany's past, he begins to wonder if he really knows her at all.