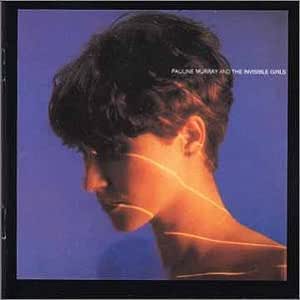 4.1 out of 5 stars
4.1 out of 5
23 customer ratings
How does Amazon calculate star ratings?
Amazon calculates a product’s star ratings based on a machine learned model instead of a raw data average. The model takes into account factors including the age of a rating, whether the ratings are from verified purchasers, and factors that establish reviewer trustworthiness.
Top Reviews

Melvoid
4.0 out of 5 stars Thundertunes calling calling.
Reviewed in the United Kingdom on 7 October 2014
Verified Purchase
Been waiting forever for this as I did not know of or never saw the previous release, all I could do was wistfully look at my original vinyl copy so I am just happy to be able to listen to this great album again.
But I have to agree with other reviews in that I was also expecting a better overall sound quality from a new remaster, also Martins memory deserves better, its not such a problem with the Live cd as its Live so what do you want?
Just happy to listen to these excellent tunes again so 4 stars for releasing it and good packaging (the instrumental cd would have been a nice bonus option).
Always surprised no one has ever to my knowledge covered any of these tunes though some would say that would be sacrilege I guess.
So overall im happy (until we get a properly remastered 3 cd set for total completionists) these songs deserve to soar and I have to agree at the moment it all sounds a bit muted and muffled, though still better than no cd at all.

James Tobiasen
5.0 out of 5 stars Its Factory, Jim, but not as we know it
Reviewed in the United Kingdom on 5 July 2006
Verified Purchase
Pauline Murray emerged with Penetration in the white heat summer of Punk. After Penetration's demise Murray teamed up with Salford punk-poet John Cooper Clarke's occasional backing band The Invisible Girls and, guided by the production skills of Martin Hannet (who himself was one of the Invisible Girls), set about recording what, for me, is one of the finest pop albums to emerge from the post-punk era. This record sounds like one of the very best albums the Factory label never released (it originally appeared on the RSO label) - but with Hannet at the controls it was bound to have a Factory feel. But where it differs from the standard Factory fayre (if there is such a thing) it is that there is a definite pop sensibility running throughout the album. Dream Sequence, all breathy vocals and majestic keyboard swirls is like no song that Factory ever released but it still somehow manages to sound like a Factory single from start to finish - maybe its the production, doomy and dense but managing, within the tangled web, to allow breathing space. The catchiness of the mostly upbeat melodies never quite manages to let the listener escape the feeling of dread and foreboding - altogether an unsettling and strange experience.

The album sank without trace on release despite being warmly received. It also has one of the best album covers you will see anywhere - beautifully designed by Peter Saville (another Factory link). The version of the sleeve used on the CD is a much reduced and less impactful version than that on the original vinyl album - seek out the vinyl version if you can.

It is a great pity that this album is out of print in any format at the moment (2006), so if you see it, in any format, buy it, listen to it, love it, make it feel wanted. It deserves it. I submit reviews to Amazon fairly regularly and it is very rare that I give anything other than a 4 star rating. This is a lost classic that deserves the best rating available.

coxy
5.0 out of 5 stars An excellent listen
Reviewed in the United Kingdom on 2 December 2015
Verified Purchase
I bought this album after seeing Pauline Murray at Manchester Apollo in 1980. It is great to see it back on sale & enjoy Martin Hannett's production, a timeless experience.
Read more
Helpful
Comment Report abuse

Jules
2.0 out of 5 stars The CD plays like faulty vinyl
Reviewed in the United Kingdom on 15 December 2014
Verified Purchase
The CD plays like faulty vinyl. Really disappointing. I don't remember the original sounding like this. Maybe it's my CD player. Doesn't take anything away from the shining brilliance that is Pauline Murray though.
Read more
One person found this helpful
Helpful
Comment Report abuse

AllyBallyB
4.0 out of 5 stars Glad I got it
Reviewed in the United Kingdom on 24 November 2012
Verified Purchase
Really glad I got this. Good memories. Havent played it yet. Cover a bit rough but that should be expected.
Read more
Helpful
Comment Report abuse