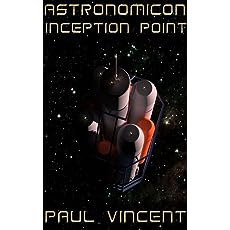 Follow to get new release updates, special offers (including promotional offers), and improved recommendations.
Paul Vincent was born in Stratford-upon-Avon (UK) in the early 70s. Due to his parents' careers, he grew up in a variety of places around Worcestershire, completing his school education in Worcester itself.

His choice of university took him to Cardiff, Wales, to study Computer Science. He has lived in Cardiff ever since, moving to several locations around the Welsh Capital city. He has been married for almost two decades with three children, two of which are now in secondary school (Which leaves him feeling very old!).

Paul has been writing creatively ever since school, writing his first (and now long lost) full novel in his late teens. Although his career path has never followed anything remotely like a literary theme, he has been writing as a hobby continuously. His career has been rooted in computers and related technology, from programming fruit machines to his current position working as a web developer. So far that has all proved to be useful life experience for writing fiction, especially his main interest which is science fiction.

The Astronomicon series of books is based on an idea he had back in 1998. It developed over the next three years until in 2001 he began to write the first draft of some of the key story passages. The first book, "The Voyage of the Elysian", was originally envisioned as a stand-alone story, unrelated to the Astronomicon concept, but part way through writing it became apparent that it fitted perfectly with the Astronomicon scenario. Better still it would give a nice introduction to the Astronomicon universe.

After some minor plot modifications and a rewrite of the political scene behind the events affecting the Elysian's mission, Voyage of the Elysian became the introductory book of the series. It not only sets the scene for the later books but also gives a good grounding in the level of technology that humans enjoy. This is most certainly not the universe described in Star Trek!

Each novel tells the next important step of Earth's development into the future, combining to become a true science-fiction epic. They chart the events which change human opinion of our place in the universe, that make us realise that being human is so much more important than patriotism to any individual country.
Read more 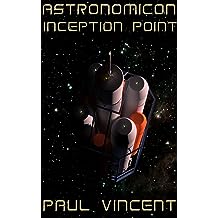 Three spacecraft, 240 colonists, 25 trillion miles and a discovery that will change everything.

The start of the Astronomicon science fiction series, charting the human race's first faltering steps to another star. Chris Sergov, Commander of the Elysian, leads a colonisation mission to Proxima Centauri. After the landing goes badly wrong, the survivors must race to location their vital supplies and equipment that are scattered across the surface of the alien planet. They soon discover that the harsh conditions are not all that stand between them and survival. A chance discovery on their new home planet becomes the strongest evidence yet that mankind is not alone in the cosmos. Meanwhile, political changes happening back on Earth threaten to put an end to space exploration and the outer planets mining operations. Who will win in a standoff between the Jovian miners and Earth's military? 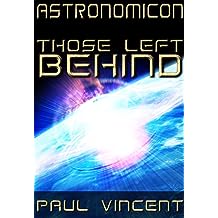 In the face of imminent annihilation, a population makes a last stand against insurmountable odds.

Astronomicon: Those Left Behind is the epic account of the deadly invasion of the Eridani homeworld. Caught up in the mayhem and destruction, an ordinary man strives to save his children. Their only chance is infiltrating a secret evacuation fleet for the elite, but first he must ensure that fleet escapes without detection.

Classic science fiction that will appeal to fans of Arthur C. Clarke: This 3rd volume in the epic Astronomicon series is the story of the Eridani people's last stand, their attempts to foil an alien enemy's intention to wipe them from existence and a mystery that runs deeper than any of them suspect. 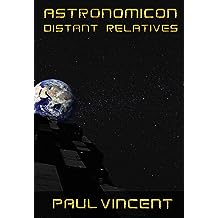 This second novel in the astronomicon sci-fi series marks an exciting expansion of the scenario and gives us a taste of Mars Colony 1.

Are the people of Earth ready for the indisputable discovery that we really are not alone in the universe?
Read more 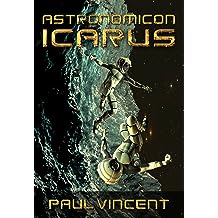 While working in the Trojan asteroid cloud, independent mining vessel Icarus picks up a distress call from a vessel stranded deep within the cloud. Risking a catastrophic collision, they board the mystery prototype vessel and attempt to rescue the crew. Meanwhile another vessel, from Earth, is coming to deal with the heavily damaged prototype, but with a conflicting agenda. After unwittingly discovering the bizarre secret of the prototype vessel, the crew of the Icarus end up fighting for their very survival against a superior and unexpected enemy.

This stand-alone addition to the Astronomicon universe will appeal to fans of Science Fiction and Thrillers alike.
Read more 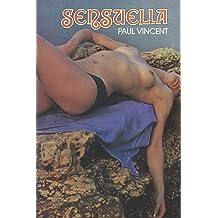