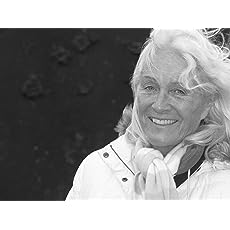 Follow to get new release updates, special offers (including promotional offers), and improved recommendations.
Pat Garwood was born in Devon in 1941. She is best known as a television, film and stage actress, first appearing in 'The Lavender Hill Mob' at the age of nine.
She met her husband, the award-winning playwright Jeremy Paul while she was playing Wendy in Peter Pan at the Scala Theatre in London. It was love at first sight and they were married for 50 wonderfully happy years, until his death in 2011. She has four daughters and ten grandchildren, and now lives by the sea in Dorset.
In her forties she began to get the urge to write and started to map out the ideas and plots for two books: the intriguing historical 'Keyne Island', (which was prompted by a vivid dream) and the soon to be published 'Walnuts', a contemporary tale following the lives and loves of the families and folk who live in Princeton Road. However, with her successful acting career and bringing up four children, it wasn't until 2014 that she came back to them. The process of re-working both novels has re-kindled her passion for writing, kept on hold for so many years. She is currently planning her third novel, set in the near future.
Read more 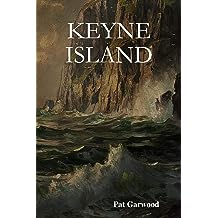 Keyne Island 21-Feb-2015
by Pat Garwood
( 14 )
£3.60 £11.50
On a remote island off Cornwall, a man persuades his illegitimate son to masquerade as his half-sister in order to get their hands on her inheritance. The story revolves around the effect this has on the boy and how it leads him to a bold exploration of his sexuality in the context of a repressed Victorian society, and the repercussions that follow for all who cross his path ...
Read more
Other Formats: Hardcover , Paperback 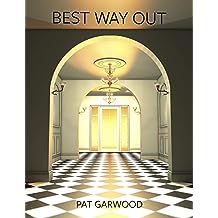 Best Way Out 31-Oct-2016
by Pat Garwood
( 2 )
£3.60
Best Way Out imagines a future where assisted death is a legal right for anyone over seventy-five.In South West London, Dr Alan Fordyke welcomes six guests who have chosen to end their days in style and comfort at Leeway Lodge, the clinic he has worked so hard to establish. Childhood memories, past loves and losses, triumphs and challenges, are interwoven into the events of their last evening. The tension is electric, as we approach the inevitable moment of truth, with anticipation, relief and even a sense of excitement.

This refreshing new take on the right to choose when we die, is uplifting and optimistic.

Will they all have the courage to go through with it when the crunch comes?
Read more
Other Formats: Hardcover , Paperback 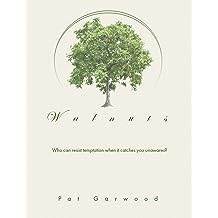 Walnuts 04-Oct-2015
by Pat Garwood
( 6 )
£3.60
Walnuts is a modern-day tale of love and families set on the outskirts of London. It follows the day-to-day lives of the people who live in Princeton Road. We enter the thoughts of Eileen and Keith, who have just moved in to no. 43 with their children; of old Mrs Anderson who lives in the upstairs flat at no. 34 above Ian, who lives alone after his painful divorce. Jane and Tom and family are at no. 51, and childless Penny and Michael complete the line up at no.40.

We are drawn in to their lives and dreams, as some are caught out by extra-marital temptation; others deal with the death of loved ones; and we share the tender moments of a first sexual encounter. All this alongside the run up to a production of Oh What a Lovely War.

We move from one character to another, learning their inner secrets as we see the world from their point of view, discovering their memories good and bad, and their current battles and triumphs. Within a few chapters it’s as if we live in Princeton Road ourselves!
Read more
Other Formats: Hardcover , Paperback