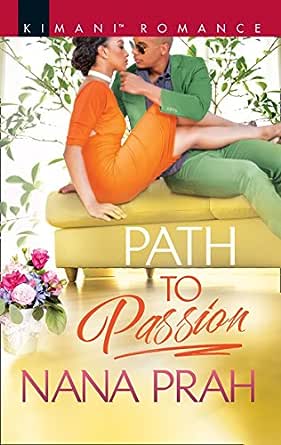 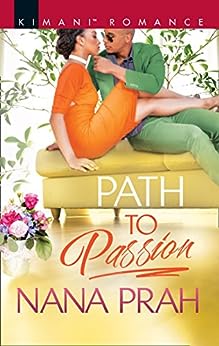 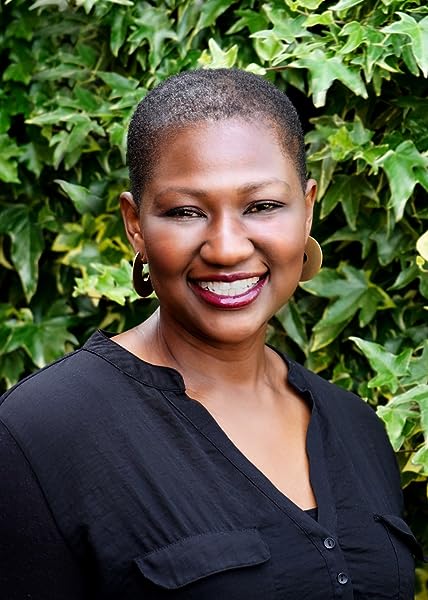 Page 1 of 1 Start overPage 1 of 1
This shopping feature will continue to load items when the Enter key is pressed. In order to navigate out of this carousel please use your heading shortcut key to navigate to the next or previous heading.
Back
Next
Amazon Business : For business-exclusive pricing, quantity discounts and downloadable VAT invoices. Create a free account
Also check our best rated Romance Book reviews

Nana Prah first discovered romance in a book from her eighth grade summer reading list and has been obsessed with it ever since. Her fascination with love inspired her to write in her favorite genre where happily-ever-after is the rule. Her books are sweet with a touch of spice. When she's not writing she's over-indulging in chocolate and enjoying life with friends and family. --This text refers to the mass_market edition.

4.6 out of 5 stars
4.6 out of 5
9 customer ratings
How does Amazon calculate star ratings?
Amazon calculates a product’s star ratings based on a machine learned model instead of a raw data average. The model takes into account factors including the age of a rating, whether the ratings are from verified purchasers, and factors that establish reviewer trustworthiness.
Top Reviews

ReaderLoves
5.0 out of 5 stars Captivating
Reviewed in the United Kingdom on 9 August 2018
This is an exciting and captivating read for fans of classic romance. I couldn't stop turning the pages on this second chance romance about Miguel and Tanya and looking to see how they would work out the heartache surrounding their past.

Reviewed by Maya
I volunteered to review this book

Adwoa
4.0 out of 5 stars Sweet romance, sizzling passion
Reviewed in the United States on 15 April 2020
Verified Purchase
Path to Passion isn't quite a second chance romance as the main characters never dated before. However, it's clear from the start that they liked each other back in college and neither got over their falling out. Miguel's anxiety while waiting to see Tanya again for the first time in years is funny.

Recently divorced Tanya only wants Miguel's marketing expertise to save the fledgling business she inherited after the divorce. The fact that he's grown into an even better man than the one she knew all those years ago doesn't help. As they work together, falling back in love is inevitable.

The heroine wasn't exactly what I expected from Nana Prah. Yes, she was competent and stubborn, but she did some typical romance heroine things that made me roll me eyes. I got frustrated with her as she kept going back to the same fears and arguments. It felt repetitive (like, are back to this? Really?), though intellectually I understood her issues.

I liked Miguel's honesty, owning up to who he was back in college and who he'd become. His reason for breaking her heart in the past was explained satisfactorily.

The romance was sweet, their passion sizzled, and I was happy to root for their happy ending.

This is book 2 in the Astacios series, and it was really nice to see the main characters from book 1 make an appearance. The hero of book 3 is also introduced, and I look forward to his story.

Felicia Denise
5.0 out of 5 stars Path to Passion!
Reviewed in the United States on 8 August 2018
Verified Purchase
Miguel Astacio gets a chance to correct a mistake he made ten years ago.

Afraid of losing his treasured friendship with Josh Carrington, Miguel rejected Josh’s sister, Tanya, after she professed her love for him.

The saddest part? He was in love with her too.

Miguel is working on it. He’d already realized he needed a change in his life, and a shot at a key position in his father’s company motivates the former tabloid party-boy to change his ways.

Women mature faster than men, so being two years older than Miguel gives the conservative Tanya the advantage in the wise and mature department, right? Whatever. The woman is dragging more luggage behind her than a porter at LaGuardia. Not only is Miguel’s rejection still foremost in her mind, but poor Tanya is also still smarting from an ugly divorce from Broderick who left her for another man.

These two are thrown together when Tanya needs Miguel’s business acumen to save her floundering nightclub.

It’s more than obvious from page one these two never got over each other, yet, they’re each convinced they would never work as a couple and attempt to find a meeting of the minds to work together to save Tanya’s club.

Miguel is the first to give up the pretense. Tanya is what’s been missing from his life since he walked away ten years and he’s not walking away again. He’ll find a way to convince her and work things out with Josh.

Brother Josh provided much-needed insight into past events, and I was like, “YAAY! She needed to hear that! On to Miguel/Tanya-time!”

But no, Tanya needed more.

After a couple of false starts, Miguel owned his mistakes… more than once.

And I get it. Tanya was overweight in college and had convinced herself—and is still telling herself—her weight was the reason Miguel rejected her. Even though she’s learned the truth from more than one source.

But she is no longer overweight, thanks to the stress of her marriage to Broderick falling apart. Yet, the woman still sees herself as this lumbering behemoth that cannot get out of her own way. She’s 5’7” and a size 12. Shut up, Tanya.

However, I gave her pass. Distorted body image can stay with some people for a lifetime.

But Ms. Tanya isn’t done with me.

She and Miguel have had no contact since… that night. All Tanya knows about Miguel she got from red carpet events on television and the tabloids. The endless parade of women and hard partying of the youngest Astacio is not a good look. Miguel was no angel and admits to it, but I thought it unfair for Tanya to base her opinions on tabloid media. But that was my issue.

Miguel’s persistence pays off though and Tanya gives in – YAAY, they’re a couple! True love wins until it doesn’t.

Tanya is betrayed by someone she trusted and ends up a victim of the same tabloids she judged Miguel by.

Now, this isn’t a good thing and Miguel rushes to protect Tanya from the hateful and humiliating things written about her. But, it’s kind of a good thing because she gets a front row seat at how the media distorts the truth and how ugly they can be. This should lead her to think maybe all those things she read about Miguel weren’t true either, right? It’s a time for solidarity and pulling together, right?

No. Tanya Carrington believes what she reads… again. I didn’t just want to fling my Kindle, I wanted to fling it at Tanya. Sheesh…

Fortunately for her, she’s surrounded by people who love her and have no problem telling her when she’s wrong.

And when Miguel takes Roland’s advice on a big gesture, he goes big as only an Astacio can.

Not everyone flings Kindles or yells at fictional characters (like me), but to me, that’s a sign of a well-written read that pulls you right into the story. Path to Passion is a journey with a bit of mystery and suspense, some snarky humor and smexy times all wrapped up in heartfelt romance. I highly recommend it.

Debbie Christiana - CURIOSITIES
5.0 out of 5 stars Classic Nana Prah
Reviewed in the United States on 27 January 2019
Verified Purchase
Path to Passion (The Astacios Book 2) has everything fans of Nana Prah have come to expect. Sassy, strong yet vulnerable strong female characters and the men who enter their lives only to meet their match. In this case, Miguel had met and fallen in love with Tanya 10 years earlier, lost her, and now has a 2nd chance.

The background setting, in a nightclub having problems keeping its head above water, is a different, unique twist that adds to the tension that brings Tanya and Miguel together.

A must read for true romance readers. You won't be disappointed.
Read more
Helpful
Sending feedback...
Thank you for your feedback.
Sorry, we failed to record your vote. Please try again
Report abuse

Geri Evans
5.0 out of 5 stars Second Chances
Reviewed in the United States on 12 August 2018
Verified Purchase
Ten years of unrequited love by both Tanya and Miguel brings them back for a second chance to get it together, albeit a lot of struggle from Tanya! So glad Miguel never gave up! Ready to see what's going to happen with "Nardo!" 💜
Read more
Helpful
Sending feedback...
Thank you for your feedback.
Sorry, we failed to record your vote. Please try again
Report abuse

Lorraine Darrell
5.0 out of 5 stars Chanting for More Series
Reviewed in the United States on 15 August 2018
Verified Purchase
Loved all area were pulled together, but I would like to read more on Josh’s relationship and the outcome. More....
Read more
Helpful
Sending feedback...
Thank you for your feedback.
Sorry, we failed to record your vote. Please try again
Report abuse
Load more international reviews

Carol A. Edwards
4.0 out of 5 stars A family like no other
Reviewed in the United States on 26 August 2018
Verified Purchase
Well writtfen with believable characters and situations
Read more
Helpful
Sending feedback...
Thank you for your feedback.
Sorry, we failed to record your vote. Please try again
Report abuse