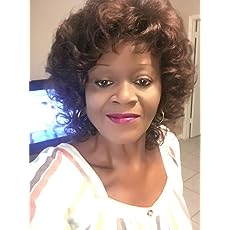 Follow to get new release updates, special offers (including promotional offers), and improved recommendations.
Pamela Wootton is an African-born British novelist with three grown-up children; two girls and a boy. She spent most of her adult life in the United Kingdom where she met her current husband, Barry. Pamela and Barry eventually moved to Spain after she took early retirement from a banking role due to illness. Her dream was always to write novels, but until her retirement, a dream was all it was. Her first crime novel ' His Perfect Woman' is currently on sale and available for purchase on amazon.com website. Her second and third novels titled ' The Outrage, and Deadly Desires have also recently been published and available for purchase on Amazon too. She is, at the moment, putting finishing touches to her fourth Crime-Thriller, 'Cast The First Stone', which she hopes, will be published in the near future 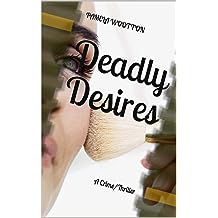 Deadly Desires: A Crime/Thriller 01-Mar-2019
by Pamela Wootton
£2.26 £12.06
Penny Manson is a beautiful, intelligent and successful businesswoman. Marina Jacobs is mysterious, gorgeous, and irresistible to men. She is also totally addicted to one night stands. Unfortunately for Marina, like the black widow, her bedmates seem to die afterward. Who is killing them and who exactly is Marina Jacobs? Deadly Desires is a fast-moving, page-turning thriller that would make you think twice before indulging in mind-blowing sex with one of the most stunning women you've ever met.
Read more
Other Formats: Paperback 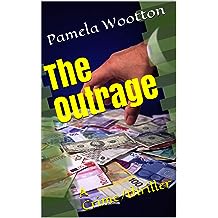 The Outrage: A Crime/thriller 01-Mar-2019
by Pamela Wootton
£2.26 £13.05
Tony Norbert, the new operations chief of the London based Intelligent Services, MI8, temporary leaves his desk job to mount a rescue mission with his elite team of field agents of a close friend and husband to one team member, Martin Thompson, who, with two co-workers has been kidnapped from an oil rig off the coast of Malanga, an oil-rich country in West Africa and taken to a hideout in the mangrove swamps . Can the team deliver on time and escape the African jungle or end up on the dinner plates of the various predatory creatures of the world's most feared jungle?

The Outrage..... Is a fast-moving, page-turning thriller of greed, danger, kidnapping, and murder with a large sprinkle of corruption that will keep you on the edge of your seat.
Read more
Other Formats: Paperback 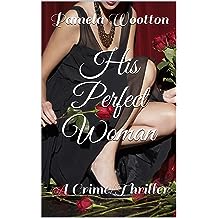 His Perfect Woman: A Crime/Thriller 15-Aug-2018
by Pamela Wootton
£3.14 £11.01
Tony Norbert, handsome field agent of the London based Intelligent services MI8, rushes to Mexico City in responds to a desperate plea for help from colleague and love interest, Lolo Huber. Her life is in imminent danger from assassins sent by the boss of the American counterpart based in Washingtin DC.

Whilst in Mexico, Tony runs into an old flame, Nora, who in the midst of deep depression, enlists the assistance of a paid hit-man to terminate her life.

Tony returns to London leaving two violent deaths in his wake only to discover that his boss, Derek Johnson, is in police custody for the suspected murder of the American based boss, Chris who was mysteriously found dead in Derek's country home.

Will Tony succeed in his race against time to solve the murder and bring the real killer to justice in exchange for the life of his perfect woman or will everything he holds dear come crashing down on him?

His perfect woman is a fast- paced edge-of-your-seat thriller that is full Suspence, murder, lust with a large sprinkle of romance as the hunt unfolds in a medley of deceit and disguise, the story unraveling in a series of unexpected twists and turns.
Read more
Other Formats: Paperback