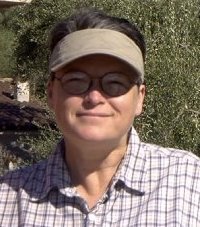 by Dr. J R Pournelle (Author)
3.3 out of 5 stars 263 ratings
Book 3 of 3 in the Mote Series
See all formats and editions Hide other formats and editions
Note: This item is eligible for click and collect. Details
Pick up your parcel at a time and place that suits you. How to order to an Amazon Pickup Location? Learn more
Read more Read less
click to open popover

Start reading Outies (Mote Series Book 3) on your Kindle in under a minute.

What's On My Bookshelf

Jennifer R. Pournelle is an archaeologist and anthropologist who reconstructs the landscapes that surrounded ancient cities. Her work in Turkey, Iraq, and the Caucasus has been featured in Science magazine, The New York Times, and on The Discovery Channel, PBS/NOVA, and National Geographic Television. In a former life, she received numerous decorations for service as a United States Army officer and arms control negotiator, and directed reconstruction work in Iraq as a civilian. Pournelle won the South Carolina Poetry Initiative Book Prize for Excavations, A City Cycle.

3.3 out of 5 stars
3.3 out of 5
263 global ratings
How are ratings calculated?
To calculate the overall star rating and percentage breakdown by star, we don’t use a simple average. Instead, our system considers things like how recent a review is and if the reviewer bought the item on Amazon. It also analyses reviews to verify trustworthiness.
Top reviews

Grant Hutchison
3.0 out of 5 stars The "Unexpected Sequel"
Reviewed in the United Kingdom on 26 August 2011
Verified Purchase
"Outies" is a direct sequel to the two Moties novels by Larry Niven and Jerry Pournelle: "The Mote In God's Eye" and "The Moat Around Murcheson's Eye" ("The Gripping Hand" in the USA). Towards the end, it also turns into a sequel to Jerry Pournelle's "King David's Spaceship".
J.R. Pournelle is Jennifer Pournelle, daughter of the aforementioned Jerry. Father and daughter are evidently smart folk, to judge from their writing and from interviews. One wonders, then, why they thought it was a good idea for Pournelle père to write an effusively appreciative cover blurb for this book. And one presumes that they were able to spot that the dedication ("For my father. It's his world, we just try our best to live in it ...") pretty much demands that the reader worry about whether some real-world subtext underlies the obvious reference to the story setting. What's that all about?
"Outies" in set mainly on New Utah, a planet that popped up on the periphery of "Moat Around ..."/"Gripping Hand", but which is now developed in some detail, building on plot elements in the previous book. We meet a couple of people from the previous novels, notably Renner and Blaine, but they don't quite ring true to their previous character. "Outies" introduces a new and interesting protagonist, however, in the world-weary form of Asach Quinn, who is the point-of-view character for a large part of the book. This introduces a writing challenge, because Quinn is both biologically sexless and socially genderless: the entire novel manages to avoid the use of gender-specific pronouns in reference to Quinn. A variety of tricks are used to keep this conceit below the narrative radar, and they're done very well; only occasionally does a phrase seem awkwardly constructed as it weaves around to avoid assigning Quinn a gender. It's a pity, then, that the same effort wasn't applied to weeding out spelling mistakes and a recurring problems with apostrophes. New Brookland Press seems to be a very small publisher (it has apparently produced only this book so far), and I guess that an experienced sub-editor wasn't on hand to rectify this basic sort of stuff. Another typographical distraction is the rendering of the Motie word "Fyunch(click)" from the previous two novels as "Fyunch≠" in this story. Those who know their phonetic alphabet well (or who can read some of the Khoisan click languages) will recognize that not-equal-to sign as representing a palatal click - but I suspect many will find the change more confusing than edifying.
The genderless Quinn seems to be in the story in order to strike a chord with the genderless Moties; but this aspect of the story, when Quinn and Moties finally meet, seems rushed and muddled. It's not really clear how or why an absence of gender would call strongly across the barriers of incomprehension separating alien species - it's rather like suggesting that I should find it easier to relate to a male (rather than a female) octopus.
The occasional use of Moties as point-of-view characters seems like a mistake, especially when Warriors are used in this way. One strength of the previous novels was the *alienness* of the Moties; in this novel, the point-of-view writing makes them come across as mildly eccentric humans. That aside, there's a lot of nice observational writing that's pleasant to read. The description of the dislocating unease that comes from living in a town in the grip of civil insurrection is particularly well done. The book is a mild-mannered hybrid (or perhaps chimera) of political thriller and first-contact SF.
Overall, this is not one to read unless you have the first two Moties novels under your belt, and are interested in seeing a new and quite different take on that old theme.

Amazon Customer
4.0 out of 5 stars Unusuall yintelligent if imperfect SF
Reviewed in the United Kingdom on 7 February 2014
Verified Purchase
This is an odd book in that its weak points are so obvious and universal, but its strengths won't appeal to every SF reader.

The main weak point is that JRP is writing an awfully ambitious first novel and does sometimes let the narrative slip out of hand and become confusing. She doesn't remind you who people are, writes the occasional piece of obscure dialogue, and has the awful habit of flicking between narrative strands that are moving at very different rates - A does stuff, you to to stuff B is doing and several days have gone by, she returns to A - **and only half an hour has gone by.** So you're never quite sure how pieces fit together and what can feasibly happen at any one moment as narrative strands come together.

But if you're the right person, you'll happily forgive the book if anything its occasional failings for being a genuinely intelligent and well-informed novel. JRP's Moties are much are more believable and inventive than her father's, and so are her people. She also has terrific insight into what it is like to be a foreigner travelling through a country in chaos - I wasn't surprised at all to find a thank you note at the back of the book to the security teams she'd worked with in Iraq. Intelligent SF novels are very rare indeed these days; if you'd rather read one than a "Nanotech vs zombies!" thriller than this is your opportunity.
Read more
4 people found this helpful
Helpful
Comment Report abuse

ProcessGolem
3.0 out of 5 stars A plot Revealed
Reviewed in the United Kingdom on 12 May 2011
Verified Purchase
I bought the kindle edition,solid sniff-able pages were not available when I ordered,so far I've found one spelling mistake,and the text to speech is robotic and offers strange pronunciation.

The story has only Kevin Renner and Ali Baba performing cameos,with a brief appearance of Lord Blaine,the main plot revolves around the future imagined Mormon religion on New Utah,a frontier world think wild west or Quentin's Patch from "The Mote in God's Eye" writ large,Moties in a primitive form have predated the First Empire,an explanation for more money in the system than there should be IS THE STORY,I could argue you can form this fiction as a 2D Green Eco-Argument or a simplistic outline of politics i the Middle East to stir thinking in young adults if stretched creatively by a Teacher.

The description of a Warrior Motie as a "Tweety Kitty".I thought, "Miffy Books", was amusing and a favourite for me.

I enjoyed it,however it is slow paced compared to "The Moat'/Gripping Hand" and if you were hoping to read about Moties from cover to cover extremely disappointing,the Kindle price at less than a third of the physical version of this tale represents value for money and unfortunately the absorption this story commands.

Three Stars because I have enjoyed it but this is a holiday/commuting/read.
Read more
7 people found this helpful
Helpful
Comment Report abuse
See all reviews
Unlimited One-Day Delivery and more
Prime members enjoy fast & free shipping, unlimited streaming of movies and TV shows with Prime Video and many more exclusive benefits.
> Get Started